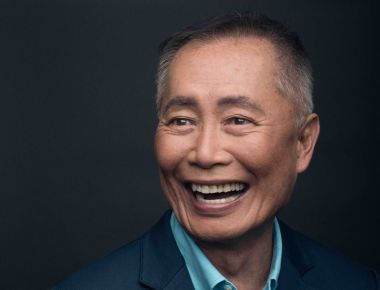 The 10th Annual Visionary Leadership Award will be presented to actor and activist George Takei for his social justice work that has spanned six decades. The pioneering actor, social media superstar, Grammy-nominated recording artist, and New York Times bestselling author has appeared in more than 40 feature films and hundreds of television roles, most famously as Hikaru Sulu in Star Trek, and has used his success as a platform to fight for social justice, LGBTQ rights, and marriage equality.

The Award was created in honor of the late Jean M. Handley’s leadership as a Founding Director of the International Festival of Arts & Ideas. Ms. Handley provided thoughtful and effective leadership as a lifelong champion of many of the region’s arts, cultural, social, and educational organizations. She was also a role model for women: a person of extraordinary wisdom and an individual of exceedingly high standards who was generous with her talent and time.

The Festival’s Visionary Leadership Award (above) is embodied in Hartford-born contemporary art visionary Sol LeWitt’s ceramic plate Star (1984). A Connecticut native, much like Jean Handley, Mr. LeWitt drew inspiration from his home state where he worked and shaped his artistic ideas. Described by Time magazine as “the man who made conceptual art an appealing concept…introducing a human factor into what could otherwise have been a mechanical process,” Sol loved to make decorative objects, and used to travel regularly to collaborate with local artisans to the town of Deruta in the Umbria region of central Italy, known worldwide for its ceramics.