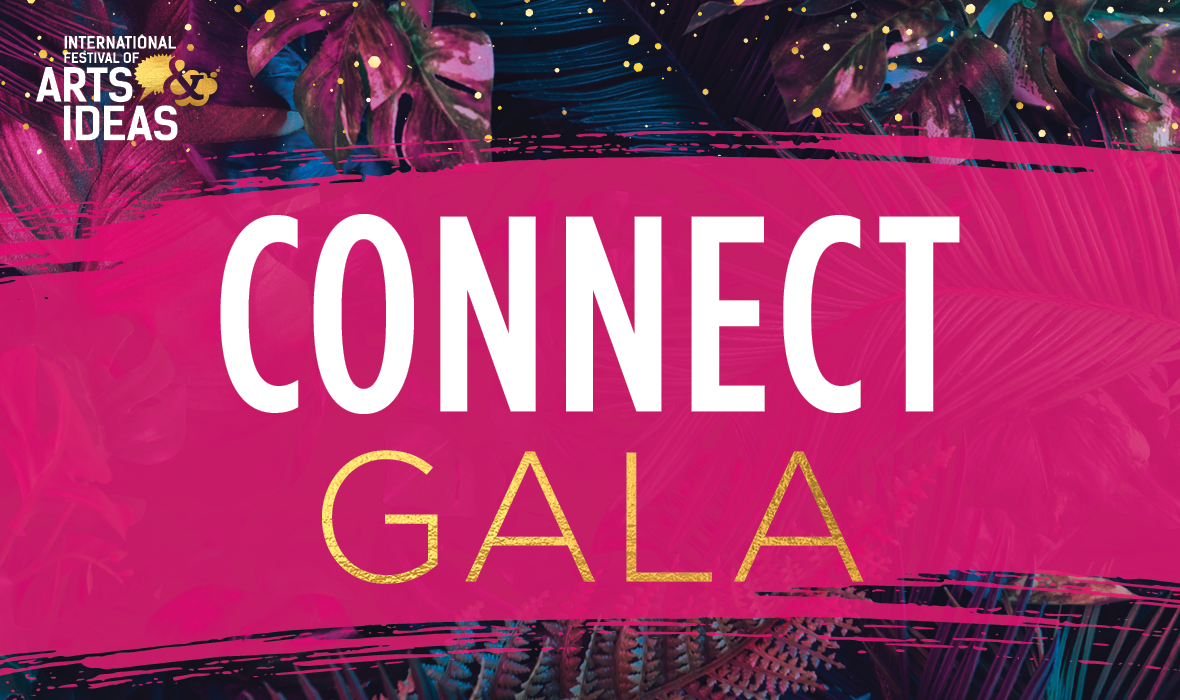 featuring a specialty cocktail from Zinc

Join us at the CONNECT Gala to celebrate the legacy of Gordon Geballe upon his retirement as Board Chair of the International Festival of Arts & Ideas after more than a decade of service.

“I’m sitting in the sun-filled restaurant of  Hotel Marcel  in New Haven, Connecticut, marveling at what’s before me. Not the imposing Marcel Breuer-designed brutalist structure itself. Nor that the landmark building sat abandoned for over two decades and now feels fresh and modern. I’m marveling at my latte. Decorated with a perfect foam flourish, delivered at just the right temperature, it was brewed and steamed with electricity from the hotel’s own photovoltaic solar panels. The same is true of every linen that’s laundered, every remote-controlled shade that is lowered, and every warm bath that’s drawn. Hotel Marcel is the country’s first fossil fuel-free hotel.” –Vogue Magazine (Full Article Here)

We are thrilled to be among the first to welcome guests to the 9th Floor Loggia of the Hotel Marcel, the restored Pirelli Building that has gained national acclaim as the country’s first fossil fuel-free hotel. Learn more and book a room at hotelmarcel.com.

Stay the night! Special rates available for guests the evening of September 23. Call Hotel Marcel at 203.780.7800 to book by September 6.

Annalisa Ewald, studied classical guitar with Sophocles Papas, colleague of Andrés Segovia, and after studies at San Francisco Conservatory and Bard College won grants for five concert series in NY State from the New York State Council on the Arts (NYSCA,) initiated the Warne Lounge Concert series for the Cosmos Club in Washington, D.C. and has been a featured performer for numerous societies and festivals including the Villa Lobos Festival, the Washington, D.C.Guitar Society and the Santa Barbara Bach Festival.

Her first live solo album was well-received by critics and garnered the No. 8 spoton the Billboard Traditional Classical chart. Her collected transcriptions of Argentine tangos by Carlos Gardel is pending publication by her publishing company, Hipogriffe Editions. After decades of teaching she developed The Ewald Suzuki Guitar Method, a proprietary approach to learning classical guitar. She is a frequent soloist and ensemble player in the NY metropolitan area and recently launched Circe’s Consort, an ensemble exploring seldom-heard music of the 16th and 17th centuries.

DJ JD presents is Manhattan's newest rising talent serving the LQBTQIA2S+ and POC nightlife communities in NYC. Offering mobile services and residencies in NYC's most iconic neighborhoods, DJ JD presents lets the music be the star of the party.

Chair of the International Festival of Arts & Ideas' Board of Directors

After more than a decade of service on the Board of Directors, Geballe will transition into the role of Immediate Past Chair beginning in October with the appointment of Rev. Kevin Ewing as the Chair of the Board of Directors. The International Festival of Arts & Ideas is thrilled to have Geballe’s continued support and excited for his opportunity to embrace rest and the joy of his family, knowing that he made an indelible impact on our work and this city.