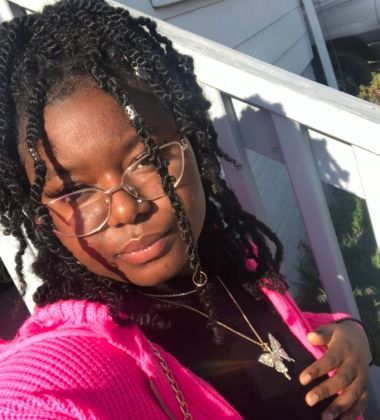 Ka'Niyah Parker was born and raised in Rochester, New York, before relocating to New Haven, Connecticut. Her name is Ka'Niyah Parker, and she is a very ambitious young woman who strives to be at the top of her class. She is always curious and pushes herself to learn new talents while continuously discussing strategies to ensure her and others' success. Ka'Niyah Parker is a prospective entrepreneur as well as an ambitious visual artist, musician, tutor, student, and athlete. She has a 4.0 GPA and is among the top students in her class. She currently tutors in her spare time, primarily in math, ranging from pre-k to calculus for seniors. In her quest to become something of herself, she has served as an ambassador for the Imatter movement, speaking to and empowering teens like herself, taken college courses in peacemaking, business, and sociology, won her school science fair with "Eggcellent Teeth," and performed on the flute throughout the city. Is involved in sports such as softball and track (relay and 400 meters) and has enrolled in programs that deal with racial issues and prejudice, as well as mental and rape programs, in order to become more informed and to help take action, as well as being a member of the student council, learning how to take charge and be led, and learning the power system of how to be a future leader.