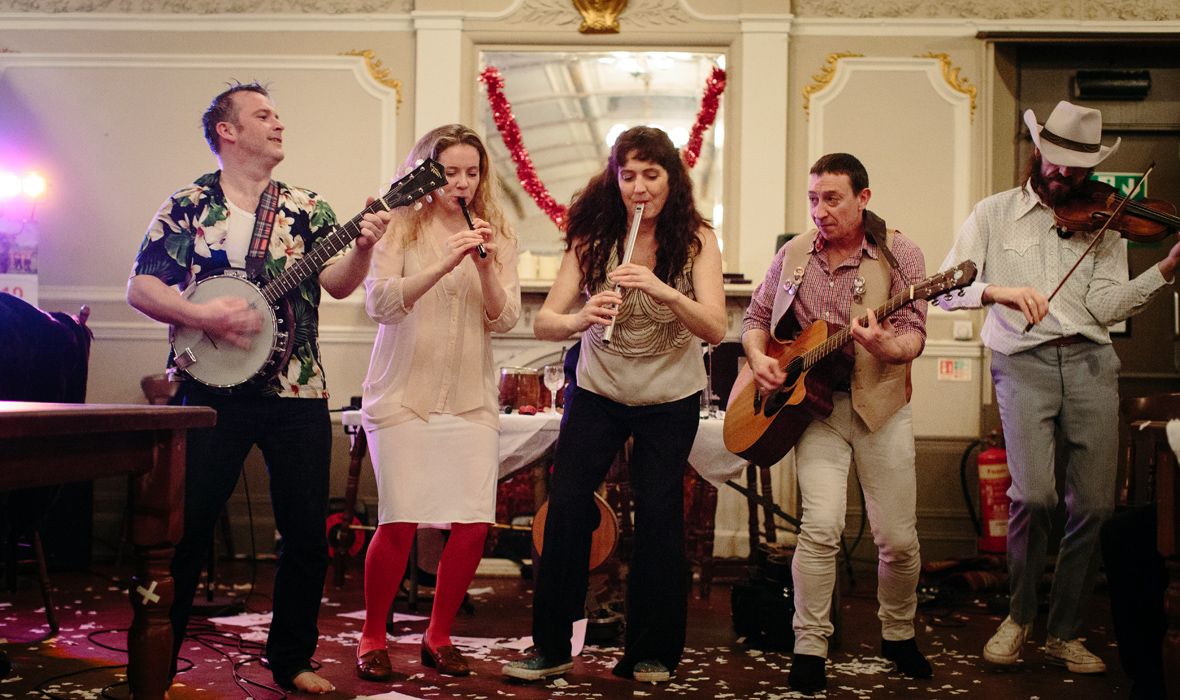 When National Theatre of Scotland brought The Strange Undoing of Prudencia Hart to America and the Elm City in June 2012, the musical play’s stage was the Wicked Wolf, the 144 Temple St. bar that has also had incarnations as Russian Lady and Playwright.

Now it’s back for a limited run of six shows, ahead of the Scottish theater company’s new offering at the International Festival of Arts & Ideas in June called “Our Ladies of Perpetual Succour.”

In 2012, Register reviewer E. Kyle Minor called Prudencia a “modest, imaginative piece of old-fashioned storytelling” and “a wonderful diversion” despite a couple of overdone scenes.

Mary Lou Aleskie, executive director of the New Haven festival, said Monday in an email exchange, “We love Prudencia and are so proud that the festival launched it in the U.S. and now here it is nearly five years later and the show is still going strong. When it was here during the June 2012 festival, it missed an entire audience of academics who will just love it as much as we do.”

Which brings us to the return location for the touring Prudencia at GPSCY, the Graduate and Professional Student Club at Yale University, from Wednesday through April 3, in the club’s Gryphon Pub at 204 York St.

Aleskie wrote that “we are proud to continue our successful partnership with the National Theater of Scotland into the summer with the U.S. premiere of their next runaway hit, Our Ladies of Perpetual Succour.”

Prudencia navigates a dream-like journey of self-discovery in the show, which premiered in Glasgow before achieving popular and critical success at the 2011 Edinburgh Festival Fringe. Inspired by Scottish border ballads, Robert Burns and Gaelic culture, the show’s dialogue is delivered in a romp of rhyming couplets.

To back up the play’s origins, the production is staged in taverns, breweries, pubs and other such venues. It was written by David Greig and directed by Wils Wilson. As an A&I release points out, GPSCY is an ideal site for this staging because the title character is a folk-studies scholar on her way to an academic conference who gets snowed in at a pub. The production will be a rare opportunity to experience a pub typically used exclusively by the Yale community.

Read the complete article at the New Haven Register.

Joe has been the TV editor, features writer, columnist, general assignment reporter and copy editor for some 35 years in New Haven, first with the Journal-Courier and then the New Haven Register. Reach the author at jamarante@nhregister.com or follow Joe on Twitter: @joeammo.