Home Festival Blog The Story of John Henry - According to Artists, Historians, and Neuroscientists 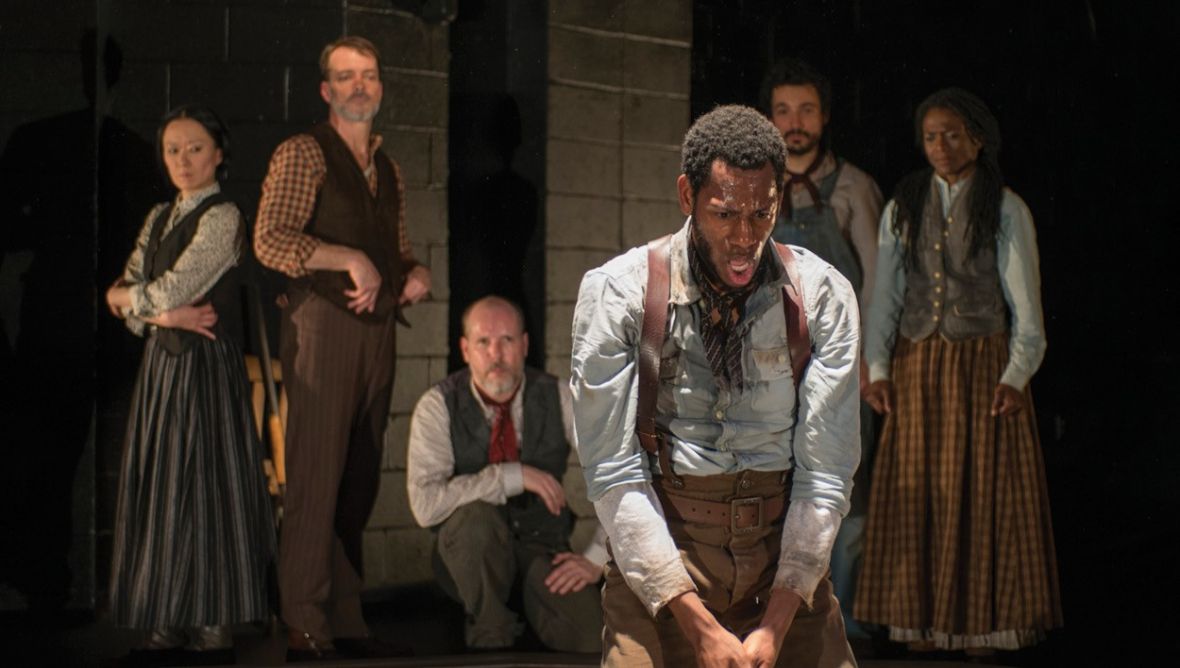 The Story of John Henry - According to Artists, Historians, and Neuroscientists

One great thing about programming across Arts & Ideas is that Ideas events can often take advantage of the presence of artists involved in Festival performances.

This year, I knew that with the programming of the play Steel Hammer I would be able to feature Julia Wolfe, the composer, and Anne Bogart, the director, in respective events. I was excited to think about how to engage them to drive panels that related to Steel Hammer. One aspect of show I so admire is how the music, composed by Julia, and the dramatic text, written separately by four different playwrights, tells much more than the story of "John Henry" but, more interesting to my mind, also the story of that story’s refraction.

How does “the truth” transform into a legend with version upon version? How does one man’s story mushroom into a multi-faceted, multi-layered representation of our national identity? For this, I invited Julia and two of the show's playwrights - Carl Hancock Rux and Will Power - for a conversation to be moderated by historian Scott Reynolds Nelson: American Myth into Art: Steel Hammer and the John Henry Story. Nelson's book Steel Drivin' Man: John Henry, the Untold Story of an American Legend investigates the biography of Henry and the evolution of his massive myth - a myth to which Steel Hammer artists have actively added their own layers..

The other aspect of Steel Hammer that intrigued me was its approach to story. While the model of corporate authorship naturally disperses the narrative across four different playwrights’ voices, as well as Julia’s music, the show hones in on this famous story, with its tragic ending. Anne Bogart's recent book What’sThe Story? turns attention to narrative and the empathy it inspires when told, which is a quite different focus than Anne’s earlier interest in fractured. postmodern work. I also noticed references to neuroscience in the book - along with pretty much every other discipline - and thought it would be interesting to hear how narrative and empathy actually work in the brain, and so invited neuroscientist and psychologist Hedy Kober to converse onstage with Anne in the Ideas event Stories We Tell. Why do we feel for or identify with characters? How do our neurons fire when we see the stories of others embodied? How and why could that matter today?