Home Festival Blog Get Your Festival Game on with "The Money"! 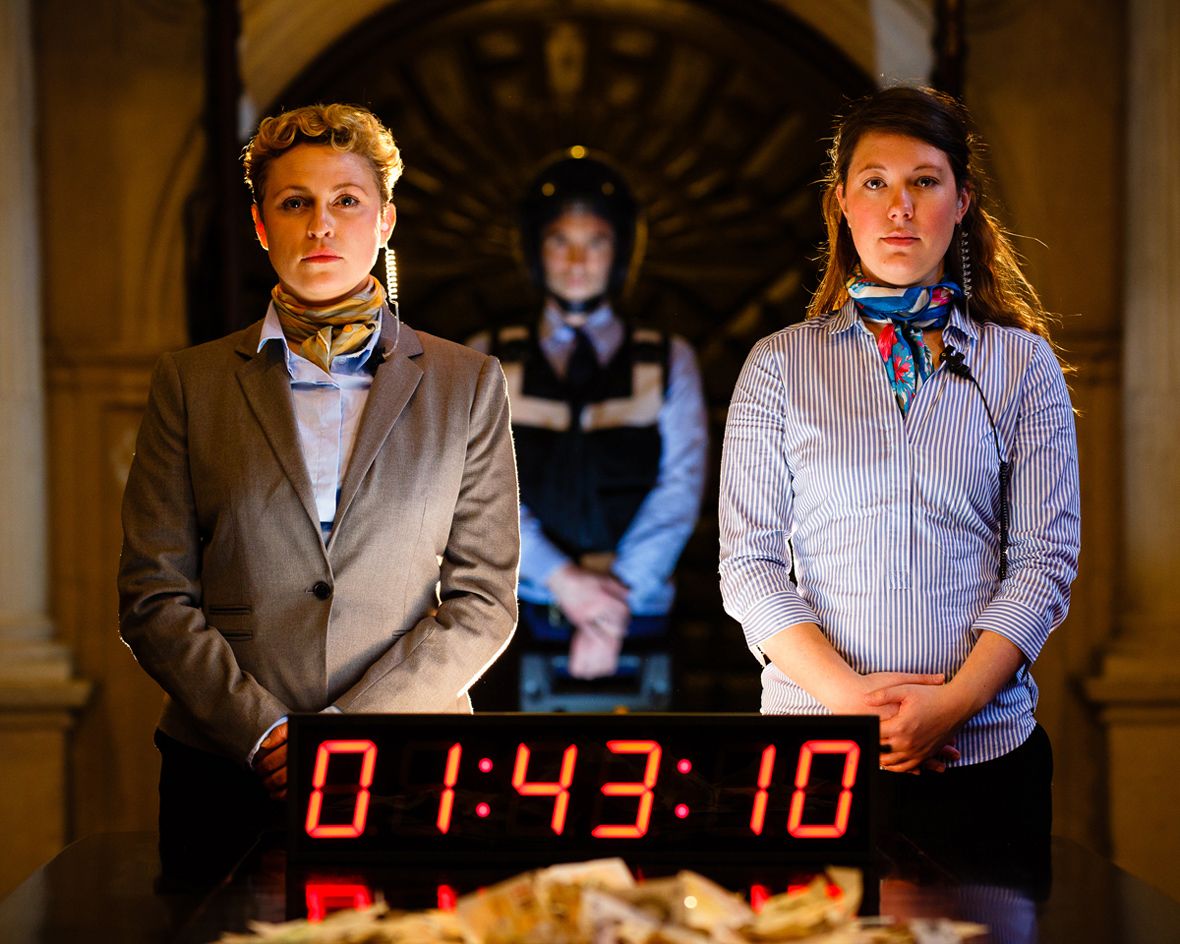 Get Your Festival Game on with "The Money"!

A fascinating, unpredictable piece of interactive theatre from Kaleider, The Money travels from its popular run in the U.K. to New Haven for its American Premiere June 18 - 25.

As the clock ticks, audience members who choose to participate as Benefactors come together around a table to decide how to spend a pot of money. Audience members who have opted to be Silent Witnesses get to watch the fun (and won’t be called on unless they decide to buy in and become a Benefactor). The trick is, the Benefactors’ decision about spending the money MUST be unanimous. If the group does not agree, the money rolls over to the next performance, where the stakes will be even higher. During the Festival, The Money negotiations take place in the Library of New Haven’s illustrious Quinnipiack Club.

I Skyped with Executive Producer Emily Williams to ask some questions about how the game - I mean show - works. Without introducing any spoilers, here’s the 411 on The Money:

A&I: Where did the idea come from, to bring people together to make a joint financial decision in a performance format?
EW: The best place to find out more about where the idea came from is to watch this video.

A&I: How many Benefactors are in the “cast”?
EW: The maximum that we can begin the show with is 15 Benefactors, but this often grows through the show if Silent Witnesses buy in.

A&I: How do you choose your performance venues? and what are some of the most exciting locations you’ve performed in?
EW: We describe The Money as a “context specific” show. We try to site it in places of civic decision making. Ideally it is sited in the place of decision making for the community that will make up its audience. So this might be a Town Hall, City Chamber, or a Guildhall. The show works less well in blank spaces.

It has worked best to date at Houses of Parliament and Exeter Guildhall – a building in which civic decisions have been made for around 10 centuries. Exeter Council still hold public meetings there. The gravitas of the space itself is important.

A&I: How much money is at stake?
EW: That depends on if there has been a rollover, and how much the Benefactors donate.

A&I: How do most groups spend the money?
EW: About 60% of Benefactor groups make a decision and there is a real mix of things – these can be anything from charity to going to the pub.

A&I: If someone starts out as a Silent Witness can they become a Benefactor during the show?
EW: Yes, Silent Witnesses can buy in at anytime by paying a minimum of $20 (no maximum).

A&I: Can you come back to a second performance in either role?
EW: Yes definitely and we really like it when this happens!

Join us for The Money at the Q Club in June. Then watch out for the release of the board game!