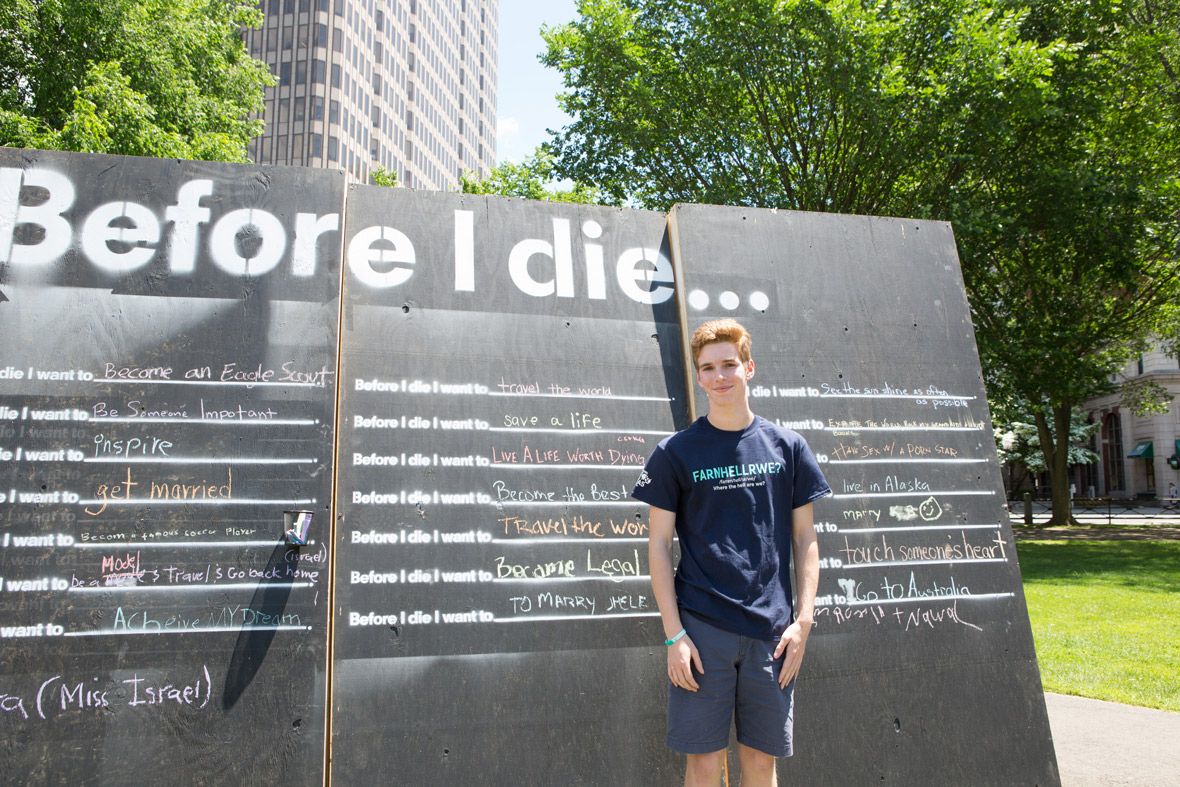 At the Festival this summer, hundreds of people were pondering this question, along with several other ideas; “I want them to know…” and “I have learned…” 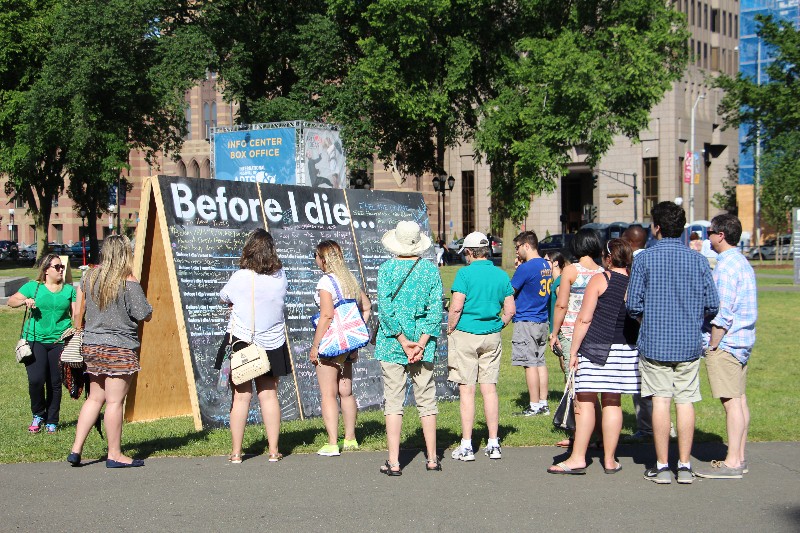 If you were to strike up conversation with one of these people, it would likely spur a very thoughtful and deep talk. As the project manager of the “Before I Die” boards at the International Festival of Arts and Ideas, I happened to do this with several of the Festival visitors, and was blown away by what they said. One man talked to me about rebirth and the joy of learning, as he had written “[Before I die I want to] forget EVERYTHING!” Another man told me that it was incredible how much he could relate to so many of the responses written on the board, even though the words had been scribbled by people of all ages and races. I didn’t even have to tell people I was the creator of the structures for them to turn to me and say something along the lines of, “I’ve never really thought about this. This is a good question. It’s hard,” creating a dialogue with me first.

“Before I die” boards were first created by Candy Chang in New Orleans, and I have built upon her ideas by making the “I have learned” and “I wish they knew” boards. More on Candy Chang and Before I die boards across the world can be found at online.

I created these “Before I die” boards because of two reasons. 1. I wanted to do something that really spoke to me for an Eagle Scout Service Project, rather than do a normal construction- based project, and 2. I love interactive public art. By making this idea a reality, I can see, as well as everyone else on the green, what an impact these 12’ by 8’ blackboards have on people. This is not only shown through what has been written on the boards themselves, but by being able to see people stop and think about what they want to do before they die as well. I see these boards as a chance for people to take a break in their undoubtedly busy lives and think, “What am I doing with my life? What do I want to be doing with it? How can I do this?” Personally, a fear I have is not doing anything in my life; to end up dying unsatisfied. I feel like by building these boards, (with the help of fellow scouts, friends, and family) I can help people change their own lives so that they can be happier. 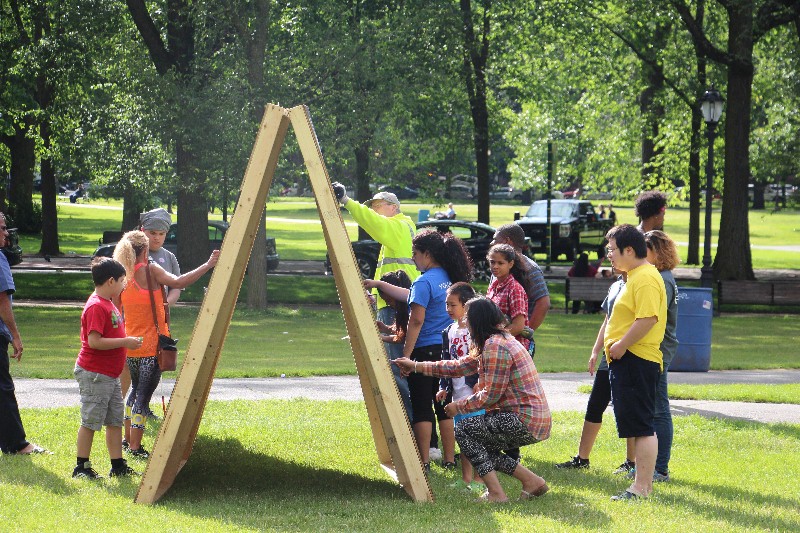