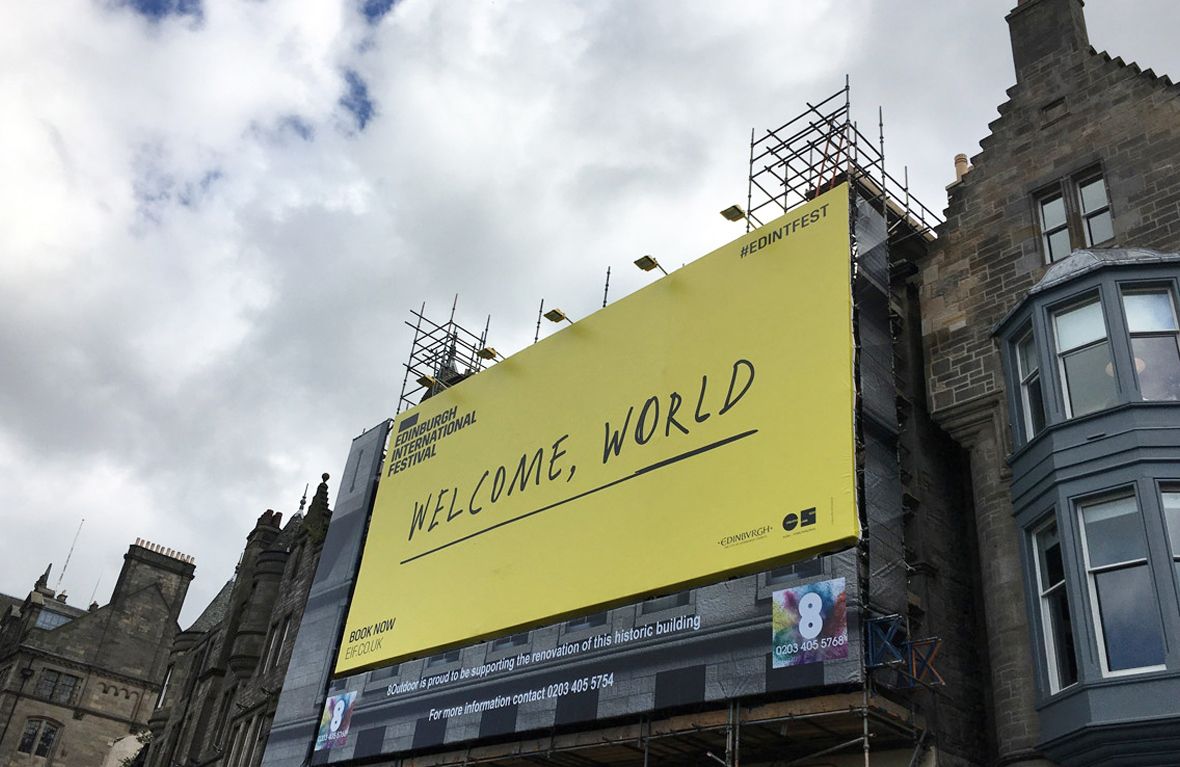 "WELCOME WORLD" proclaimed the Edinburgh International Festival on a stunning yellow sign, many stories high, mounted on the Assembly Hall on The Mound, a focal point for the entire city. Hard for any visitor to Edinburgh's acclaimed festivals to miss the message this August.

Profoundly symbolic in every way, this banner represented what all of us working in the world of festivals strive for every day: to create a pathway through the arts and humanities that brings the world a little closer together. Even the placement of the banner on the Assembly Hall, traditionally one of the Edinburgh Fringe Festival's most active venues, seemed to scream out WE ARE BETTER TOGETHER!! It has not always been the case that the esteemed International Festival and the Fringe Festival work in collaboration. In fact, the Fringe was established in protest to the more highbrow international festival. But yet, there the banner stood proudly proclaiming ALL ARE WELCOME TO ENJOY US AND EACH OTHER. This is the essence of Festival life.

On the ground, those who traveled from throughout Europe and the world to perform or participate had lots of other things on their minds. BREXIT is the nationalistic head-scratcher that is keeping UK citizens up at night, especially in Scotland which almost unanimously proclaims its commitment to Europe with even greater loyalty than to the UK. U.S. politics and a shift toward nationalistic exclusionary talk worries and baffles everyone. Racially motivated violence in U.S. cities has given rise to an international Black Lives Matters movement that has captured Europe's attention. And the international refugee crises has even the most welcoming countries feeling the political and social stress of extending support to displaced peoples of the world. 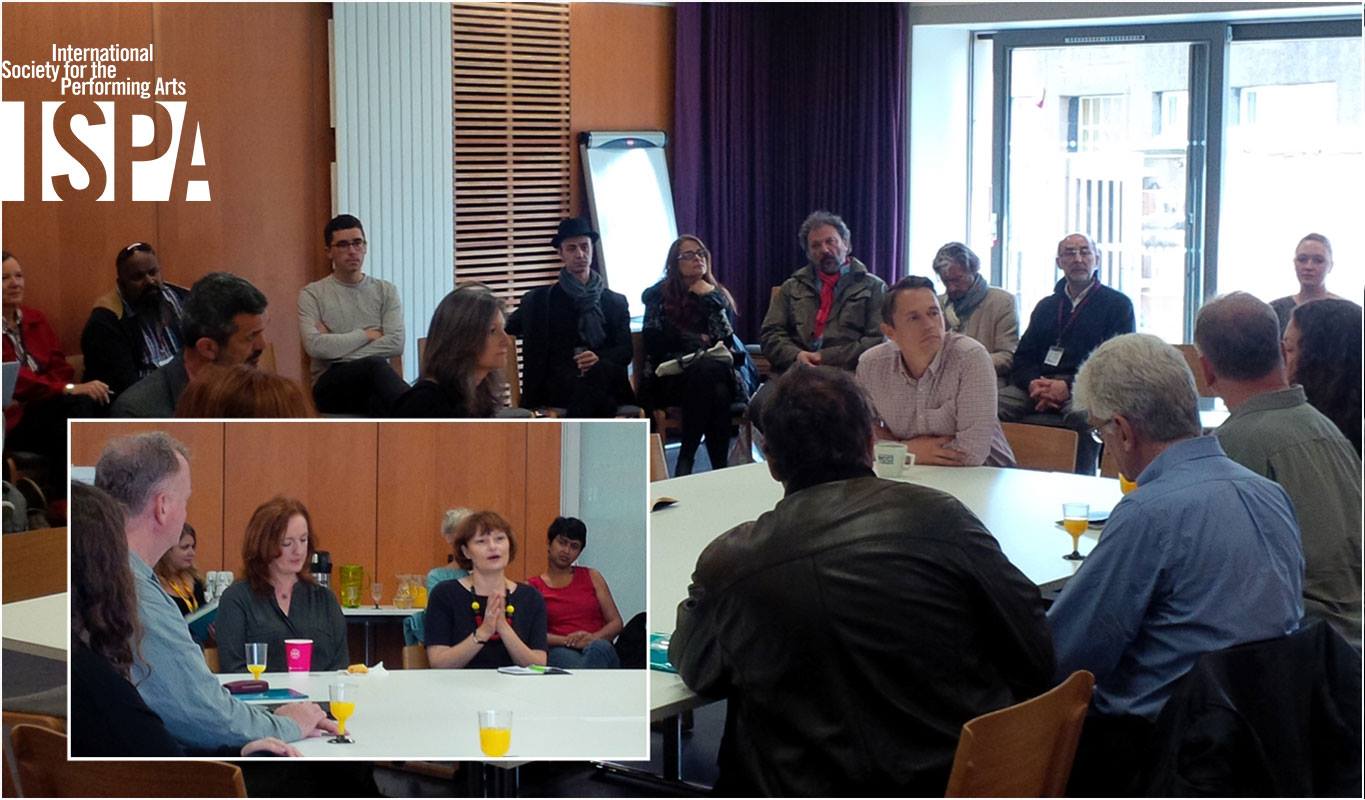 Yet there, in Edinburgh, amidst the single largest Festival city in the world, I had the privilege of moderating a round table conversation with colleagues from the UK to Brazil to India, all striving to be better at bringing people together through the work we do in the performing arts. This convening was an effort of the International Society for the Performing Arts (ISPA) in collaboration with the Edinburgh Fringe Festival, Edinburgh International Festival, and Edinburgh Festivals organizations.

And YES ....giving strength to people around the globe—those who are devoted to encouraging and emboldening those who make performances and people matter—is vitally important work, especially at a time when the divisions among us are more visible than the unity.

I am proud and humbled to be the chair of ISPA at such a critical time in our history. I find hope in its members, arts leaders who know why it is important to get up every morning and do the work we do, even against the most challenging odds.

Much of this resonated—for me on a personal level—in a beautifully choreographed and enacted theatrical work called US/Them. Based on a true story of a terrorist ambush of a well-heeled private school in Belgium, the work did an incredible job of describing the "have" and "have nots" of the story, pointing to the nearby but drastically different existence of the Chechenian community that was behind the seizing of a school, the hostage-taking of its more affluent children, families, and teachers, and ultimately the death of many ... both Chechenian and Belgian.

How hard it was to not think about a code red day last year at my daughter's high school in New Haven when gunfire erupted outside of the school, sending students and teachers under their desks and into closets for hours on end while police tracked down the shooters who were hiding around the premise and in the surrounding neighborhood.

There are simple things we all want. Safety for our families. Understanding and civility in our communities. Yet how hard it is for us to get there when there is such blatant inequity.

The arts are a place we can all find our humanity. A place that generates awe, inspiration, and empathy. How important it is that these gifts are shared equally especially in such divisive times throughout our world.