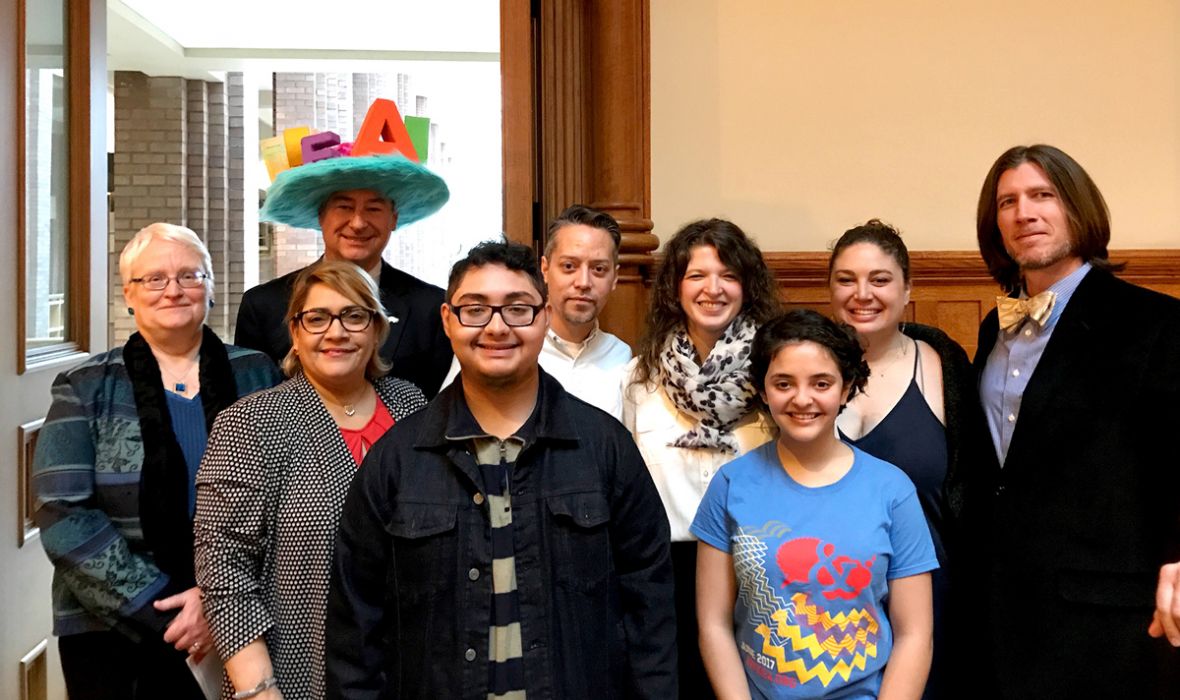 New Haveners were all invited Thursday to read a book about immigration, then come together to discuss it.

The invitation was issued at City Hall, where Mayor Toni Harp, City Librarian Martha Brogan, and representatives from the International Festival of Arts & Ideas, JUNTA for Progressive Action, and Baobab Tree Studios announced this year’s “Big Read,” a citywide book club with activities that run from this month through the end of June.

The festival has this year selected Luis Alberto Urrea’s Into The Beautiful North, published in both English and Spanish.

The “Big Read” is done in partnership with the National Endowment for The Arts (NEA), a national host and funder of the program. Each year, the NEA provides a list of suggested books; Into The Beautiful North is one of the 2017 picks. This year, the festival received $14,000 from the NEA as one of its grantees.

Brogan called the book, an immigration story that follows Mexican teenager Nayeli to the U.S.-Mexico border, “an excuse for people to stay home” and read on cold, rainy days like Thursday. She lauded Urrea’s text as a timely narrative that will resonate with New Haven parents, teens, and children from different cultural backgrounds. She said that the library has put copies on reserve, joining nine New Haven high schools that have distributed 195 copies of the book so far.

“I would like to recognize the unique strength of New Haven to come together and read” for the event, she said, echoing Harp’s classification of the event and its ancillary activities as “something of a community book club ... meant to advance the city toward a greater love for learning – by reading.”

She added that the library will help host some “Big Read” events, including a film screening at the Fair Haven library branch on April 29, May 5 kickoff party at JUNTA, and May 25 “Dinner & Dialogue” collaboration with City Wide Youth Coalition.

For New Haveners like Mariana Robles and Daniel Ramirez, both juniors at New Haven Academy and Fellows with the festival this year, the book is a chance to share the realities of immigration stories —realities that Robles heard about growing up— with the community.

Growing up in Wallingford, she recalled hearing friends’ parents and adults at her primarily-Mexican Catholic church swallow their immigration stories, Spanish-language skills, and traces of Latino heritage to “act American,” to assimilate into their Connecticut workplaces and friend groups.

“It’s important for immigrants to know where they came from,” she said. “If you really think about, we’re all a nation of immigrants.”

Arts & Ideas Interim Co-Executive Director Tom Griggs (He is co-executive director with Chad Herzog and Liz Fisher) announced that programming around Into The Beautiful North has been so successful so far that the festival is already planning to do the “Big Read” with poet and essayist Claudia Rankine‘s Citizen in 2018, regardless of whether the NEA delivers funding.