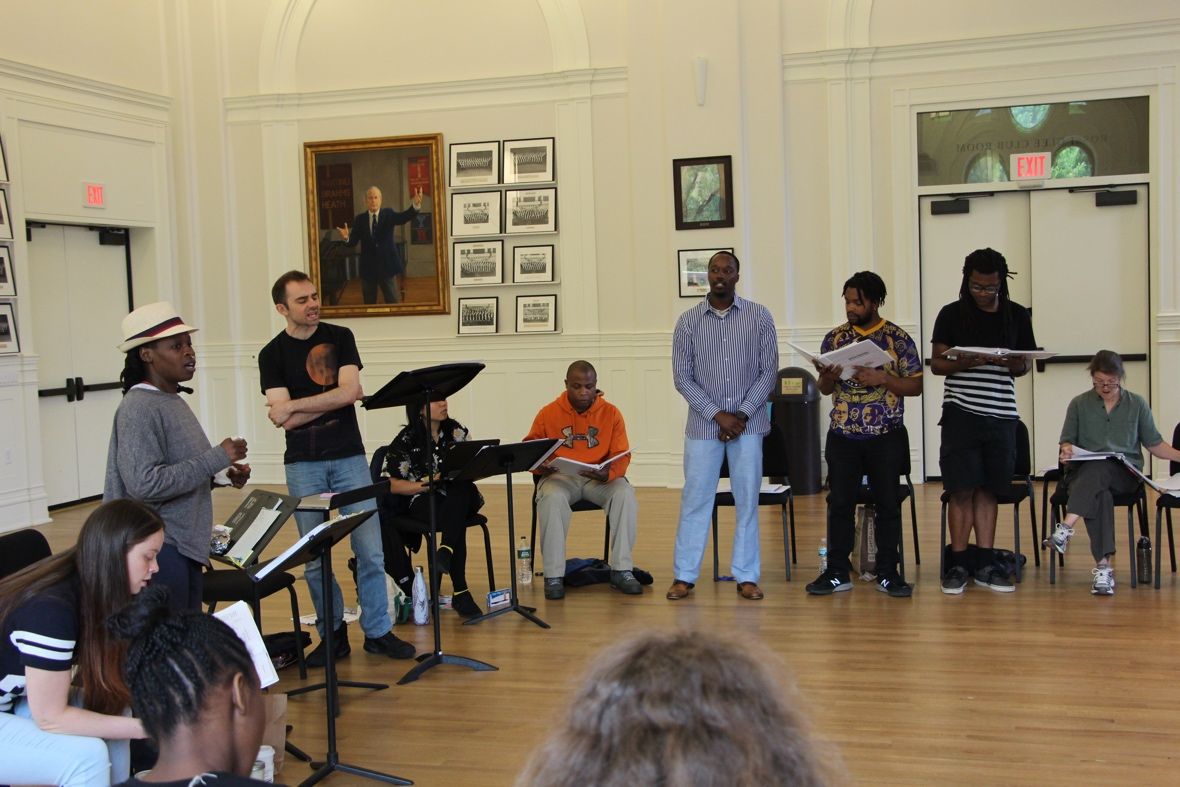 Aaron Jafferis on (Be)longing: Personal stories provide people with a pathway to connection.

Creative Team Aaron Jafferis and Byron Au Yong are bringing New Haven a powerful piece of theatrical composition with the show (Be)longing, performing on the Long Wharf Theatre stage Saturday, June 17 and Sunday, June 18 at 2pm each day. (Be)longing reflects on gun violence, large-scale tragedies and their impact on society. Going hand in hand with the performances are the Activate (Be)longing events taking place throughout the month of June in order to engage the public in discussion and build connections.

The concept of (Be)longing was born when composer Byron Au Yong and librettist Aaron Jafferis began questioning the connections and disconnects between instances of gun violence in their communities and large-scale tragedies such as Virginia Tech or Newtown.

“It became particularly troubling to me after Newtown when the response felt like it didn’t acknowledge any connection between the daily violence that happens in a place like New Haven or Bridgeport or Hartford with what happened in Newtown.” Jafferis commented, “Also didn’t acknowledge any connection between the victims and families of those on going tragedies in our cities and this tragedy in Newtown.”

Acknowledging those feelings the duo began working on a piece entitled “Trigger” that would later become (Be)longing. The show was developed for three years throughout the country spending most of it’s time at Virginia Tech where it premiered in March of 2017, right around the 10th anniversary of the shooting there. People at Virginia Tech requested that the name “Trigger” be changed because the name was too triggering for some people and could prevent them from attending a show “that might otherwise move them”. While the title was originally meant to engage the audience in thought as to what may trigger someone to resort to violence as well as what triggers community and belonging, the creative team began looking for a title that wouldn’t exclude any potential audience members.

“(Be)longing felt like it got to two of the core issues in the show. One the feeling of isolation versus belonging and also our longing for a city, a New Haven, a country in which young people are not shot,” Jafferis said, “or a longing, which can contribute to feelings of resentment, anger, rage, whatever might lead me or someone else to consider violence.”

Jafferis expressed the need for community to prevent violence, by creating a community that is welcoming and one that doesn’t exclude those who feel isolated. Those are two of the biggest things people can do to prevent violence. When an individual who once felt isolated or excluded is welcomed into a community and welcomed into a circle of care the less likely the person is to want to do harm to anyone in their proximity.

“Paying attention to folks who might feel excluded and reaching out directly, and also creating entry points for folks indirectly who we might not know are feeling excluded, that’s one of the biggest things we can do to prevent violence period.” Jafferis added. 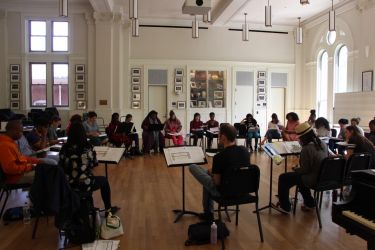 (Be)longing includes a performance as well as optional interactive/participatory activities and discussions. Act 2 of 3 in (Be)longing includes activities such as responding to a short prompt on a piece of paper or sharing a personal story with another person in your group. All activities are encouraged, but are completely optional for audience members.The goal is to draw people into progressive and beneficial conversations. By participating in these activities, audience members will get the chance to create connections with those who would have otherwise remained strangers.

Activate (Be)longing is another branch of activities that tie into the meaning of (Be)longing as a whole. These sessions will occur on various nights throughout the month of June, to work towards acquiring valuable knowledge that may help curb violence in our communities.

“Byron and I and the rest of our collaborators, we don’t know how to stop or curb youth involved shootings in New Haven or in this country. We just don’t know, we have some ideas, but there’s going to be many more people in the room who have as good or better ideas than we do, and so we’re trying to use (Be)longing as a way to bring those ideas to as many people as possible,” said Jafferis.

Through trial and error the creative team has learned that placing a strong emphasis on personal stories provide people with a pathway to connection no matter what differences they may have to keep them apart.

Singers, beatboxers, and hip-hop artists come together to tell a story of collective understanding and examine the topic of violence and gun violence through a hip-hop narrative. Jafferis hopes that (Be)longing will reach those of all ages from those who grew up on Hip-Hop to those just being introduced to it.

“Hip-Hop can be intensely narrative and unafraid of direct argument and trying to make a point, it can also be the heaviness and importance of the beat that really connects to the body and the human heartbeat. The themes in (Be)longing directly connect to the body and to our breath and life and death...Hip-hop has also been vilified as one of the sources and reasons for violence and gun violence in particular in this country, and yet it is also often a tool for peace,” says Jafferis, who grew up on Hip-Hop, which is why he used the genre to structure (Be)longing.

(Be)longing is a dialogue through performance and human to human connection purposefully created to raise awareness on issues affecting cities across the United States. It’s the opportunity to answer how we as a city and as a nation can create safety, community and (Be)longing.