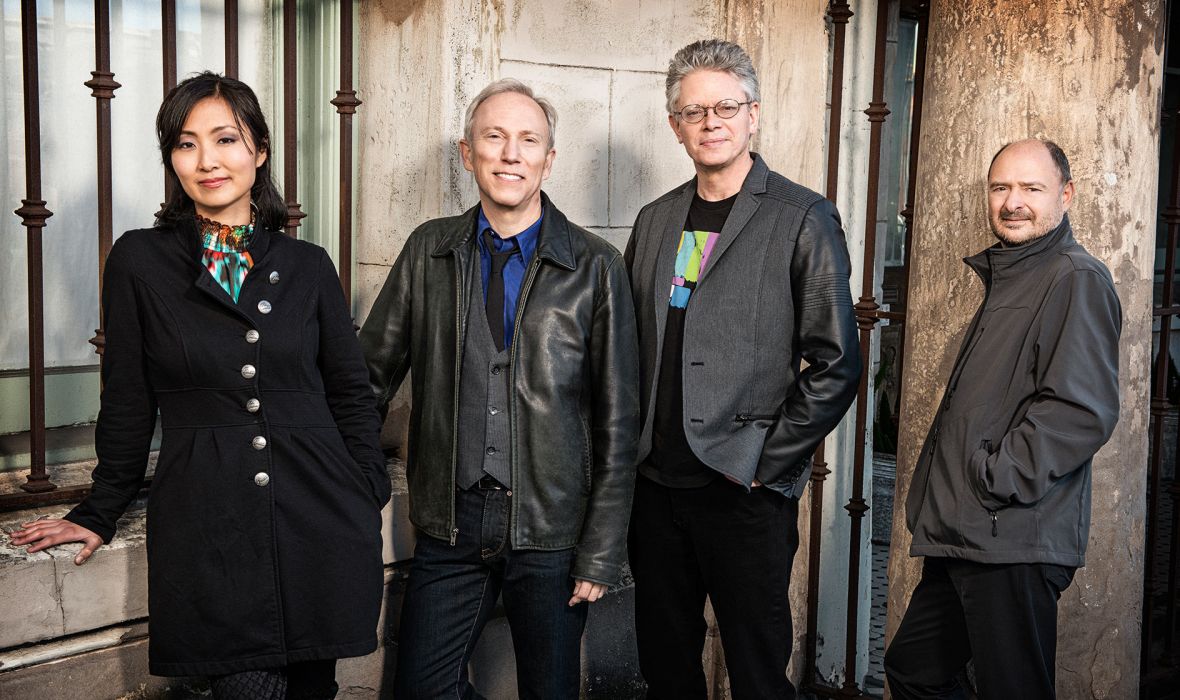 Kronos Quartet performs a piece based on King's iconic "I Have a Dream" speech in Music for Change: The '60s - The Years that Changed America. Learn More >

Martin Luther King may have never delivered his "I Have a Dream" speech if it weren't for two musicians.

One of them is King's personal lawyer and speechwriter, Clarence Jones, a classically trained clarinetist. Upon meeting King, Jones agreed to join his mission in part because of the young minister's oratory abilities, particularly the musical qualities of his booming voice. Eventually, Jones' notes from his conversations with King -- about segregation, discrimination, financial disenfranchisement, and voter suppression -- made their way into the first several paragraphs of "I Have a Dream."

But it was Mahalia Jackson, the New Orleans-born singer widely regarded as the Queen of Gospel, who prompted King to go off-script on Aug. 28, 1963 at the March on Washington. When King was two-thirds of the way into his pre-written delivery, as Jones has recalled in various interviews, she shouted out from behind the podium, "Tell 'em about the dream, Martin." King moved aside his script and began to improvise the speech's most iconic passage, and that dream became synonymous with the civil rights movement as we know it today.

That seemingly minute yet crucial moment in our nation's history captivated Kronos Quartet founder and violinist David Harrington, who reached out to Jones after learning about it on the 50th anniversary of the "I Have a Dream" speech in 2013.

"I'm really interested in these pivotal details that kind of shape things," says Harrington, when I meet him at Kronos Quartet's Sunset District headquarters. He's just finished a rehearsal for Peace Be Till, a new piece based on that historic moment in Washington, D.C. composed by the young, Oakland-based musician Zachary James Watkins that Kronos will debut at Carnegie Hall in New York on Jan. 19.

After learning about Mahalia Jackson's exhortation to King, Harrington looked up Jones, who is now 87 years old and lives in Palo Alto. ("I Have a Dream" wasn't the only crucial role Jones has played in history: He was the first African-American partner at a Wall Street investment bank, and he coordinated legal counsel for King in a landmark Supreme Court case -- Sullivan vs. the New York Times -- that came to define our current understanding of libel.) These days, Jones is a visiting professor at the University of San Francisco and a scholar-in-residence at Stanford.

"Very quickly, he and I were talking, and basically he told me the whole story," says Harrington. "He mentioned that he'd grown up wanting to be a clarinetist, and he studied at Julliard. When you start adding things up, Martin Luther King surrounded himself with musicians."

Fast forward to a year ago, when Carnegie Hall invited Kronos Quartet to participate in a festival, The ’60s: The Years that Changed America, that takes place this week in New York. Harrington had been thinking of a way to tell the story of Martin Luther King, Jr. and Mahalia Jackson through music. Watkins, best known for his experimental duo Black Spirituals, turned out to be the perfect composer for the challenge. With his academic training and DIY approach, his work with Black Spirituals is acclaimed for channeling African-American legacies of music-as-resistance through visceral, emotive improvisation.

After Harrington tapped him for the project, Watkins, too, became obsessed with that significant interaction between King and Mahalia Jackson. "What is it that Mahalia sensed at that moment? What kinds of skills or qualities does it take to have the instinct to know this timing?" Watkins says, snapping his fingers emphatically. "Timing is part of the art we do. And it's bigger than performance in this case. It's about the timing of our consciousness, so she's a really heavy person in that moment. That's the weight this piece is attempting to explore."

Peace Be Till features Watkins' original score for Kronos Quartet, electronic sound design elements, and audio from his two-hour sit down with Jones at Women's Audio Mission, where he interviewed him about his first time meeting King and the moments leading up to "I Have a Dream." Watkins juxtaposes these personal anecdotes with Jones reading from King's seminal text "Letter from a Birmingham Jail," which doesn't mince words in calling out systemic racism and white moderates' complacency in injustice.

The musicality of speech and how it can move people on an emotional level is another important line of inquiry for Watkins in Peace Be Till. "Never had I heard any human being on two legs with a voice -- never, never, ever had I heard anyone speak like that! It was mesmerizing! It was spellbinding," says Jones of his first impression of King in the interview snippet Watkins uses in the piece. The same could be said about Jones' own style of speaking: Carefully measured, yet emphatic when it needs to be, with a vigorous delivery that resounds from the chest.

"That was a big part of the early stage of the piece: Listening and trying to gather musical ideas from [Clarence's] voice and the tempo of his speaking," says Watkins.

In the section rehearsed from the piece, Watkins chops up Jones' narration out of chronological order, splicing his memories with drone-like humming, celestial electronics, and booming echoes that create a dreamlike, subliminally emotional effect. Snippets of singing well up throughout like the beginnings of, well, a black spiritual.

"Basically he's talking about how his training in music and his own musical sensibility -- how that was a resource for working with Dr. King, especially as a speech writer," the composer says. "I really appreciated that information because that's actually very deep, what he's saying there."

He elaborates: "It's almost mystical how we are moved by speaking and speakers. And there's also something that we can understand about oration and congregating and preaching. The voice -- pretty powerful." (Jones poignantly describes King's speeches as "a symphony of social justice" in Peace Be Till.)

Field recordings Watkins took of chains clanging -- evoking the passage of the enslaved from Africa -- and the recent Berkeley alt-right protests and counter-protests tether Peace Be Till to the present as well as America's inescapable history of subjugation and oppression. But its emphasis is on a historical figure who, perhaps like no other in recent history, united the masses to mobilize for justice -- something that's achingly missing from our deeply divided political moment.

One remedy for that? Listening, says Watkins.

"I think that we could all listen better," he says. "That type of hunger to hear and to experience through patience and attentive listening can actually affect your energy, your decision-making, and just your engagement with the world."