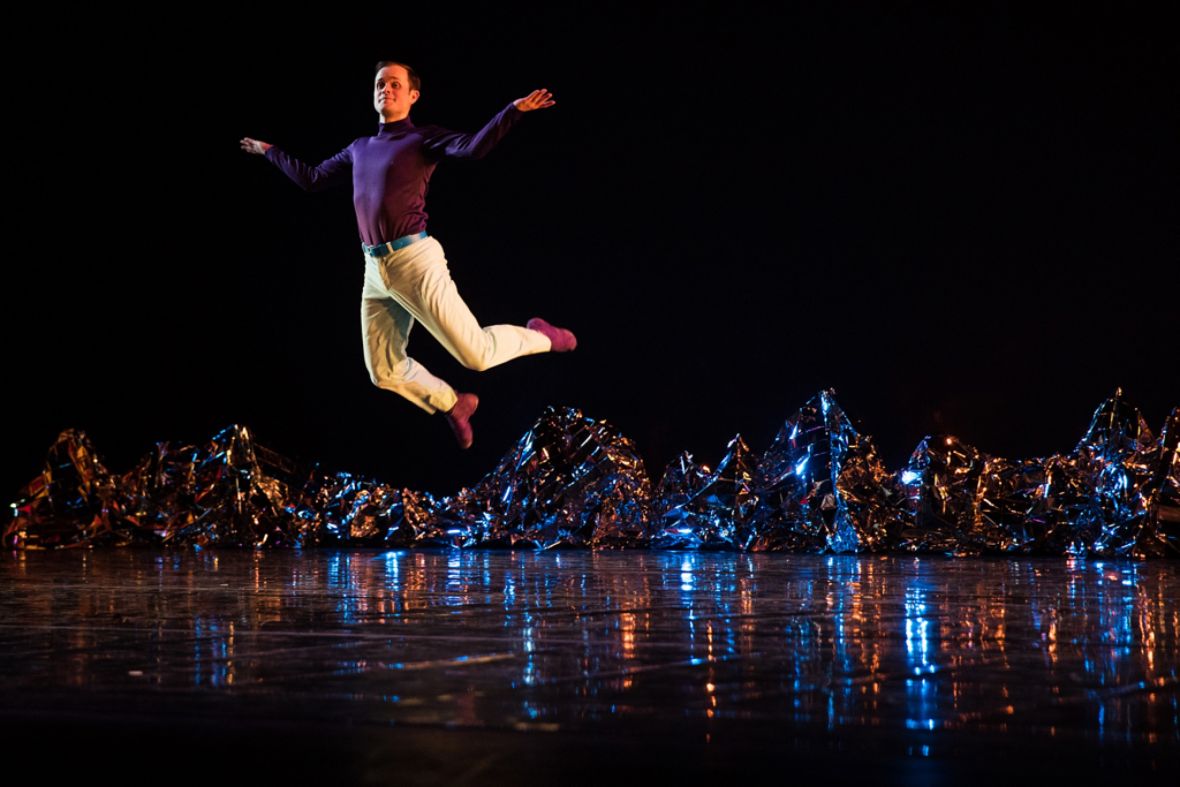 Join the Journey to Pepperland

At the 2017 Golden Globes, Donald Glover made the proclamation that the Atlanta rap trio Migos was “The Beatles of our generation.” It was an ambitious statement, one that made audiences question what three Atlanta rappers have in common with Liverpool legends. It all comes down to one word, Beatlemania, a musical phenomena that eclipsed the concept of fame itself.

With the arrival of John Lennon, George Harrison, Paul McCartney and Ringo Starr, music and the celebration of it changed forever. Fans of The Beatles introduced us to an excitement music had yet to see; venues were overrun, women fainted, crowds were enchanted all because of four boys from Liverpool sought to make the world dance. Although the sounds of “Bad and Boujee” aren’t exactly rock and roll, the comparison of Migos to The Beatles is one that celebrates the timelessness of the world’s most popular band. The Mark Morris Dance Group seeks to celebrate The Beatles legacy a different way.

Sgt. Pepper’s Lonely Hearts Club Band was first released in May 1967. Its release introduced an eclectic and whimsical sound to the rock and roll lexicon. Mark Morris’ Pepperland, invites the audience to step into a world where lonely hearts dance in harmony. Composer Ethan Iverson, brings you deeper into the experience with marvelous recreations of The Beatles greatest hits. The classical charm of Sgt. Pepper is brought to the surface with the crooning of the soprano saxophone, trombone, organ, and harpsichord. The album, Sgt. Pepper’s Lonely Hearts Club Band, serves as the skeleton that Morris pirouettes into an enthralling body of work.

In this performance, arrangements of half a dozen songs from the album will intermingle with Pepper-inspired original pieces crafted to the tune of Morris’s profound understanding of classical forms: Allegro, Scherzo, Adaglo, and the blues. It is this music that moves the shoe, the union of rock and roll and classical tunes is a testament to the lasting power The Beatles’ music.

This performance has shuffled across continents to make its way to our festival. Just last year, in celebration of their legacy, the city of Liverpool, commissioned dozens of artists to perform pieces that celebrated The Beatles. Mark Morris, at the request of the City of Liverpool premiered Pepperland in May 2017 to commemorate Liverpool’s Sgt. Pepper at 50 Festival, a season long tribute to the groundbreaking album. Pepperland features an original score composed by Ethan Iverson, inspired by Beatles' hits like, “With a Little Help from My Friends”, “A Day in the Life,” and “Penny Lane”.

Pepperland excels with its ability to celebrate the classics of the past while innovating for the future. Here we have a work of art that challenges the age-old phrase, “imitation is the highest form of flattery.” The Beatles have left us with a legacy to dance to, sing to, and create from. So while some imitate, The International Festival of Arts & Ideas invites you to Mark Moriss’ Pepperland, an innovation that celebrates The Beatles immortality. Buy tickets for the show here!

From the Festival Staff
Dance
Family
Music
My account
Cart