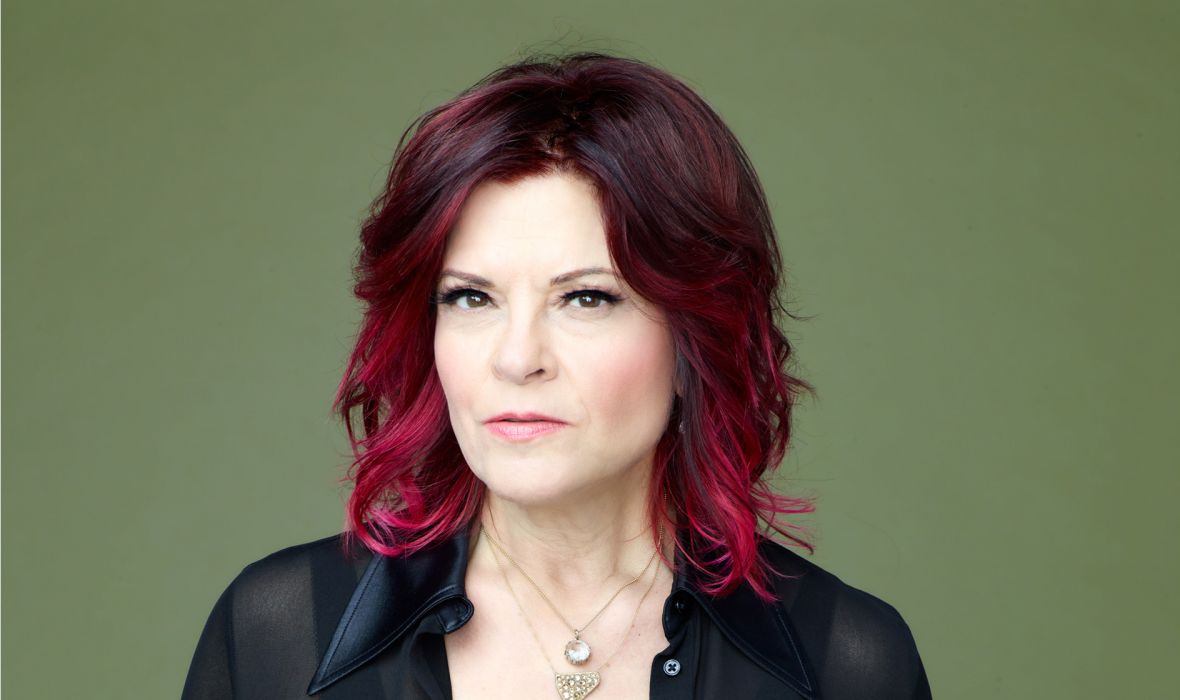 Join us at our annual Visionary Leadership Award Luncheon and Conversation on Tuesday, February 26th. The Award Luncheon raises money toward the dynamic and inspiring programs presented at the Festival in June. Established nine years ago in honor of Festival co-Founder Jean M. Handley, the award is given to a Visionary Leader whose trailblazing work is impacting the world. This year’s award is presented to Rosanne Cash, singer-songwriter, activist, and anti-gun violence advocate.

Finding herself bombarded by constant news of violence, Rosanne Cash shares her feelings of shock and dismay as she opens the first verse of “By Degrees”, a collaboration initiated by singer-songwriter Mark Erelli that combines the musical forces of Sheryl Crow, Josh Ritter and more. Upon its release on October 19th, 2018, all of the proceeds for “By Degrees” were donated to Representative Gabrielle Giffords’ organization Giffords: The Courage to Fight Gun Violence. The song is vulnerable, honest and convicting. It reveals how Americans detach themselves, hiding in phone screens as headlines of violence pile up and politics become increasingly aggressive and corrupt. The hook sparks self-awareness in the listener, illuminating the hostility and intolerance that we turn a blind eye to:

“You can learn to live with anything / When it happens by degrees.”

Rosanne Cash is the first to sing this lyric in the song, which is reflective of her outspokenness about serious issues including free speech, copyright reform and gun control. In an interview published by Billboard, Cash admits, “A lot of times I feel I don’t have the courage, but I say it anyway … Because I cannot ... sit here and watch children being slaughtered when they go to school.” Her advocacy, essays and songwriting embody the message behind “By Degrees” of a refusal to be silent in the face of violence.

“By Degrees” ends with a sobering verse performed by Erelli in which he expresses his shame of the world we are introducing the next generation to: “My children's faces filled with questions / Looking up expectantly / And I don't know what to tell them / No I can't bring myself to tell them / That you can learn to live with anything / When it happens by degrees”. The disheartened verses build into strength and determination, making “By Degrees” a true protest song.

In 2017, Cash penned an article for The New York Times calling country musicians to action. “It is no longer enough to separate yourself quietly,” she writes. “Don’t let them bully you into silence. That’s where their power lies—in the silence of rational voices and in the apathy of those who can speak truth to power.” She actively encourages musicians to not be complicit by remaining quiet, but instead to use their voices to push for change. Cash declares, “The laws the N.R.A. would pass are a threat to you, your fans, and to the concerts and festivals we enjoy … Pull apart the threads of patriotism and lax gun laws that it has so subtly and maliciously intertwined. They are not the same.”