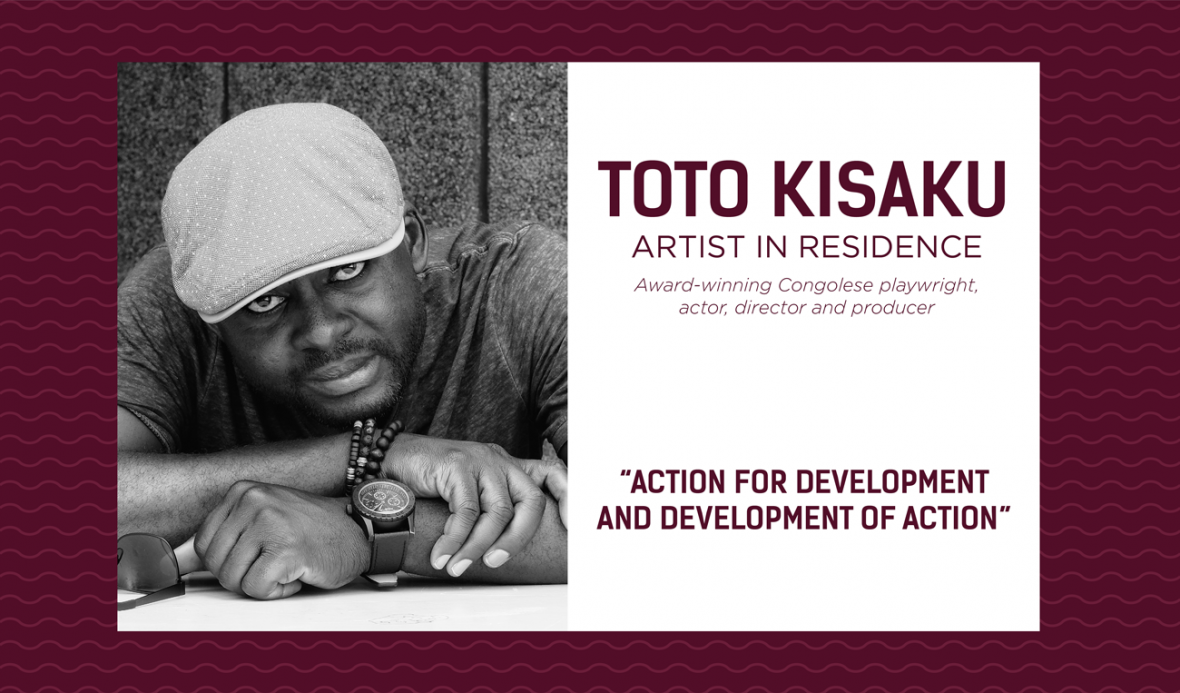 The International Festival of Arts & Ideas is proud to welcome its first official Artist in Residence this January. The Festival looked for an artist who is passionate about the ways arts and culture build and strengthen cities, building and maintaining relationships with the community, and working collaboratively within an organization that values the diversity of our city and state. The Festival’s Artist in Residence works with staff and community members to explore the creative process, demonstrating the ways in which practicing artists can be of relevance and value to other sectors including business, economics, civic government, and education. Unlike some Artist in Residence programs, the Festival’s program does not require a set outcome, but instead allows the artist to set his or her own path and explore how an artist's voice can contribute to the conversation at any table. 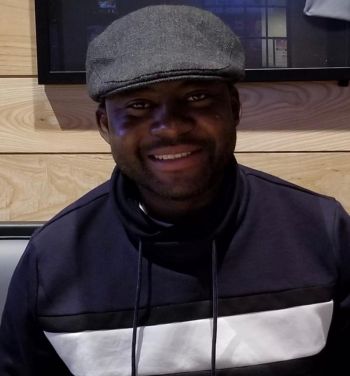 Our 2019 Artist in Residence, Toto Kisaku, is an award-winning Congolese playwright, actor, director and producer who studied drama at the National Institute of Arts in Kinshasa. After establishing the K-Mu Theater in 2003, he spent the next 15 years traveling the world to produce and participate in plays. Toto arrived in the United States in late 2015 seeking political asylum, which he was granted in March of last year. Since his arrival, Toto has spent his time learning and redefining his artistic expression based on the tension that both his country of origin and the country which has welcomed him are enduring. In his work, Toto focuses on transcending the constraints of daily life and examining how people living in poverty or under oppressive regimes can recreate their environments and improve their lives through artistic activities. Toto’s pieces invite both spectator and actor to find ways to go beyond the walls of both the performance and living space.

Toto’s piece Requiem For An Electric Chair premiered at the 2018 Festival with three sold out performances and is his first play to be performed in English. Toto was the recipient of the 2010 "Freedom to Create Prize,” presented in Cairo, Egypt. He was also the recipient of the 2018 Rebecca Blunk Fund award, granted by the New England Foundation for the Arts.

Toto has appeared in festivals around the world including our own Arts & Ideas Festival, TILT, Festival of Limoges, Avignon, Paris Quartier d’Eté, Right About Now, a/d Werf, ICAF, TAZ, Festival sur le Niger, Les Pilotobés, Mantsina sur scène, and Toseka. His current pieces include Rencontre au Pluriel, Basal'ya Bazoba, Surface, and Requiem for an Electric Chair. He has performed as Booth in Topdog/Underdog as directed by Philip Boulay. Toto has contributed to numerous workshops and residencies across the DRC, Africa and Europe.