Home Festival Blog SYDNEY FESTIVAL: WHAT WILL HAVE BEEN 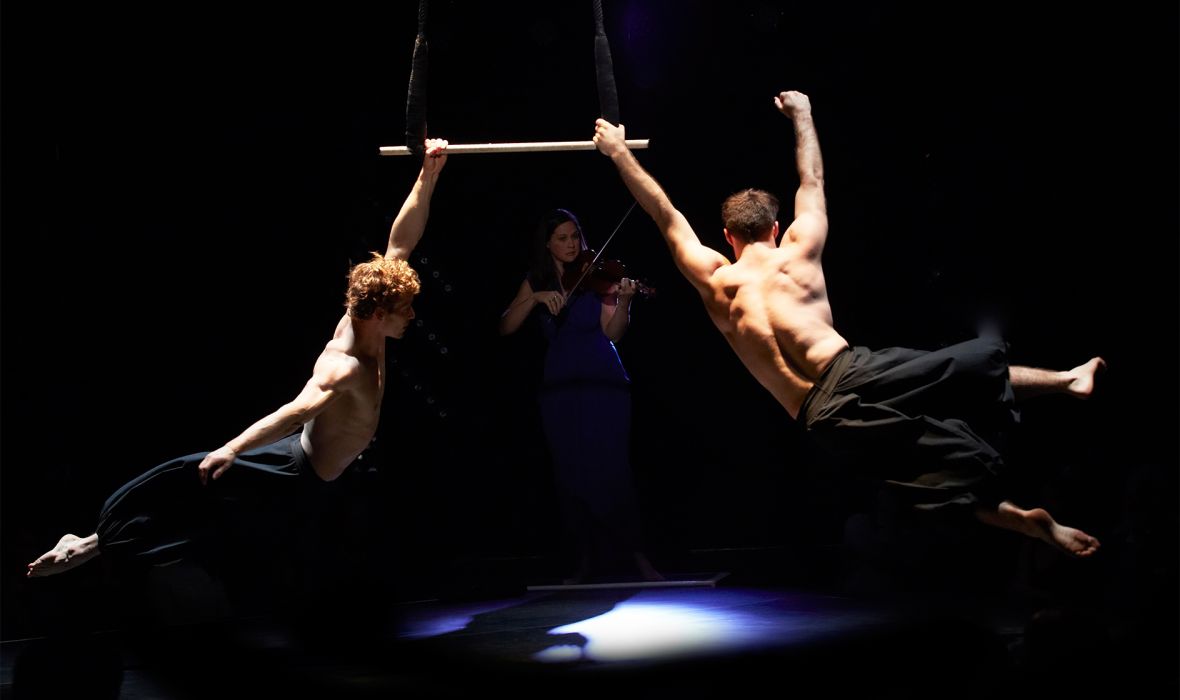 SYDNEY FESTIVAL: WHAT WILL HAVE BEEN

Brisbane-based circus arts company Circa is one of Australia’s greatest cultural exports — a groundbreaking ensemble of circus artists constantly stripping back and reinventing their art form, and consistently wowing audiences at arts festivals all around the world. I haven’t always been entirely sold on their productions although I appreciate their skills, artistry and innovative spirit; I often find their meshing of contemporary dance and acrobatics a little abrupt in larger ensemble works, but this intimate piece for three acrobats and one violinist is expertly executed and often very moving.

After a brief recording of Oppenheimer’s famous speech about the deadly force of nuclear weapons, the performance begins with Lauren Herley up on a rope while Rebecca Seymour plays Bach violin solos below her. Harley twists and turns smoothly, violently and energetically, weaving her body around the rope and the rope around her body. It’s a relatively long solo rope performance, and Herley is utterly captivating in what is essentially a prelude to the main event — the stunning duets and trios that follow with Daniel O’Brien and Robbie Curtis.

Director Yaron Lifschitz, along with the ensemble, has created extraordinary segments of circus, largely open to interpretation but all about relationships evolving over time. The first trio sees all three leap about the stage and around each other’s bodies — occasionally making contact, holding and flinging each other off. Then there’s a gorgeous and romantic duet which takes place while balancing precariously atop two small blocks, followed by another duet performed by the two men strapped together, first at the waist and then at the neck atop a trapeze.

Seymour’s playing matches the acrobats for vivacity, although she is very much a supporting player — it’s impossible to take your eyes and mind off the trio no matter how exciting Seymour’s performance is. She gets a brief solo which allows her to shine for a moment and also plays amongst an electronic soundscape, bringing musical worlds together.

What Will Have Been is circus at its purist and most thrilling — where showmanship and athleticism meet to create something undeniably vulnerable and relatable. There are moments where they deliberate fail — physical connections falter and the performers fall. There are moments where a “ta-dah” moment refuses to arise and we’re left to consider the humanity of the performers.

And then there’s the moment at the very end where the trio perform a movement which requires all the willpower and bodily strength of Curtis. It seems like it could almost be too much for Curtis, but then suddenly all three are there to support one another in body and spirit and endure whatever must be endured.