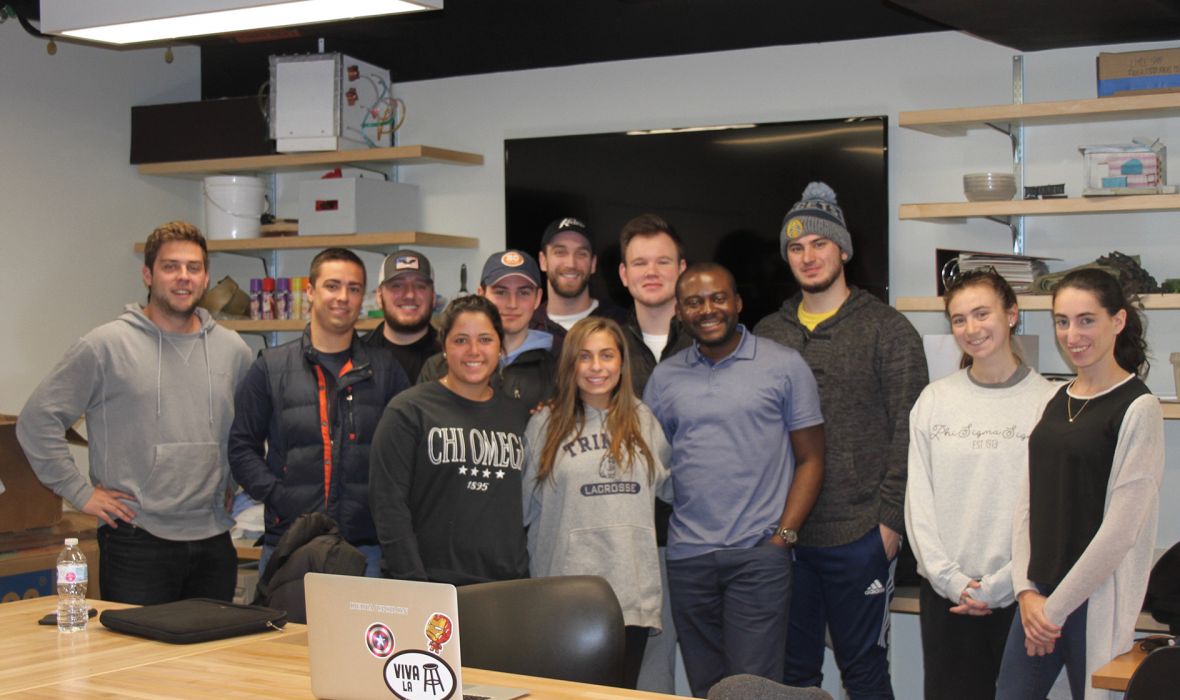 Social Justice Through Theater Opens Eyes to Reality and Change

Students in my Theatre 101 class at Quinnipiac University were exploring a section focused on Social Justice and Intersectionality in the Theatre when they were visited by Arts & Ideas 2019 Artist in Residence Toto Kisaku, who hails from the Democratic Republic of the Congo. He shared with us, among other things, how he was introduced to the world of theatre by chance, how stories he told through theatre got him into trouble and nearly executed in his native country, and finally, the redemptive power of the theatre that ultimately spared his life. Here are some of their responses:

Francesca Andranovich: I think that this was the most important discussion I was ever involved in here at Quinnipiac. There was so much shared, and I learned so much today that a lot of people don't have the opportunity to learn when they should. We touched on millions of topics. Theater, of course, as well as politics, travelling, emotion and more. These are things that should be important to everyone, and the conversation opened up an opportunity for kids my age to be exposed to things that we are fortunate enough to never have to face like Toto had to.

Peter Thomas: I found today's discussion to be extremely interesting. It was fascinating to hear about Toto's life and exactly what he went through on a first-hand basis. I learned about how the government in Congo works and how these people are being treated. I really enjoyed this conversation and found it to be useful, one that many people should have the opportunity to attend just to hear about someone else's life and experiences.

Alexander Bosio: I enjoyed our class's meeting with Toto for several reasons. His story demands attention, as his words carry a different kind of weight when you first learn of his imprisonment in his home country of the Democratic Republic of Congo. He showed by example how he has used his story as a platform for social justice and change, and furthermore, he explained how he has done this through theater. I particularly enjoyed how Toto explained his viewpoint on theater in the grand scope of society, and how it exists in a sort of cycle that encompasses social change and its fluid nature. I got to speak to Toto after the class and his passion for social change was clear, and I found it very inspiring.

Lindsey Guadagni: Today's discussion has opened my eyes to new realities. Toto Kisaku has a larger value to the community. I had not previously known his story, but I feel it is one to be spoken about. I believe he is an inspiring man. I learned about how theatre helped the people of Congo and how theatre is more than just a show and performance. Toto was an amazing speaker with very deep thoughts, and I believe I do not meet enough people that are as deep and inspiring as him. I appreciate the opportunity of having such a great speaker come to my class today.

Alex Taglieri: Listening to Toto Kisaku's story today was eye-opening and inspiring. I had no prior knowledge of the oppression and corruption in the Democratic Republic of Congo, and it was shocking to hear what happened to Toto simply because he spoke out against the government. It was also impressive to see how quickly Toto grasped a new language, since he's only been in this country for three years. In addition, it was interesting that Quinnipiac students and professor helped him gain political asylum, yet none of the students in the class had heard Toto's story prior to meeting him. I think that Quinnipiac students would benefit from hearing Toto's story or seeing one of his plays. At a school with very little diversity, it's important for students to learn what goes on outside of their own four walls. By doing so, students may uncover a passion that they were not previously aware of, which could lead to positive change.