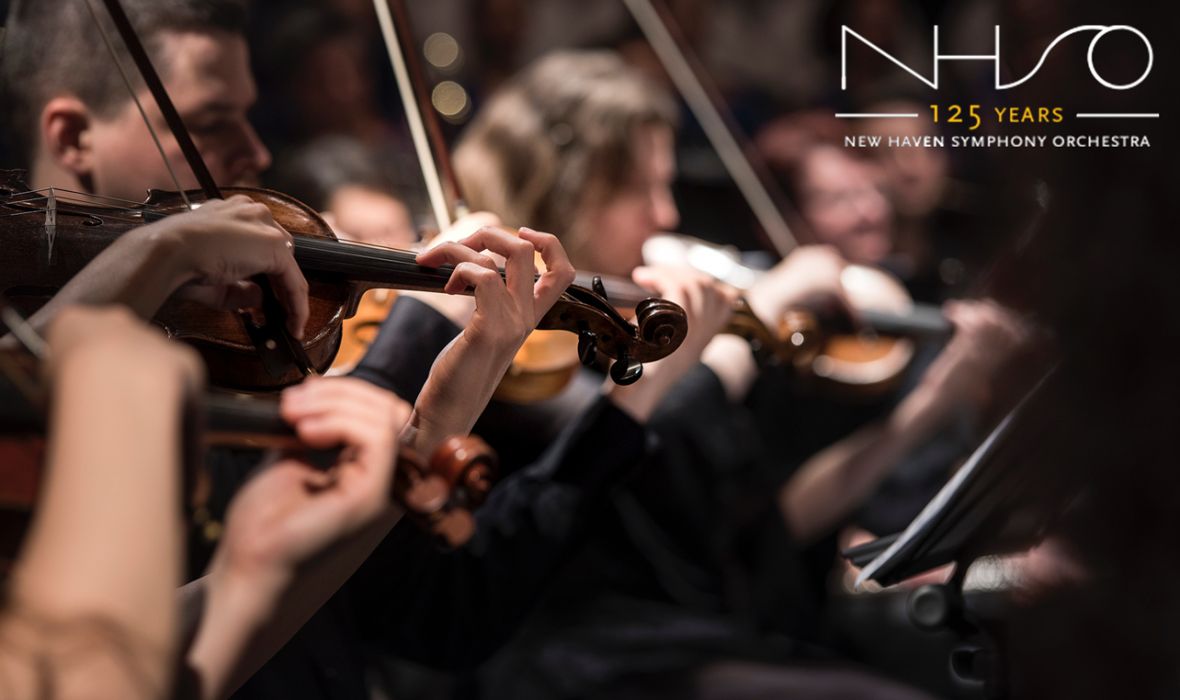 Alasdair Neale will officially take over as music director and conductor of the New Haven Symphony Orchestra, the fourth oldest in the country, July 1, shortly after he is introduced to the community at a free concert on the New Haven Green on June 22. Having led symphonies in California and Sun Valley, Idaho, Neale replaces William Boughton, who ended his 12-year tenure with the orchestra in May.

I sat down with Neale, the 56-year-old, British-born maestro, at a downtown cafe in New Haven — familiar turf for Neale, who spent six years at the Yale School of Music, graduating in 1985 with a master’s in conducting, and another three years as conductor of the Yale Symphony Orchestra.

What’s it like to step into a Yale classroom with other students who all want to lead orchestras, all knowing how few positions there are? Is it like musical Survivor?

I think it was a lot more civilized than that. And to my recollection, no one got voted off the island. No, it was a very supportive atmosphere. I didn’t think we were in competition for jobs, though it is true there are a lot more conductors around than there are positions. I was too young to put that all together. I was there to study and I was lucky to get jobs after that.

You were taught by Otto-Werner Mueller, legendary professor in conducting at Yale.

I had a very good relationship with him and learned a great deal, such as what the conductor’s responsibilities are. He gave me a whole new understanding of what the standards were, what “good” meant. He was a tough teacher and never pulled any punches. I learned high standards and clarity of technique. He wouldn’t accept anything sloppy or wishy-washy.

More important than anything, it’s being a good musician. If that’s not there, the rest is window dressing. Without that you can’t get the respect of the musicians. They’ll see through it.

What makes a great one?

Add to that the power of persuasion and diplomacy. An excellent orchestra is composed of dozens of musicians who have honed their craft over the years — and, in some cases, decades. They have enormous experience and understanding of their musical convictions. It’s my job to persuade everybody that what I’m doing is workable. It may not necessarily be what a particular musician would have in mind for themselves, but if it’s good, they’ll commit to it. Some people may disagree with this, but I think the best music comes from situations where there is cooperation and not conflict.

Has the role of conductors changed over the decades?

Like a lot of aspects of society, the roles have evolved to match new social circumstances. I think of social media, for instance. But we have to be so conscious of being the spokespeople, particularly in the U.S. I’m the public face of NHSO, which is very much part of the job, and one I’m very comfortable with and happy to do. But I think certain conductors of an older generation or from a different background would view that part of the job with a certain amount of skepticism at best, or disdain.

There was a period in the ’90s when I didn’t use a baton at all. I’d begun to develop some bad habits and I was gripping the baton too hard and I had developed shoulder [pain]. So I actually conducted without a baton for seven years. I eventually learned relaxation techniques and then I brought the baton back.

What do you use?

I have a bunch of leftovers from [San Francisco Symphony Music Director] Michael Tilson Thomas, who had them made special. I’ve had them for years because I rarely break them. I have about four and they’re made of light, tapered wood and it feels pretty loose in my hand. Some have cork handles. These don’t.

Ever lose one when conducting?

No, but I lost my wedding ring. I was in Paris with the San Francisco Youth Orchestra and I had just got the ring, but it was sized too big. So while conducting I made this huge gesture in the middle of Rachmaninoff and it flew off my hand and I thought, ‘Oh, my god! What am I going to tell [my husband] Lowell [Tong]?’ But I had to stay focused on the music because I was doing it from memory and it went on for the next 45 minutes. At the end of the concert, there was big applause, I bowed, and standing at the foot of the stage was a man from the audience — with the ring.

Listening to music in the car, do you air conduct?

No. And I don’t often listen to music in the car — and if I am it’s not going to be orchestral music. The worst thing you can do is play something like the William Tell Overture while driving; you’re going to go so far above the speed limit you’re going to get a ticket.

Are conductors, by nature, controlling people?

You have to be able to be in charge, but does it carry over into my personal life? Oh, my god, never. I hope. That’s not my style at all. Maybe it’s 30 years in California, but I’m much more laid back at home.

See the NHSO light up the New Haven Green with Tiempo Libre for free! Details here >