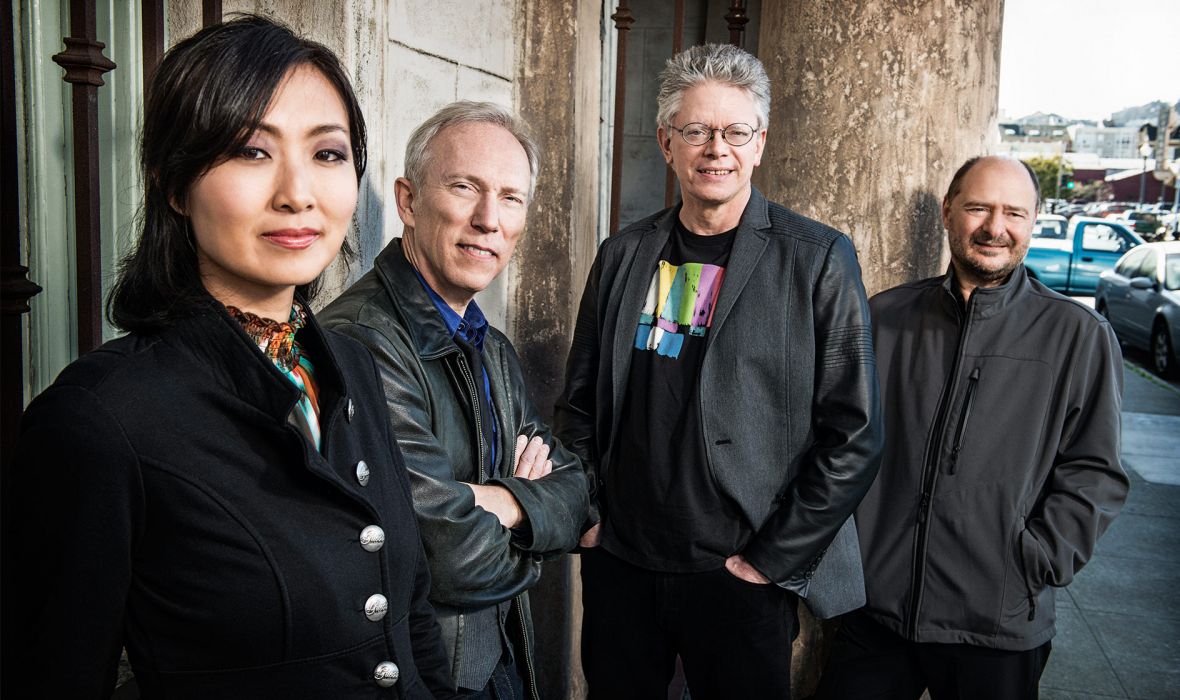 David Harrington founded the groundbreaking, ever-progressive, neoclassical chamber group Kronos Quartet in the early 1970s.
The premiere of a new Kronos Quartet concert program at the International Festival of Arts & Ideas on June 18 lets us know where Harrington’s head was when he first thinking of creating his incredible combo.

“When we were thinking about what we would do at Arts & Ideas, one of the pivotal points for me and a lot of us was what was going on in the 1960s.
“Growing up at that time shaped everything about the music I’ve encountered and the people who’ve inspired me. For me, Hendrix was a major inspiration."

The concert, at 8 p.m. at the Shubert, features unique Kronos interpretations of Jimi Hendrix’s Woodstock rendition of the national anthem and a “House of the Rising Sun” that evokes the Everly Brothers. “Glorious Mahalia" is composer Stacy Garrop’s five-movement tribute to the singer Mahalia Jackson. Zachary James Watkins’ recent work “Peace Be Till" honors Martin Luther King’s “I Have a Dream” speech. There is also a rendition of ’60s minimalist composer Steve Reich’s “Pendulum Music,” a sort of sound installation where dangling microphones are swung over speakers, creating rhythmic feedback patterns.

Harrington’s tastes in the ’60s ran to Bob Dylan and the Beatles, as well as Frank Zappa, with whom Kronos later worked. A major turning point was in August of 1973, Harrington says, when he heard George Crumb’s challenging electric string quartet piece “Black Angels” on the radio.

“As a 23-year-old American musician, with the world falling apart all around me, suddenly there was music that made sense,” Harrington says. “After playing Mozart all my life, this had everything in it.”
Harrington describes himself as the “quarterback” of the quartet and says that group is good at "using each other’s strengths.

“Sunny is very good at the percussion elements; she was very involved in the arrangements of the Pete Seeger songs. Hank [Dutt, the violist] is one of the great music librarians of the world. John [Sherba, violin] keeps track of all our recordings. We divide the tasks that are required to do what we do.”

When the Quartet last played Arts & Ideas in 2013, it was a memorable show for a number of reasons. Guest artist Wu Man’s rare pipa (Chinese lute) was smashed on her plane trip to the show, so a replacement instrument had to be hastily borrowed. It was also the first show for the quartet’s then-new cellist Sunny Yang. Perhaps most interestingly, it was an outdoor show on the New Haven Green, where much louder, more mainstream groups generally hold sway.

“There was a wildness to it,” Harrington remembers, “and the audience was just fabulous.”

This time the group, which last played Connecticut in February at The Bushnell, plays indoors at New Haven’s historical Shubert theater.

Versions of “The ’60s: The Years That Changed America” have been performed at the Kronos Festival and last year at New York’s Carnegie Hall.

But Arts & Ideas is getting a concert “specially made for New Haven."

It should be clear from the concert’s title, and its branding as part of the quartet’s ongoing “Music for Change” series, that this is not an exercise in nostalgia. Harrington still feels this music is revolutionary.

“There is nothing I would rather do than have Kronos Quartet set up a wall of Marshall amps outside the White House and play ‘The Star Spangled Banner’ as loud as we [expletive] could.”