Home Festival Blog The Amazing Circa and the Art of Circus 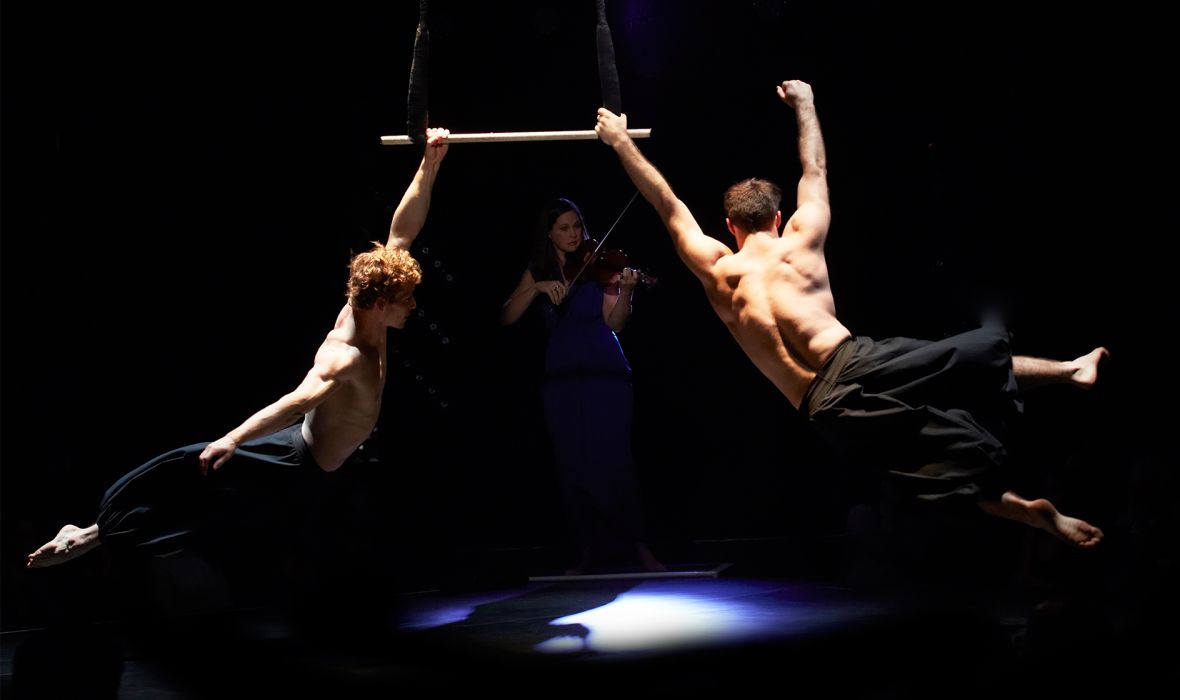 The Amazing Circa and the Art of Circus

Circa has traveled to over 39 countries in the past 15 years, selling out venues, bringing audiences to standing ovations and inviting praise from reviewers around the globe. As a leading contemporary circus, Circa is a trailblazer of daring physical and emotional performances, pushing limits and challenging the limits of genre. Yaron Lifschitz, artistic director, joins his vision with the skills of his noteworthy cohort of talented circus artists. In addition to performing shows internationally, Circa also runs a Training Centre in their Brisbane studio with classes for all ages and provides circus programs to Australian communities regularly.

Lifschitz directs thoughtful pieces that, while highly interpretive, focus on the evolution of relationships over time. The circus ensemble is adamant about constantly reworking their art form to find new ways of connecting with the audience; the result is expert performance with an intimate quality. Circa intertwines the worlds of performance and real life through its soundscape and vulnerable presentation—in the words of Daily Review, “There are moments where a “ta-dah” moment refuses to arise and we’re left to consider the humanity of the performers.” Through the unity of the three performers in What Will Have Been, Circa delivers the art of circus “at its purest and most thrilling.” Read more here >

The Widow Stanton conducted an interview with Daniel O’Brien, ensemble member of Circa since 2015, to dive into his experiences working for Circa while married to another Circa ensemble member, Kimberley O'Brien. Daniel specialized in hand-balancing and aerial straps during his studies at the National Institute of Circus Art. Since then, he has performed in several Circa works including Closer, Humans and What Will Have Been.

Daniel shares that part of the “unique flavor” of Circa’s creative process stems from the ensemble’s input. He admits he has a “soft spot” for What Will Have Been as a result of helping create it.

Circa’s performances are anything but predictable, according to Daniel. “We’ve got this constant recreation process onstage, where we’re trying to improvise and make it different each time; it just keeps it really fresh,” he says. “That’s part of what makes it so magical, I guess.”

When asked if Circa typically casts Daniel and Kimberley together, he answered, “We’ve been lucky so far this past year and have been able to do the same show ... we’ll be apart for a little bit but we take it as it comes. Kimberley performing is just as important as us being together and we wouldn’t want to miss out on shows just for the sake of touring together.” Read the whole interview here >

Circa will leave you speechless when you catch a show at this year's Festival. Get your tickets here >