Home Festival Blog Real Life, Real Questions On Stage: Should We Have Kids? 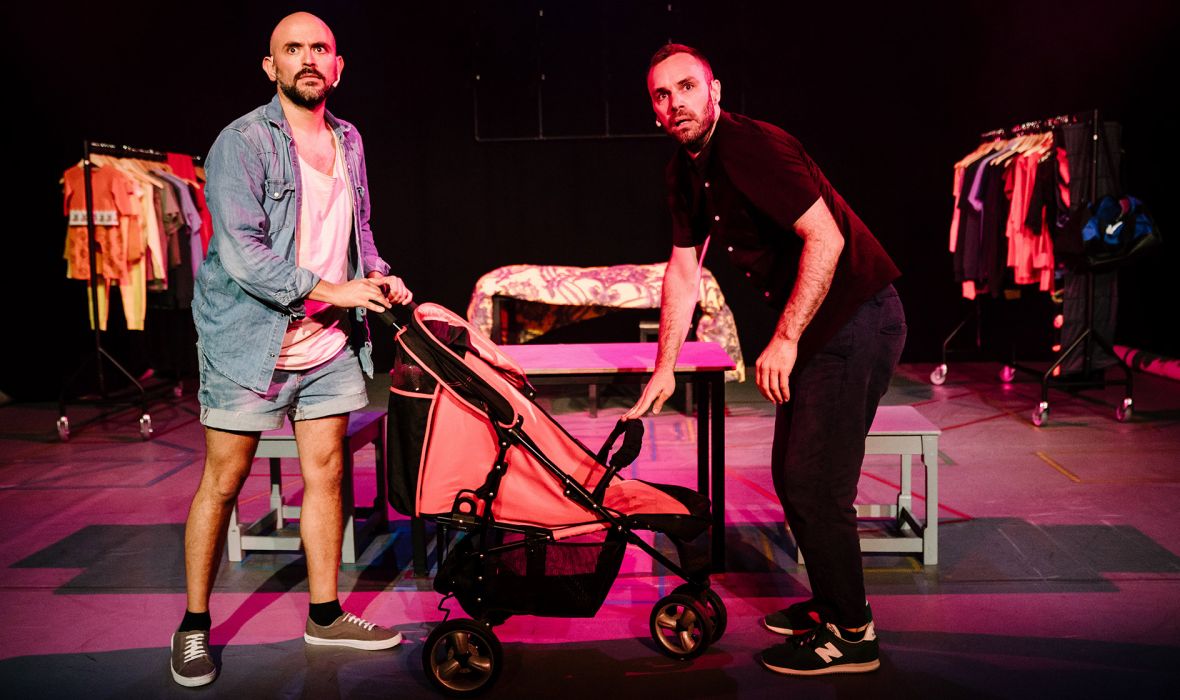 Real Life, Real Questions On Stage: Should We Have Kids?

The question of if or when to start a family is something many adults ask themselves at some point in their lives.

In a play that's part of the International Festival of Arts and Ideas, a real-life same-sex couple explore that question.

Personal and professional partners George Mann and Nir Paldi are co-artistic directors of the British theater company Ad Infinitum and creators of the show, No Kids.

Mann said Paldi originally came up with the theatrical idea. “I was terrified of going there," he said. "So my first response was, ‘No! We’re not going to do that!’ And then a few years after that, I started to come round to it mainly because we realized that no one seems to be talking about it. And as a same-sex couple I realized there didn’t seem to be much guidance.”

Paldi said as a gay man, he’s wrestled with the idea of parenting.

“What we looked a lot at was shame, and the shame that you carry as we both were discovering our sexuality [when] becoming teenagers,” he said. “For me, this is something where I want to be strong enough with who I am and how I carry myself in society before I bring a child to the world.”

For Mann, theater has proven a great vehicle to explore these questions.

“I realized for example that I do really want to become a parent and I felt a great sense of acceptance in putting this in front of an audience,” he explained. “The feedback that we got made me understand how important it was, especially in the LGBT community, to see this happening on stage.”

No Kids runs through Saturday as part of the International Festival of Arts and Ideas in New Haven.