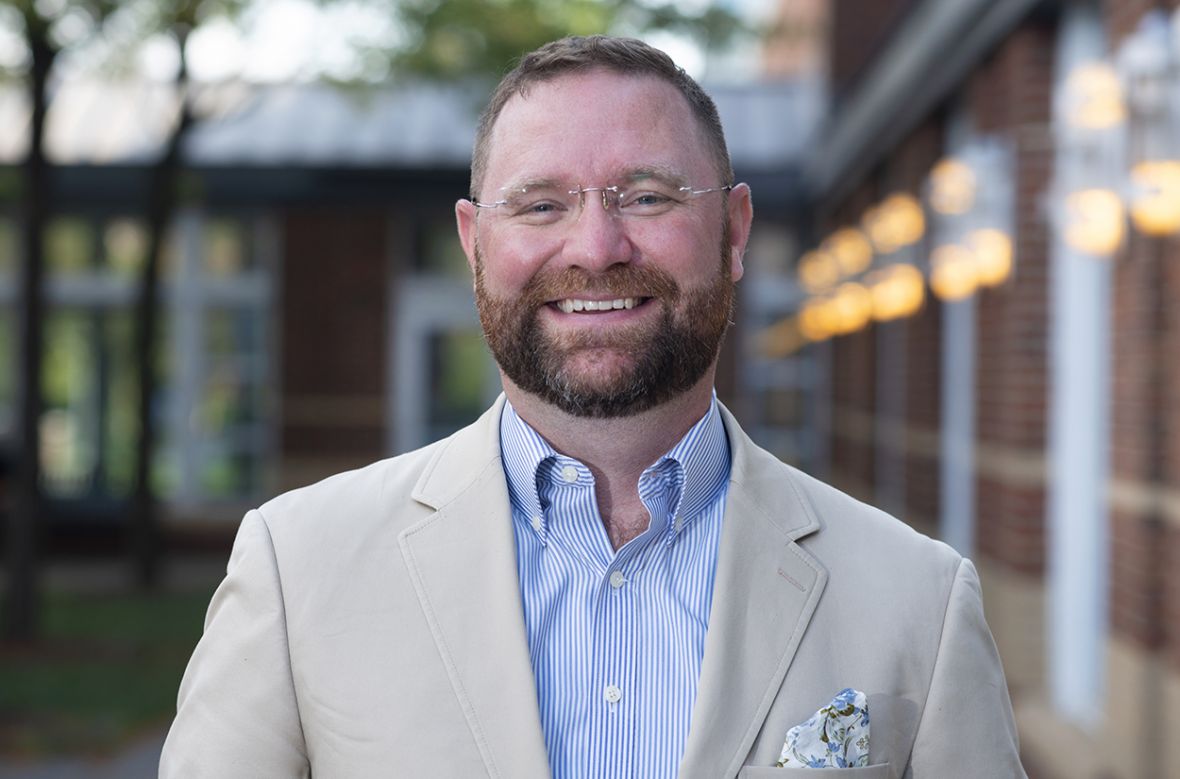 Our New Director of Programming

“Bobby Asher immediately impressed us with his creativity, wide-ranging expertise, and passion for the arts,” said Festival Co-Directors Liz Fisher and Tom Griggs. “He’s known for leading innovative projects that are as exhilarating as they are challenging and that draw diverse voices into conversation about critical contemporary issues. We are thrilled to welcome him as the Festival’s new Director of Programming and are certain that he will be a collaborative partner eager to engage with New Haven as he develops a 25th Anniversary Festival that will resonate with—and inspire—our community.”

Bobby adds, “I’m honored to join the New Haven community and excited to collaborate with the board and staff to help lead this extraordinary institution into its 25th Anniversary year in 2020 and beyond.”

Bobby most recently served as Director of Programming at The Clarice Smith Performing Arts Center at the University of Maryland, where he curated the Visiting Artist Series and developed several new arts initiatives. He also served as the Founding Managing and Artistic Director of the Bailey Performance Center at Kennesaw State University and was a member of the Association of Performing Arts Presenter’s 2012 Leadership Development Institute cohort and the 2016 EMC Arts Leaders as Cultural Innovators cohort. He has served on numerous grant panels and committees in service to the field of arts administration.

Please join us in welcoming Bobby to the Festival, which he calls “an incredible expression of the creativity and knowledge that exists in this vibrant city. I look forward to the work of bringing together many voices from all parts of our community to create a Festival that connects us to the world, and also celebrates and fosters understanding of the human experience right here at home.”

Get to Know Bobby

Where are you from, originally?
I’m just a kid from Oklahoma. I grew up there, and then I lived in South Louisiana and Georgia. I’ve lived in Maryland for the past nine years.

And you were the first member of your family to go to college?
I was. My story really starts with a fifth-grade public school band program, which gave me the opportunity to get a music scholarship to college. Everything in my life points back to that band program, so I’m a living example of the importance of arts for young people.

You just returned from the Edinburgh Festival Fringe, the world’s largest festival. What excited you most about that experience?
I was there for 7 days and saw about 22 performances. What’s exciting is the way that the Festival integrates into the fabric of the city. People stay out late and see shows and eat at food trucks and sit around talking about what they’ve seen.

How does attending festivals and events like these inform your programming decisions?
There’s always going to be a place in the arts for someone who sees a lot of work and helps make decisions—but I think the more important part of my work is the next phase: immersing myself into the New Haven community to inform the types of artists we bring to the Festival. I want to demystify the process of choosing the work and bring as many voices into that conversation as I can so that when we put programs into the festival, they’ll be relevant to the issues and the ideas present in our community and will bring people together.

Tell us about your programming philosophy.
I see my work as having a well-developed and well-researched personal aesthetic that serves the audiences that the organization serves. I skew more toward issues-based work that touches people and makes them think, that connects them to the world—but is also celebratory.

What excites you about the Festival?
I’ve been to a couple of Festivals over the years and have been really taken by the sense of community. The idea of the New Haven Green is exciting; it’s a public space where we come together to celebrate. I think we can find some really exciting ways to do that, to play with spectacle to invoke wonder and joy and beauty. I aim to make the Ideas portion of the Festival as participatory as possible and break down the wall between the performer and the audience, the experts and the community. We’ll focus the events on issues that are present in people’s minds, and then give them a way to take action.

You’re known for engaging audiences in participatory, challenging productions, like your work at The Clarice with the Canadian documentary theater company Porte Parole. Could you talk about this project?
Through a series of interviews, we identified four people from diametrically opposed parts of the political spectrum, put them in a house for four hours, and recorded their conversation. The idea was to ask this question, which I think a lot of folks are asking right now: How can we see people we disagree with as human? How can we have a national civic conversation in a way that is respectful? I think one of the most important roles of the arts is to give people that opportunity.

You’re also an artist—a musician, right?
I was a trumpet player. I’m a lapsed musician, but not a frustrated ex-musician. I am happy to be connected to the arts. The furthest my level of performance goes these days is playing “Happy Birthday” to my friends over the phone.

What else do you enjoy doing when you’re not working?
My wife is studying speech pathology at UMass Amherst and we have a 10-year-old terrier named Daisy who has a lot of energy, so we spend a lot of time with her. I also love to sail. You’ll probably see me sailing around near New Haven, exploring this new coastline. I also like to cook; I got into artisanal meat curing a few years ago. It’s really delicious, and it’s an exciting way to stretch what you can do in your home kitchen. So if you are fortunate around the holidays, you may get some of my duck breast prosciutto! 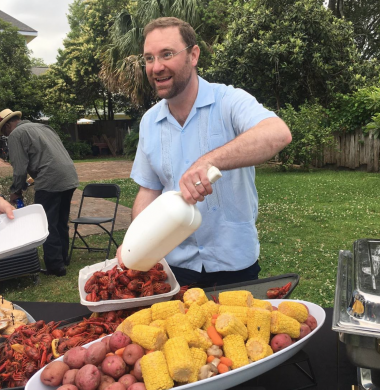 What’s your cooking style?
I lived in Louisiana for a while and I love the Cajun and Creole cuisine. I wouldn’t say I’m a very good cook compared to chefs, but I think I make a very good gumbo. I did a YouTube video of my gumbo process. I just love to find recipes that make people happy. I just like to bring big groups of people together and feed them.

We’ve come full-circle, back to your intention for the Festival to bring the New Haven community together.
Definitely. I think it’s really hard to not see someone as a human being and listen to what they have to say after you’ve shared a meal with them. So that’s what we want to try to do at the Festival: to make a big meal that everyone in New Haven can participate in. Rather than being a creator of ideas, I want to be the compiler of ideas and inspiration. So, find me! We’ll have a cup of coffee or tea or share a meal. Tell me about your ideas and what would inspire you about the Festival. We’ll bring those ideas together to make something exciting together.