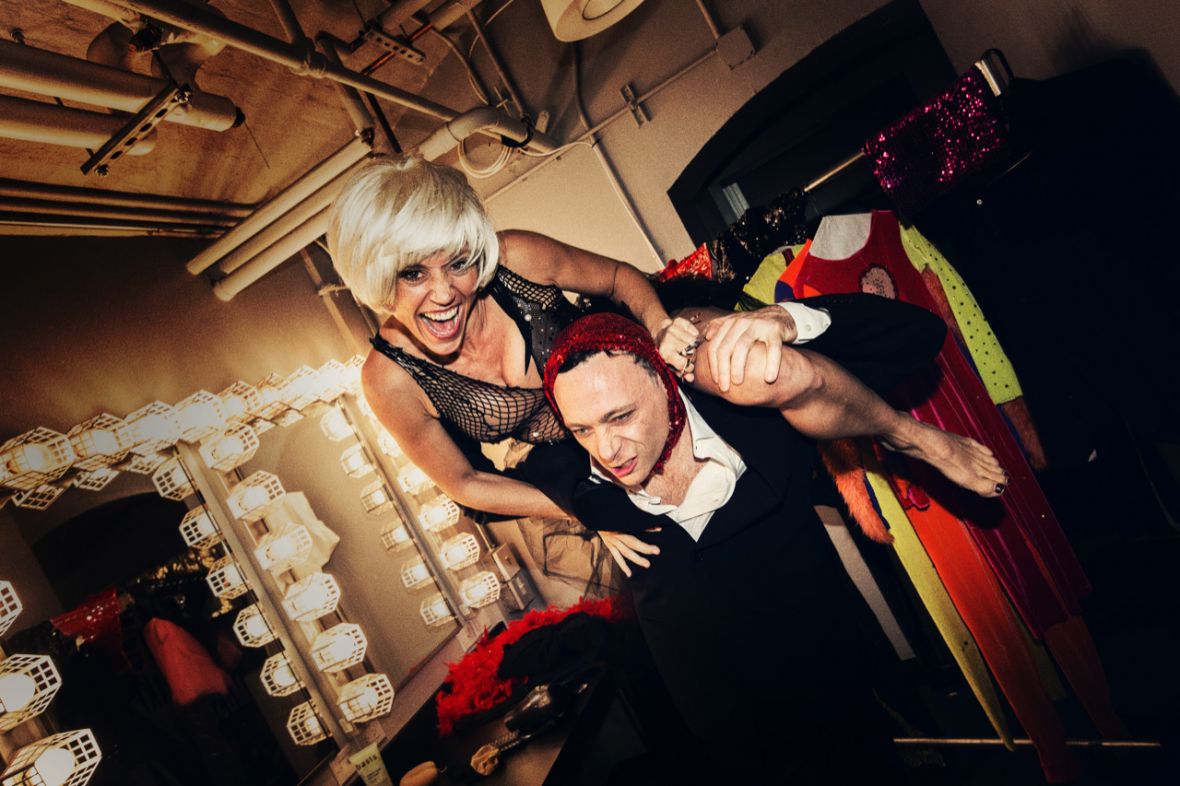 Always dreamed of being onstage? Here’s your shot!

Do you tap your feet when a good song comes on? Did you perform in school plays? Do you dance around your kitchen? Whether you're a foot-tapper or a wanna-be Nutcracker, this is your chance to collaborate with a Broadway choreographer. Participants in Keigwin + Company’s inclusive “Let’s Make a Dance” workshop, open to all ages and skill levels. Keigwin and Wolcott invite anyone with “undiscovered talent and a sense of humor” to join the workshop, they say. “Come move with us and play.”

Since 2003, Keigwin + Company has produced some of the nation's most critically acclaimed modern dance, with commissions from Guggenheim Museum Works and the American Dance Festival, and has presented at venues including the Kennedy Center and New York City Center. The company has mounted 11 versions of Bolero, their acclaimed large-scale community project that has been commissioned by communities across the country. The duo is also choreographing the return of RENT to Broadway and the original Broadway production of If/Then.

The company’s artistic director—choreographer and award-winning dancer Larry Keigwin—has danced at the Metropolitan Opera, the Broadway show Dance of the Vampires, and the Oscar-nominated film Across the Universe, and has choreographed for theaters throughout the nation. The company's cofounder, Nicole Wolcott—labeled "The Wonderful Ms. Wolcott" by the New York Times—is known for cinematographic dances performed in dreamlike settings and has taught at the Joffrey School, Hunter College, Princeton University, and New York University.

Get to Know the Workshop Leaders, Larry Keigwin and Nicole Wolcott

Arts & Ideas: Nicole, how and when did you start dancing?

Nicole Wolcott: My mom was taking a jazz dance class when I was about 10. I went along and was like, “I want to do that.” And that was it. I took it so seriously, I decided I was going to be professional. I got a scholarship from the Montana Dance Arts Association and studied in Minneapolis and Chicago. I met Larry in at a dance festival in 2001. We just really connected; we always say we felt like we were from the same planet. We made a piece together that went really well and subsequently formed the company together.

A & I: Larry, how did you come to dance and choreography?

Larry Keigwin: I was the gotta-dance kid, doing cartwheels in the kitchen. When I was around 15, my mother had the sense to enroll me in dance classes. Someone saw me in a high school musical and said I should major in dance, and a light bulb went off. I’d never heard of such a thing. Fast forward a couple years: I graduated from a dance program and started dancing with all these different modern dance companies. I credit them for influencing my choreographic process. My choreography is a potpourri of all of my experiences.

When I met Nicole, she was this compact, dynamic performer and creator, and I knew that she would make a great partner in crime. We made a signature duet on a mattress that we began performing in different venues, and within a year or two, we were plugging away at forming a company.

A & I: What drew you together and how do your styles complement each other?

NW: The way I like to say it is that if you ever yelled “I want my MTV!” you get where we’re from. We like pop culture as well as classical, more technical training, and we put those things together to create work that’s accessible. We both have a sense of humor, and we spend most of the time in rehearsals laughing. It’s been noted that what’s singular about our work is that it can be poignant and also have humor. And we are both really, really, really high energy!

A & I: Your company also inspires community engagement. How and why did you begin soliciting participation from community members?

LK: In our company’s formative years, we developed a mission for what we do—not just how we entertain and create dances, but also how we engage community, how we educate, how we inspire, and how we tap into the importance of dance in our lives.

NW: Larry proposed that we do a dance to Ravel’s Bolero,which every choreographer has done, but ours would feature New York community members. We made a piece with 50 New Yorkers, and only 10 of them were dancers. The rest were people who wanted to make a dance theater piece with us. It’s still jaw-dropping to me that they took time out of their busy lives to entrust us with making a piece together.

Subsequently, we created Boleroproductions around the country for many different communities; the idea is that we think about each community and its culture with the participants. So, it was natural for us to fall into community work, and we found that we loved it.

A & I: Tell us about the “Let’s Make a Dance” workshop and how it feeds into these community performances.

NW: The workshop started with our interest in teaching participants the process of creating a dance, rather than dance technique. We started with kids and college students and found that the workshop model transfers to broader communities. It’s not a class that requires technique; you don’t have to be a trained dancer in any way—you just have to feelas if you are a dancer in your being. We harness that interest and enthusiasm and teach people how to make a dance with us.

LK: So often as we grow up and become adults, we lose a sense of play. So, one of the ingredients in sustaining happiness in our lives is to sustain playfulness. A big part of our process is setting a playful climate in the studio; it’s creative tag and team building and collaboration.

NW: What we're asking for in class is not, “Can you go and make something that could go in a dance?” That’s not it at all. It’s a very fun class, and very simple. A participant tries something, and we say, “That’s fantastic! Now, what if you did it this way? And what if you did it over there? And can you do it with that person?”

A & I: How have you seen people transformed through these workshops and performances?

LK: Yes, absolutely. After a workshop, people are often surprised by what was revealed about themselves, but also surprised at how much joy it is to play and create. People who participated in the longer process of creating a dance with us bonded with their cast members. Many of them are still friends and throwing reunions 10 years after the fact.

NW: We build a really strong community at these workshops. We've been in contact with some of the participants for more than 10 years; they’re like family. Somehow, that is sublime and sweet. It's lighthearted and rich at the same time.