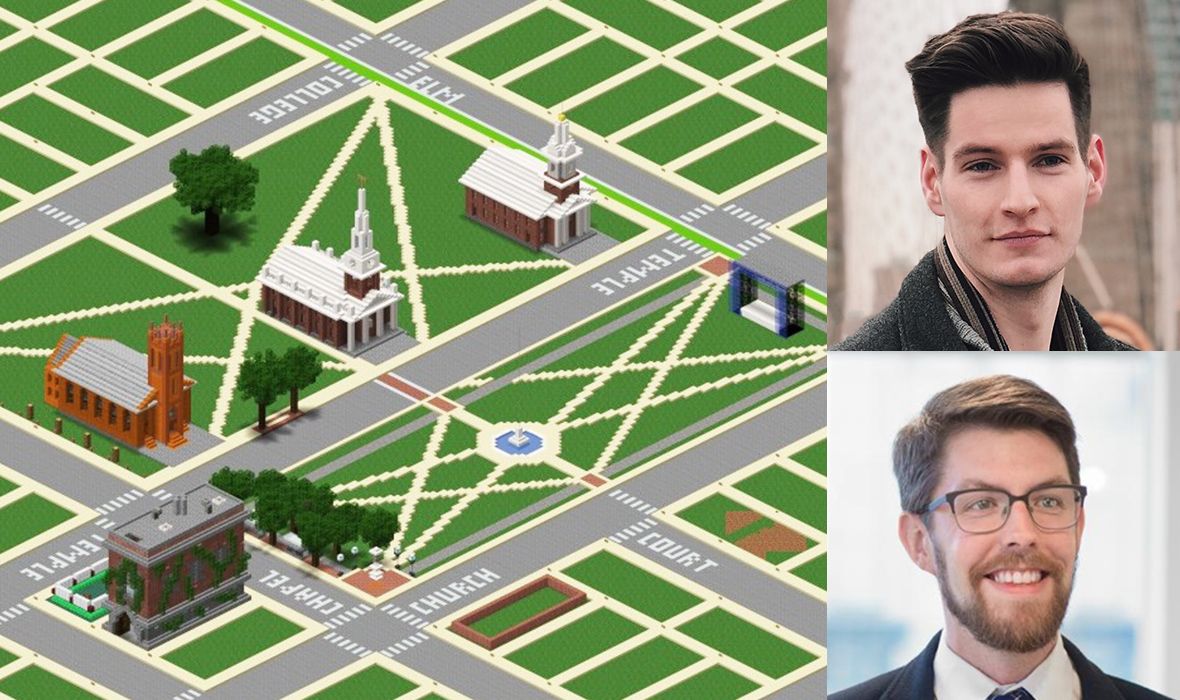 The Minds behind Box City

Every year at the Festival, Box City graces the green, with miniature cities rising from cardboard boxes crafted lovingly by participants of all ages. This year, as the Festival went virtual, so did Box City. I had the pleasure of interviewing the team at Pickard Chilton who helped make virtual Box City possible this year: Jonathan Cook and Andrew Swartzell.

How did the idea of “Box City” come about? Who’s involved behind the scenes?

Box City has been around almost as long as the Festival itself. It was started more than 20 years ago by the late architect and New Haven native Arthur "Artie" Ratner AIA, LEED AP, as a free event to engage both kids and families during the International Festival of Arts & Ideas. It's a fun way to teach our neighbors and their families a bit about the process of planning, design, and construction. Behind the scenes, Artie's wife Betsy Ratner continues her role as "Mayor" of Box City, and along with Bruce Spiewak AIA, she and the rest of our group of volunteers help the Festival plan the event each year. In 2016, my friend Wes Wright, a Senior Associate at Pelli Clarke Pelli Architects, and I were invited to reimagine the event, and this year my friend and colleague at Pickard Chilton, Jonathan Cook, joined us to add his expertise in Landscape Architecture and Minecraft.

Why is urban design important and why should younger people start to learn about its intricacies and impact on our urban habitat?

People have been moving to cities for decades, and today more than half of the world's population lives in cities. The current global Covid-19 pandemic may change these projections, but as of 2018 it was thought that the trend would continue and that 68% of the world's population would live in cities by 2050. Cities are one of humanity's greatest inventions -- they allow for a lot of people to live close together and efficiently exchange resources and ideas, and I find that understanding a little more about how they're created just adds to my appreciation of them.

What is most exciting about the Minecraft/digital incarnation of this year's "Box City"?

For those who aren't familiar with it, Minecraft is a video game where players can work together to build a digital world out of rudimentary blocks, so we thought it would be fun to try to use it for Box City since we can't be together physically this year. As designers, we use all sorts of different scales and modes of representation in the design of buildings, from sketching to drafting to physical and digital modeling. When we have done Box City on the Green, kids built physical models of their buildings -- you can imagine yourself inhabiting the spaces kids make but you're always looking at the model world from outside. Using Minecraft is much more like digital modeling, and one of the great things about digital modeling is that you can get "inside" the model. Next year, we might even be able to let people use virtual reality headsets to see what the kids have made!

Box City's plan is based on the original nine-square grid of New Haven, which was the first "planned city" in America and now a National Planning Landmark. Urban renewal has a complicated history, and we should take a brief moment to try to set the record straight. During the middle of the 20th century, people (mostly white and middle-class) were moving out of cities to the suburbs. "Urban Renewal" arrived as a movement to try to draw them back by focusing on improving access by automobile, but it's now largely seen as a failure that did more harm than good. For example, here in New Haven, the Oak Street Connector obliterated a vibrant neighborhood and cut off half of the city. The city is currently trying to correct some of that damage -- the new building at 100 College Street was built above the Oak Street Connector to reintroduce pedestrian activity and help stitch the city back together, and there will soon be a new intersection design that reconnects Orange Street to Union Station. Elsewhere in New Haven, we've seen the addition of bike lanes and traffic-calming features at intersections which each help to reduce reliance on automobiles and make the city more pedestrian friendly.

What’s your favorite thing about being architects?

The opportunity to help envision a better world. Much of what we do in the profession is to plan with our clients to shape and achieve their goals. I would like to think that in the end, when those plans result in a construction project of any magnitude, we've collectively added something of intrinsic value and positively enhanced our built environment.