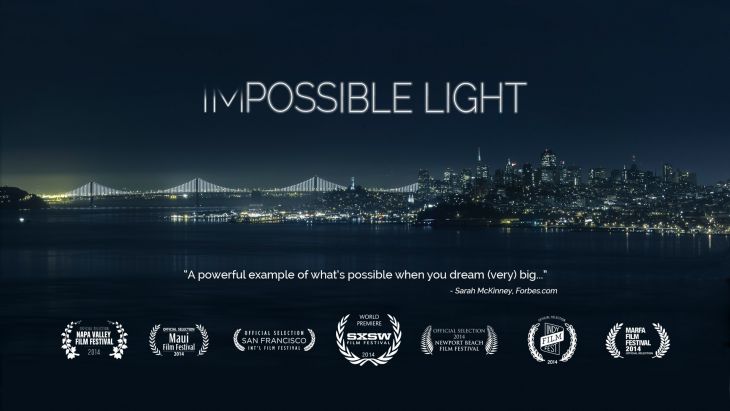 Filmmaker Jeremy Ambers is the creator of Impossible Light (2014), a feature-length film about the installation of Leo Villareal’s stunning digital light sculpture The Bay Lights, which was installed in 2013 to commemorate the 75th anniversary of the construction of the Bay Bridge connecting San Francisco and Oakland.

Impossible Light premiered at the SXSW Film Festival in 2014. The film went on to screen at multiple festivals worldwide and received an Emmy nomination. This screening is presented by Site Projects|New Haven in celebration of its 15th Anniversary and in tribute to Leo Villareal, who was commissioned 15 years ago to create a digital light sculpture on the New Haven Green. Chasing Rainbows/New Haven opened the 2004 International Festival of Arts & Ideas.