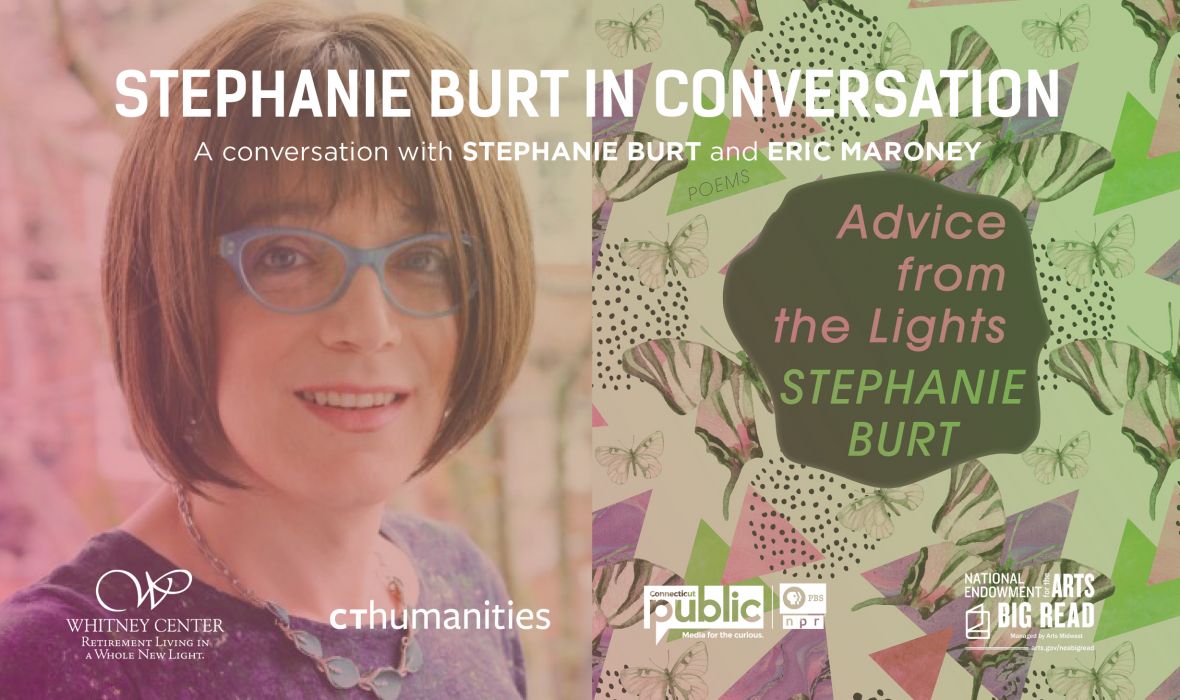 Part of the NEA Big Read, a program of the National Endowment for the Arts in partnership with Arts Midwest

In this Ideas event—also part of the NEA Big Read—poet Stephanie Burt discusses her book Advice From The Lights (Graywolf Press, 2017), an essential work that asks who we are, how we become ourselves, and why we make art. Burt is a poet, literary critic, and professor hailed by The New York Times as “one of the most influential poetry critics of [her] generation.” Her other collections of poems include Belmont, Parallel Play, and Popular Music.

This program is part of the NEA Big Read of Advice from the Lights, led by the International Festival of Arts & Ideas, New Haven Pride Center, and the New Haven Free Public Library with additional support from The Institute Library, Nasty Women Connecticut, People Get Ready! Books, The WORD, and the Yale New Haven Hospital Pediatric Gender Program.

NEA Big Read is a program of the National Endowment for the Arts in partnership with Arts Midwest.

The Ideas Program is presented in partnership with Connecticut Humanities, a non-profit affiliate of the National Endowment for the Humanities, with additional leadership support of The Whitney Center and media sponsor CT Public.

Stephanie Burt is a poet, literary critic, and professor. Her book Close Calls with Nonsense: Reading New Poetry (2009), was a finalist for the National Book Critics Circle Award. Burt is a Professor of English at Harvard University.

Eric Maroney is an Assistant Professor of English at Gateway Community College in New Haven Connecticut.
He holds a BA in English from Southern Connecticut State University and an MFA in Writing from Sarah Lawrence College. His most recent writing "A Collision of Selves: Coming Out as a Trans Educator" appeared in the November 2019 volume of The English Journal.