Home Events 2020 Ideas Who is Essential? Race, Culture, and Identity in American Democracy 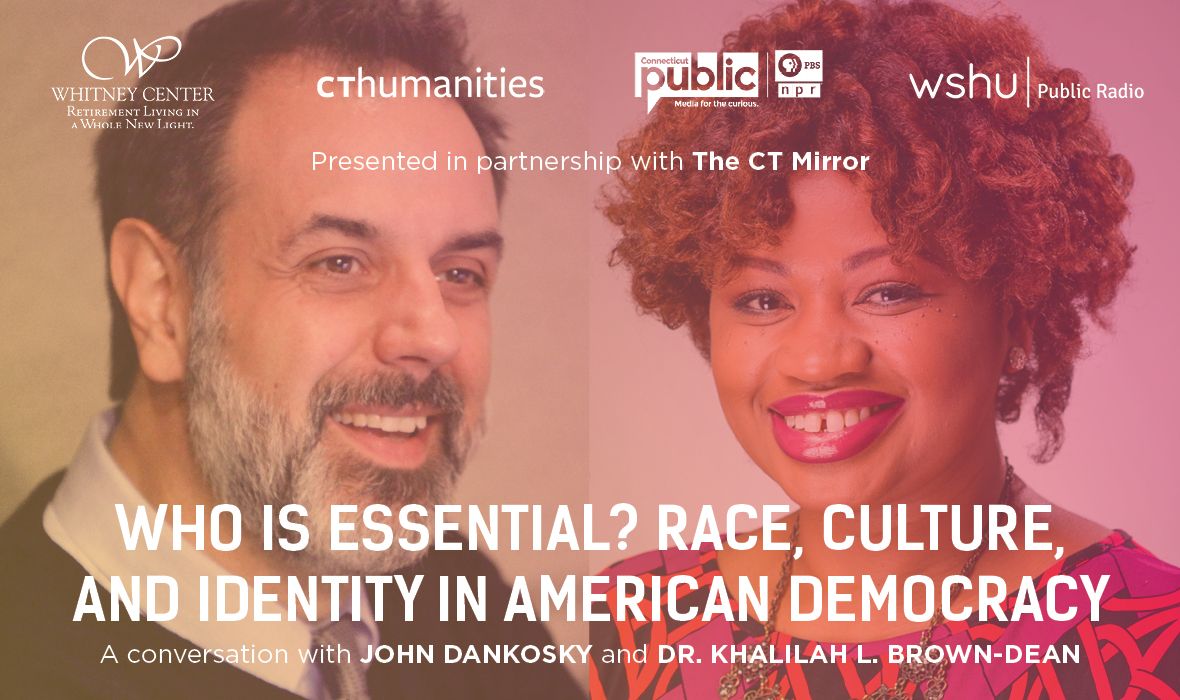 Who is Essential? Race, Culture, and Identity in American Democracy

Presented In partnership with The CT Mirror

John Dankosky invites Khalilah Brown-Dean, Political Science Professor at Quinnipiac University, and others to reflect on identity politics at this disorienting time when a new identity has emerged in our society: “essential.” What has changed in the current conversation about identity? What’s stayed the same, and what are the implications for the struggle for power in 2020?

Dr. Khalilah L. Brown-Dean is an Award-Winning Scholar, Accomplished Author, and Visionary Community Leader. A tenured Associate Professor of Political Science at Quinnipiac University and former Faculty Co-Coordinator of the Health Policy and Advocacy concentration in the Frank H. Netter School of Medicine, her work is published in numerous scholarly and public outlets such as The New York Times, Politics, Groups, and Identities, the National Political Science Review, PS: Political Science and Politics, and The National Coalition on Black Civic Participation. Dr. Brown-Dean is co-author of “Fifty Years of the Voting Rights Act: The State of Race in Politics” for the Joint Center for Political and Economic Studies and a contributing researcher for the Urban League of Southern Connecticut’s “State of Urban Connecticut” project. With a keen eye toward the practical implications of democratic conflict, Dr. Brown-Dean is a preeminent expert on issues of criminal punishment, mass incarceration, voting rights, and U.S. elections. Her work has been supported by the Ford Foundation, the Open Society Foundations, and the Prosperity Foundation.