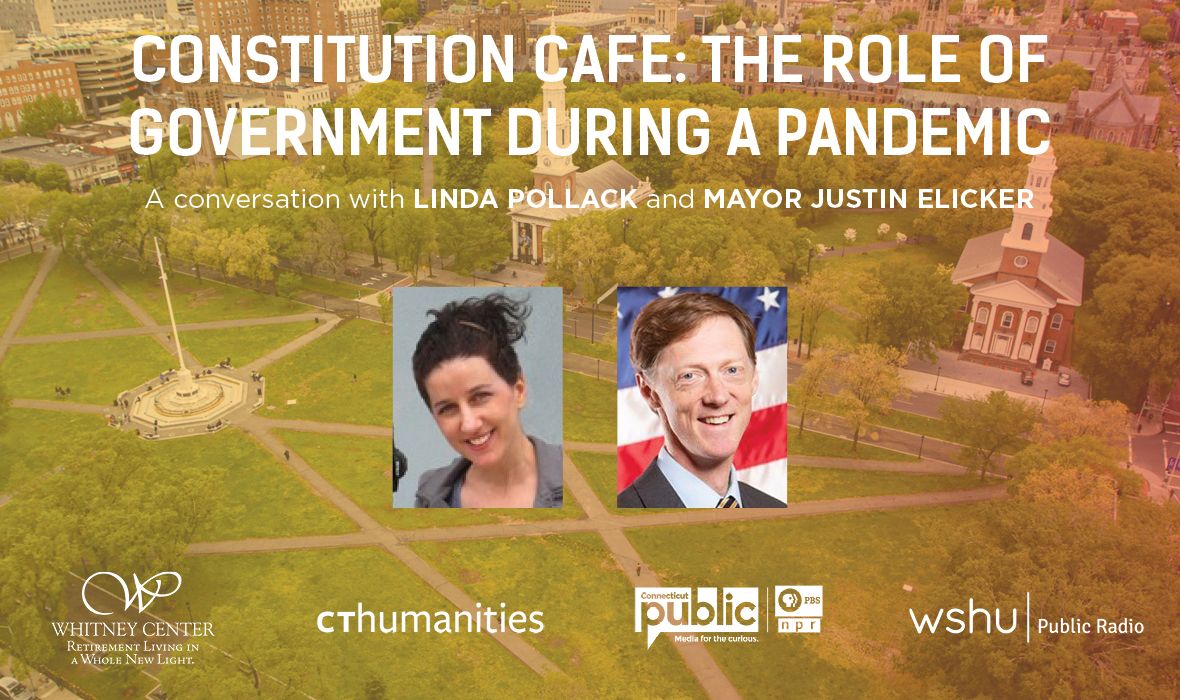 Constitution Cafe: The Role of Government During Pandemic, June 3

Join Mayor Justin Elicker, facilitator Eric Rey, your neighbors, and local experts in a community dialogue about the role of the government in a pandemic.

Justin grew up in Connecticut. He attended public school, graduated with a BA from Middlebury College in Vermont, and earned both a Master’s in Business Administration from the Yale School of Management and a Masters in Environmental Management from the Yale School of Forestry. Justin speaks Spanish and Chinese. He has been an elementary and high school teacher (for at-risk youth) and served for three years as an adjunct professor of education policy at Southern Connecticut State University.

Justin has a wealth of experience in government. He served for four years on the New Haven Board of Alders where he was a champion for residents across the city who felt unheard, underserved, and unsupported by the City of New Haven. He advocated for renters who lived in sub-standard apartments under absentee landlords, and fought against predatory landlords.

With his constituents’ support and at their requests, he promoted fostering more positive, community-police interaction in an underserved neighborhood in order to help mitigate neighbors’ feelings of mistrust and suspicion of police. He successfully implemented neighborhood and economic development improvements in the Cedar Hill neighborhood to promote more business activity and improve quality of life.

He promoted protections for gender identity. On the Board of Alders, Justin was also one of the strongest voices for long-term fiscal responsibility, government transparency, and smart governance. He had both one of the best attendance records on the Board, and the best response rates for constituent service requests. In 2013, Justin ran for Mayor in one of the most exciting and close elections in decades. Justin came in second with 45.3% of the vote.

Justin’s government experience started long before his involvement at the Board of Alders. Justin worked for five years as a Foreign Service Officer in the U.S. State Department. He was posted to Washington, D.C., Taiwan, and Hong Kong. Justin had a substantive focus on U.S. economic and environmental policy.

While working for the U.S. government abroad was rewarding and challenging, Justin decided to leave the State Department to come to New Haven because he wanted to live near his family, put down roots, and get involved in a local community that he believed in. Justin lives in East Rock with his wife, Natalie, and daughters Molly and April.

Justin is now the 51st Mayor of New Haven, and will work hard so that every resident has the opportunity to thrive, no matter where they live.