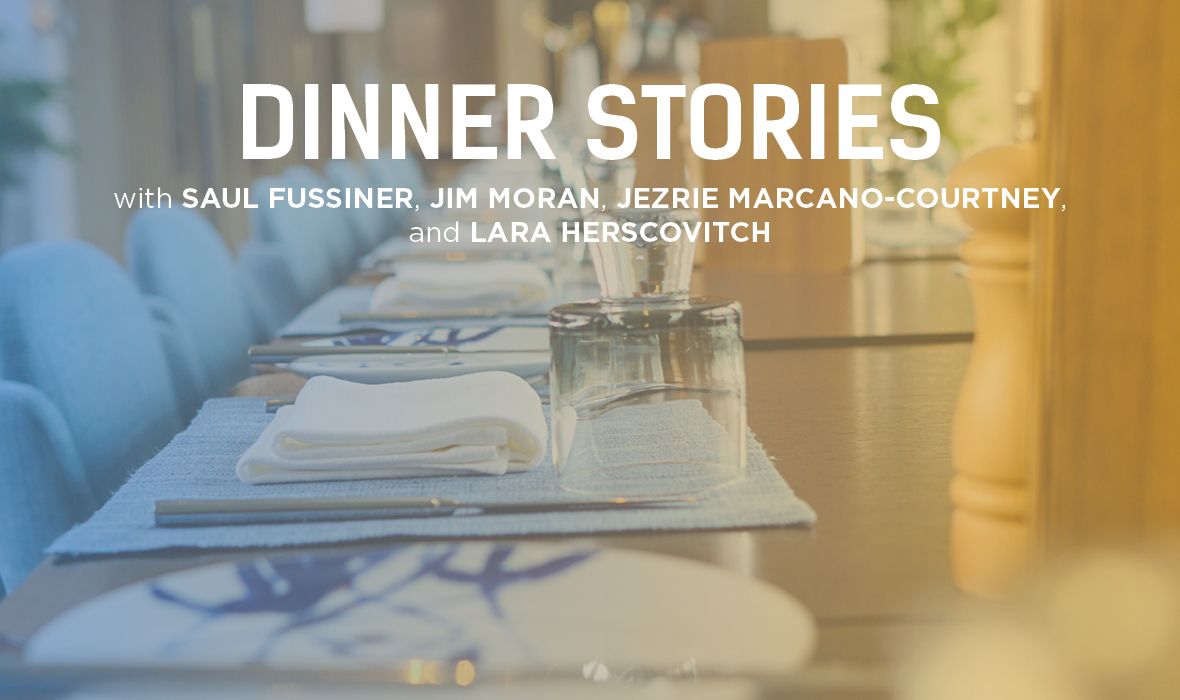 Sit down to dinner in the comfort of your own home and enjoy three New Haven storytellers sharing stories on the theme of travel.

Appetizer Course: Saul Fussiner, "Resele's Balcony." Saul is a storyteller, playwright, screenwriter, teacher, and music fan. Also the Director of Creative Writing for the ACES Educational Center for the Arts, he is the founder of the music and storytelling series Songs + Stories at Next Door in New Haven.

Main Course: Jim Moran, "Traveling First Class." Jim says he was was born among Homo Sapiens with an unusually long Neanderthal genetic sequence. Tragically his childhood "imaginary" friend Robert disappeared without a trace. Jim has searched for him in R.C. churches, Congregational congregations and Buddhist temples. Currently he is going round in Stoic circles. A Maryknoll missionary once said to him, "Wouldn't that be wonderful," and he believed her.

Dessert: Jezrie Marcano-Courtney, "Dining with Rich People." Jezrie has been a featured teller at Tellabration!, Storytellers New Haven, Songs and Stories, Story City, The MOuTH Off with Chion Wolf, and Pecha Kucha. She's a lifelong New Haven resident, and a wife hopelessly devoted to Keanu Reeves. When she isn’t crafting stories from her life, she has her head firmly planted in the clouds.

With music by: Lara Herscovitch, a singer-songwriter-poet and a former Connecticut State Troubadour who creates masterful modern folk that Sound Waves Magazine called “expertly written prose…songwriting at its best...good for your ears AND your soul.” She will be playing songs from her new album, Highway Philosophers.