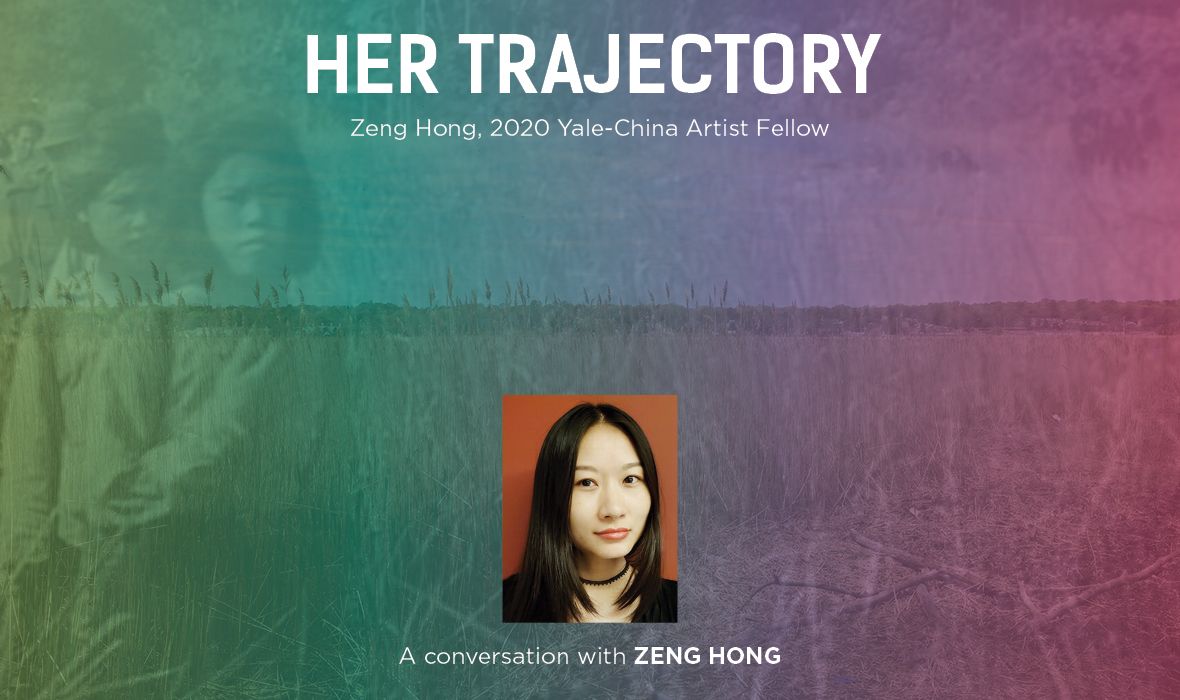 What made women leave their homelands and move to other places in the world? Comprised of a film and an Internet art piece, ZENG Hong’s project confronts the dominant grand narrative of history that undermines individuals’ experiences and tends to omit women’s voices.

The essay film Goodbye Areca Flower, Goodbye weaves together ZENG Hong’s rumination about a woman’s story. Born in 1926 in south China, Zhuang Jianying moved to Malaya with her parents when she was four-months-old. Being a member of the Communist Party of Malaya, Zhuang went through four jails by four different states in her life ­­– the Imperial Japanese Army, British Malaya, Republic of China, and the People’s Republic of China. Failing to trace her mentality in historical narrative, ZENG resorts to the history of Chinese film and the British archive for the reference of women heroes/outlaws, only to find out the mechanism behind such representation. The film thus discusses women’s relationship to the nation and unpacks the biopolitics that entangles an individual’s life with the turbulent history of the 20th century.

Her Trajectory is a participatory project presented in the form of Internet art. The website visualizes the personal trajectories of women who experience immigration on the map of the world. By zooming in, each woman participant’s personal object will be featured, alongside with its story. Through this movement, this work invites viewers to transfer their perspectives from macro to micro, examining contemporary issues of immigration and identity by looking into each woman participant’s perception and affection of cultural differences.

In this talk, ZENG Hong will share her thoughts on the subjects of her art projects presented in the International Festival of Arts and Ideas, the creation process during her residency at Yale, and her reflections after completing them. She will talk about how her essay film and participatory art project explore the contemporary issues of identity, immigration, and censorship, as well as her methodology -- how she adapts her training as a scholar to conduct artistic research. She will also share the experiences of interactions with project participants during COVID-19.

The Artist Fellowship is made possible by a partnership with the Council on East Asian Studies at Yale, the International Festival of Arts & Ideas in New Haven, and the Yale School of Drama.

ZENG Hong is an academic, curator, and visual artist. She received a M.A. in Cinema Studies and a Ph.D. in Visual Art Studies. Her research interests lie in contemporary art in Hong Kong and the Pearl River Delta region in China, as well as gender politics in film. Her art project focuses on the mechanism of identity politics and their elaboration through images and narratives. She previously taught classes in film and visual art at the School of Creative Media, City University of Hong Kong, and the Academy of Visual Arts, Hong Kong Baptist University. Her publications include academic articles in the refereed journal Continuum, Journal of Visual Art Practice, and Asian Cinema. She is the curator of Hong Kong in Poor Images (United States, 2020) and Blown Away—Art, Science and Extreme Weather (Hong Kong, 2019).

Nancy Yao Maasbach has served as the President of the Museum of Chinese in America (MOCA) since 2015. As the President of MOCA, Nancy has the unique privilege of combining her experiences in managing organizations, promoting arts and culture as a bridge between peoples, and executing research focused on redefining the American narrative by examining the role of Chinese Americans in U.S. history.

Nancy has over twenty years of leadership experience at non-profit organizations and for-profit management, including staff and board positions at The Community Fund for Women & Girls, International Festival of Arts and Ideas, Tessitura Network, Goldman Sachs & Co, Council on Foreign Relations, CNN, the Center for Finance and Research Analysis, and Aberdeen Standard Investments-managed closed-end funds.