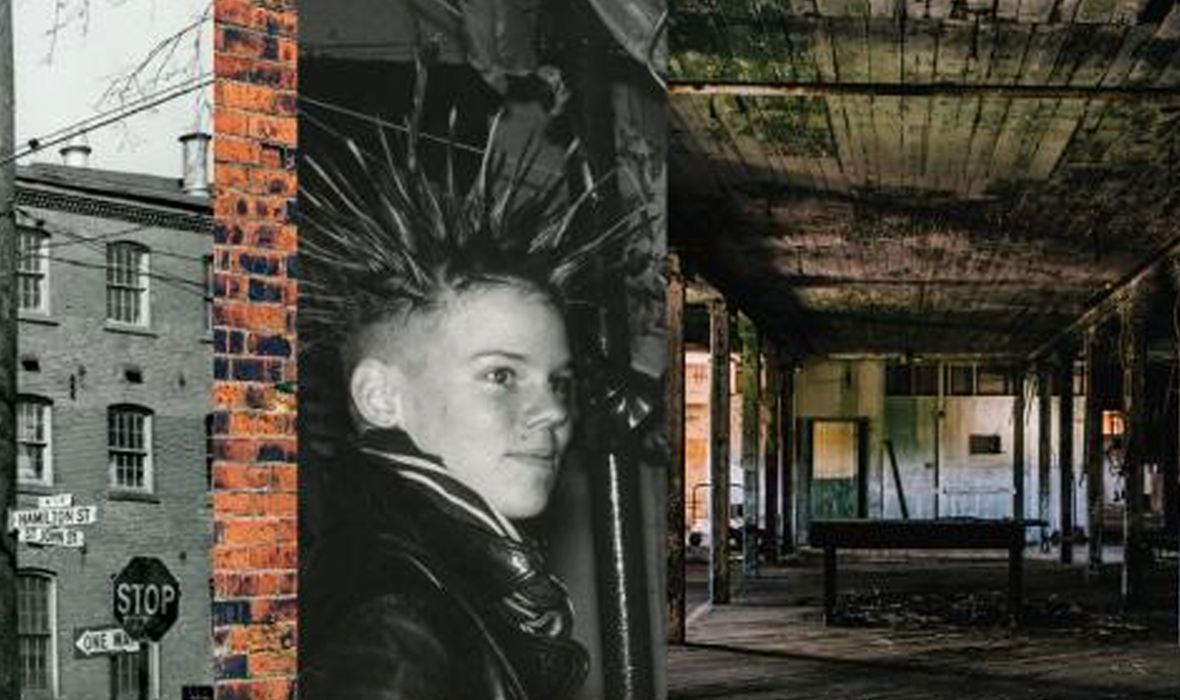 For more than a century, waves of humanity found their way to The New Haven Clock Factory. They came first to build clocks in what for a time was the largest timepiece manufactory in the world. In leaner times, they came for other purposes, some avant-garde, others grittier, but all in pursuit of freedom of expression or experience. Factory documents the post-industrial, underground history of the massive building on Hamilton Street that housed visual and performance artists, punk bands, skateboarders, and a succession of music and adult-entertainment clubs in the decades following the factory’s closure.

Using original and archival video and photography and artifacts, Factory ​highlights ​some​ of the people, personalities, and artistic endeavors once present in the building. The aim of Jason Bischoff-Wurstle, the exhibit’s curator and NHM director of photo archives, was to portray the spirit of Elm City counterculture in the late 20th and early 21st centuries. He is fascinated by the many layers of the building’s afterlife. “To passersby it looked abandoned, but it was teeming with life and most people weren’t even aware of it.”