Home Events 2021 Arts on Call Of Thee I Sing 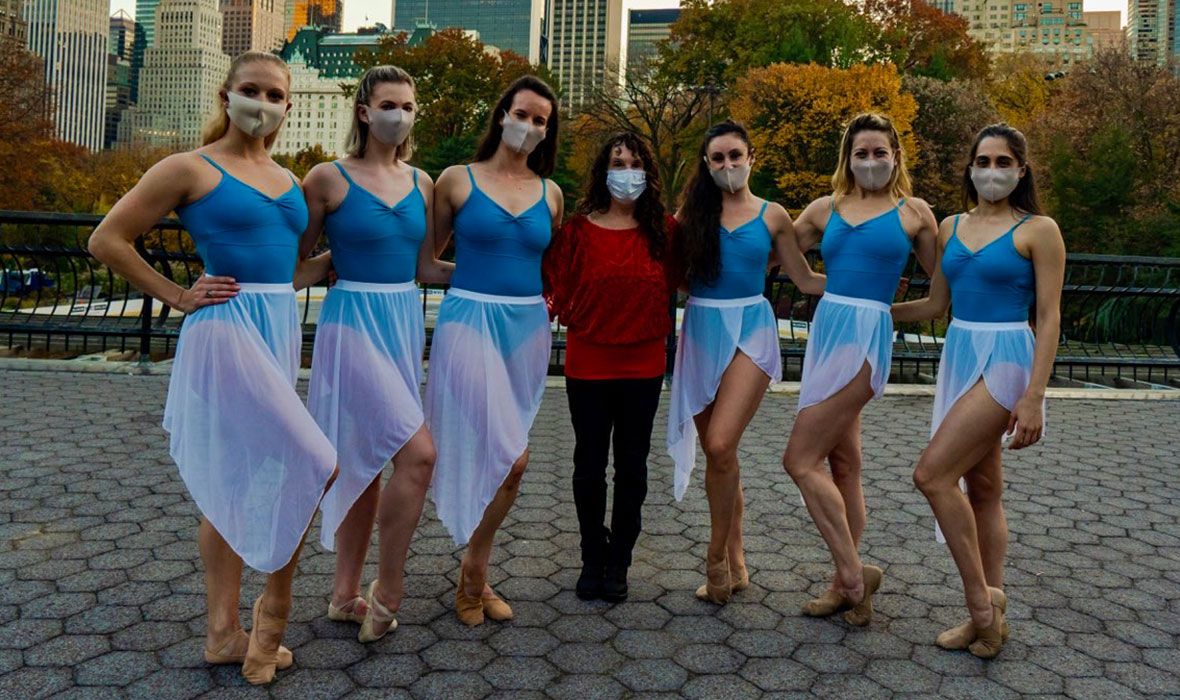 Of Thee I Sing

"To Thee I Sing" is a 20-minute dance and music piece in 4 movements (respectively entitled: March, Pace, Wander, & Race). I arranged and composed a musical score intending to evoke the myriad of experiences and emotionality of 2020, while looking towards a hopeful future. With choreography that depicts both the obvious and the ineffable, six dancers present a sensitive, passionate account of the provenance of this time in our history and its impact. The dancers express how the world began the year 2020--"ringing it in," as any other year--and ended it in ways we have not imagined in our lifetimes. Recognizable American themes are musically quoted within the framework of other well-known music. The piece as a whole intends (and I believe succeeds in doing so) to pay honor to the pledge for freedom and democracy.

Colorado native, pianist and composer Stacey Rose, graces today's classical musical stages worldwide. Orchestras on all 7 continents have engaged Stacey to perform as the featured guest soloist. In Moscow, Kiev, and Tbilisi, Republic of Georgia, she played repertoire that had not before been accessible to these cities. Her diverse and virtuosic pianistic talent ranges from Classical and Contemporary to Broadway music. In the season prior to Covid, Stacey delighted audiences throughout the U.S. with a solo program of her original works and "paraphrases," interweavings of classical and jazz standards. To her compositional credit are works for solo piano, songs for voice & piano, a Concerto for Piano & Orchestra (that she premiered with the National Repertory Orchestra and the New Haven Symphony Orchestra), a CD of “Music Stories” for children, and a musical drama. Notable solo concert performances include 3 (sold out) recitals at Weill Recital Hall of Carnegie Hall, Gracie Mansion, the Master's Series of St. Catherine, Five Burroughs Festival, and Mexico City's Palacio de Bellas Artes. Stacey is devoted to performing for social causes and non-profit organizations. Some of these have included: the International Aids Society, the National CARIH Foundation, the New Haven Symphony & Chorale, The Namaste Foundation, Tower-One Living Center, the National Urban League, the Colorado Symphony Orchestra, The National Tennis Association, The ASCO Foundation to Conquer Cancer, The Albert Einstein Symphony, and Connecticut Hospice. After the events of 9/11 and Newtown, CT, she established funds with the United Way of America and performed recitals to benefit families affected by those tragedies. Stacey received a BA from Stanford University and a Performance Diploma from The Mannes School of Music. She has been a Steinway Artist since 1992.

Dancer and Choreographer Taylor Gordon is internationally renowned. Some of her notable U.S. performances include: The Metropolitan Opera Ballet at Lincoln Center; Jacob's Pillow Dance International Festival; The Radio City Christmas Spectacular; Off-Broadway and national tour of Angelina Ballerina, The Kennedy Center, Carnegie Hall, and numerous ballet & contemporary dance companies such as Exit12. Internationally, Taylor serves as a dance captain & resident director with Spirit Productions and has regularly performed with TUI Cruises, Cirque Le Masque, and Dance Theater Workshop. In a full-page article of The New York Times' Sunday Arts Section, one dance critic wrote of Taylor, “on that big stage, Ms. Gordon does indeed seem a star." A member of AGMA and AGVA, she has danced a principal role on Time Warner Cable NYC, on PBS Great Performance at the Met Live in HD, MTV’s “Made,” and on The Today Show. Her dance and choreography work has been featured on CNN, NBC, Fox News, ABC, CBS, Dance Magazine, Vanity Fair Online, The Huffington Post, Dance Spirit, and The Times of India. Taylor trained at Boston Ballet, The Rock School, and Ballet Academy East, spending summers with the companies of Twyla Tharp, Complexions, ABT, & Miami City Ballet. Her professional certifications include Full Pilates apparatus & mat, Yoga, the American Council on Exercise Functional Training Specialist, Senior Fitness Specialist & Group Fitness Instructor, and TEFL. In NYC, Taylor teaches at Pilates on Fifth, Crunch, The Pilates Movement, The Mercedes Club, and the United Nations Ballet Club; her workout videos are available on Amazon. A much sought-after guest dance instructor, Taylor has taught in Japan, China, India, Bali, and across the US. In 2020, she founded Tailored Movement NYC for virtual classes. Also an accomplished writer, Taylor received a BA in Communication Arts and a Master’s Degree in Publishing by age 20. She interned at The New Yorker and has written for publications including Pointe and MGM Las Vegas Hotel "M" Magazine. She is Associate Director of the semiannual Performing in NY Showcase with Kat Wildish.