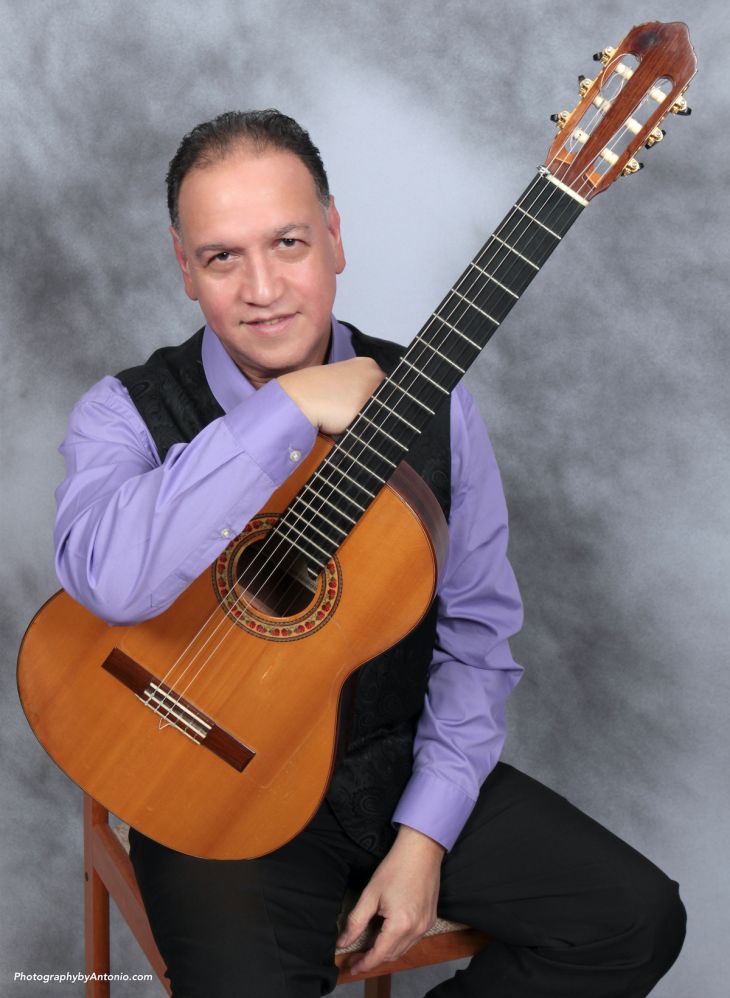 Community will be important in 2021, and music often transcends differences and brings people together to celebrate life and the good things it can bring us all. My performance will inspire everyone to see the good things in life and appreciate how music brings us together in community.

My performance consists of thirty minutes of colorful and beautiful Flamenco guitar music. Drawing from this rich and old musical culture, my performance captures a variety of moods and technical elements with passion and creativity. From the festive SEVILLANAS, to the elegant MALAGUENAS, to the soulful SOLEARES and SEGUIRIYAS, the performance offers a wide palette of musical themes and nuances. During my performance, I devote a few minutes to talking about Flamenco as a musical culture of southern Spain.

Val Ramos has been performing Flamenco guitar music as a professional since 1985, when he made his debut for the Disney Channel's "Coming On!" variety series produced by Art Linkletter. Val has since performed as a soloist, with his brother Jose Ramos, with traditional Flamenco singers and dancers, and with his ensemble--the Val Ramos Flamenco Ensemble--at major music festivals (International Festival of Arts & Ideas, Litchfield Jazz Festival, Levitt Pavilion Summer Concerts, SummerWind Concert Series, Guitar Under the Stars, Regattabar Spring Jazz Festival, etc.), concert halls, universities, cultural centers, and community heritage events. Val has performed on television and has toured in the U.S., Spain, and Puerto Rico with his ensemble. He has released three CDs under his own record label, PIRAM Records, and has also been featured in CD compilations produced by the CT Guitar Society, among others. Val has also been featured in numerous radio and newspaper interviews. He and his ensemble have been hailed as "the best of classical Flamenco brought to modern standards (Rootsworld.com) and "a hidden treasure of Flamenco in the Americas...Superb musicianship" (Flamenco Connection).