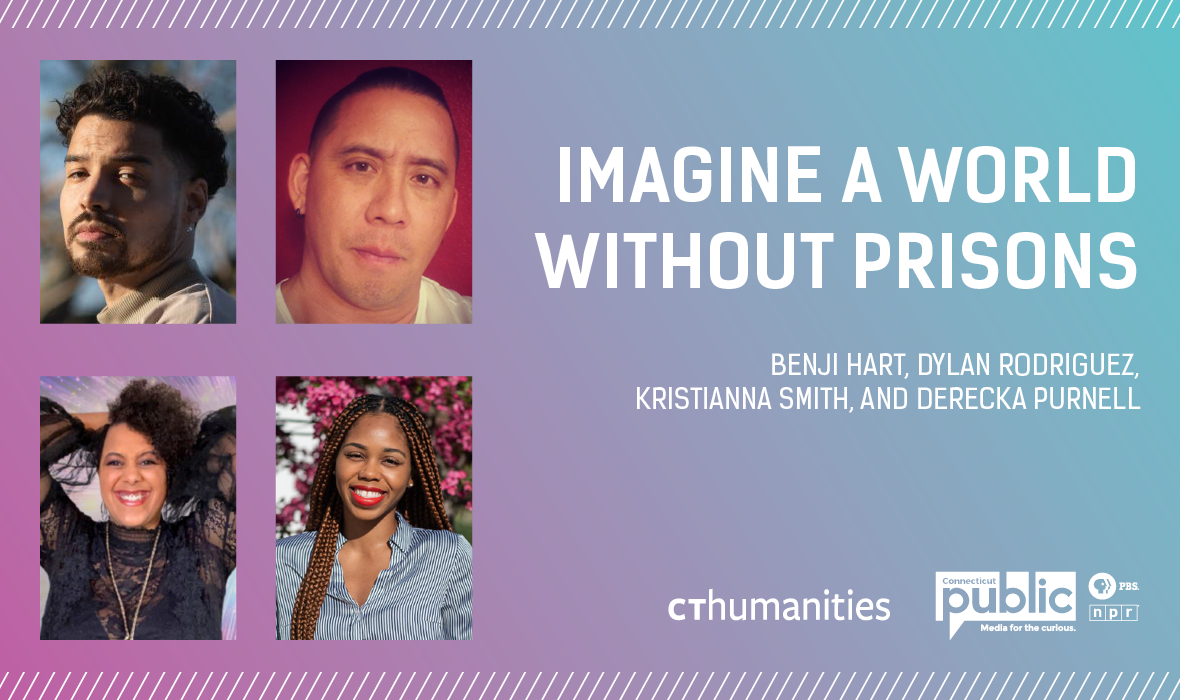 Imagine a World Without Prisons

What would a truly just system look like? In 2021 we saw a surge in anger and action regarding the state of the prison industrial complex, a system that is unjustly imprisoning Black and brown people, profiting off of their imprisonment, and killing our community members. Abolitionists imagine a different justice system that moves beyond punishment into transformative justice that works for all, not some. Facilitator, theater artist, intuitive coach and Queer Black Mama Kristianna Smith leads this panel discussion envisioning a healthy, functioning alternative to our current penal system.

Benji Hart is a Chicago-based author, artist, and educator. Their essays and poems have appeared in numerous anthologies, and their commentary has been published at Teen Vogue, Time Magazine, The Advocate, and others. They have led workshops for organizations and at academic institutions internationally, and facilitated convenings for groups like Law For Black Lives, National Bail Out, and the Social Justice Initiative’s Portal Project. Their performances have been featured at CA2M (Madrid), Museo Universitario del Chopo (Mexico City), BRIC (New York), and elsewhere. They have been a fellow at the Robert Rauschenberg Foundation, MacDowell, and are a 3Arts awardee.

Host, Professor in the Department of Media and Cultural Studies at the University of California, Riverside

Dylan Rodríguez is an inaugural 2020 Freedom Scholar, President of the American Studies Association (2020-2021), recent Chair of the UC Riverside Academic Senate (2016-2020) and Professor in the Department of Media and Cultural Studies at the University of California, Riverside. He is the author of three books, White Reconstruction: Domestic Warfare and the Logic of Racial Genocide (Fordham University Press, 2021), Forced Passages: Imprisoned Radical Intellectuals and the U.S. Prison Regime (University of Minnesota Press, 2006) and Suspended Apocalypse: White Supremacy, Genocide, and the Filipino Condition (University of Minnesota Press, 2009), and co-editor of Critical Ethnic Studies: A Reader (Duke University Press, 2016). Dylan can be reached on Twitter (@dylanrodriguez), Instagram (dylanrodriguez73), and Facebook (www.facebook.com/dylanrodriguez73).

Kristianna Smith is an anti-racist facilitator , theatre artist, intuitive, and Queer Black Mama. As the owner of Via Arts, she uses play and theatre as a mechanism to dismantle institutional oppression and take up practices that move us closer to liberation. Most recently, Kristianna has started the project Policy Through Play on instagram and facebook. Policy Through Play seeks to decode local politics and give the general public the tools they need to shift political practice towards a structurally care-centered world. Kristianna also uses her social media platforms to explore the intersection Black Queer Motherhood and Pleasure, asking, "How do I hold freedom in a world that tries to keep it from me?" In her whole, Kristianna practices generative conflict, deep joy, and radical dreaming.

Derecka Purnell is a human rights lawyer, writer, and organizer. She received her JD from Harvard Law School and works to end police and prison violence by providing legal assistance, research, and training to community-based organizations through an abolitionist framework. She has been published in and featured on The New York Times, NPR, The Atlantic, The Boston Globe, Harper’s Bazaar, Cosmopolitan, The Appeal, Truthout, Slate, Boston Review, Huffington Post, Vox, and In These Times. Derecka is currently a columnist at The Guardian and co-founder of the National Museum of Social Justice and Contemporary Activism.