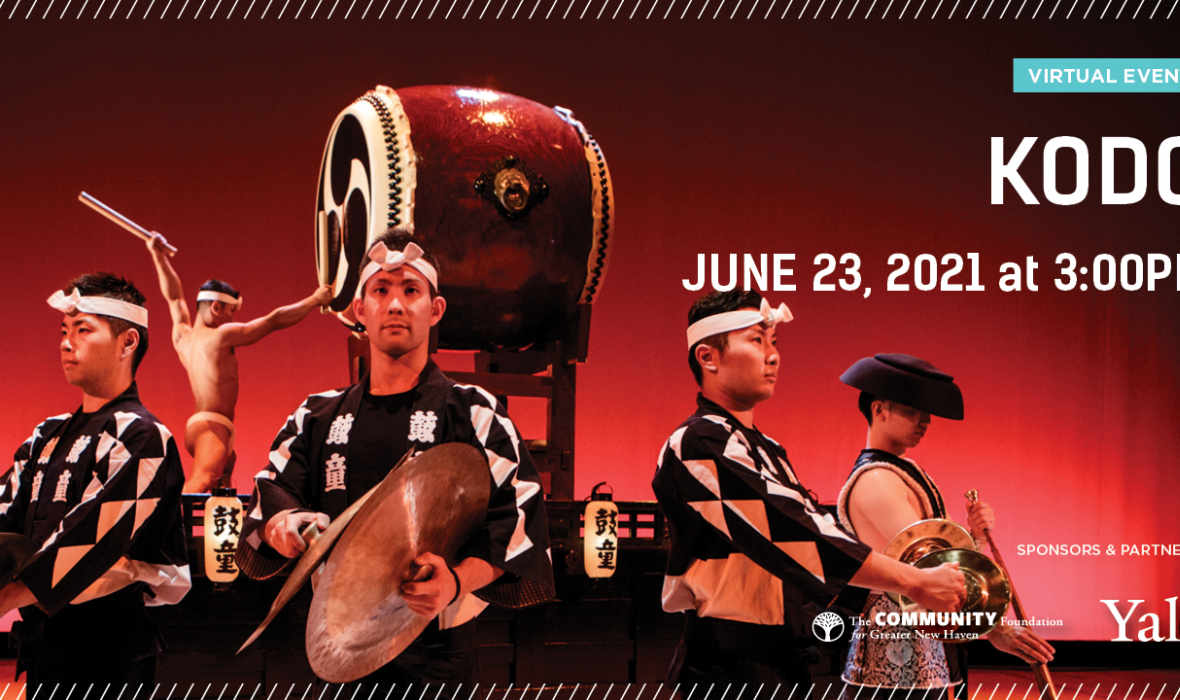 Japanese drumming group Kodō has popularized traditional Japanese taiko worldwide, having performed at the Nobel Peace Prize Concert and recorded on the anthem of the FIFA World Cup Japan, and the band regularly plays Tokyo’s iconic Kabukiza Theater. Employing a wide range of percussion instruments, the more than 30 members of Kodō are known for their rigorous athletic training and manipulation of some of the most impressive drums in the world, like the enormous o-daiko drum whose range spans from whisper quiet to thundering roar.

The taiko: a traditional Japanese drum with limitless rhythmic possibilities. Kodo’s mission is to explore these possibilities, and in the process forge new directions for a vibrant living art-form. In Japanese, the word “Kodo” holds a double meaning. It can be translated as “heartbeat,” the primal source of all rhythm. Indeed, the great taiko is thought to be reminiscent of a mother’s heartbeat as felt from the womb, and babies are often lulled to sleep by its thunderous vibrations. If read in a different context however, Kodo can also mean “children of the drum,” which reflects the group’s desire to play the drums with the simple heart of a child.

Since the group’s debut at Berliner Festspiele in 1981, Kodo has given over 6,500 performances in 52 countries on five continents. This figure includes 4,000 performances under the “One Earth” banner, a theme that embodies Kodo’s desire to transcend language and cultural boundaries, all while reminding their audiences of the common bonds we all share as human beings. In addition to its theater schedule, Kodo enjoys working with thousands of school children across Japan through its ongoing “School Workshop Performance” tours. The ensemble also participates in a wide range of projects and events, which includes headlining major international festivals, contributing to motion picture soundtracks, and collaborating with a wide variety of global performing arts leaders.