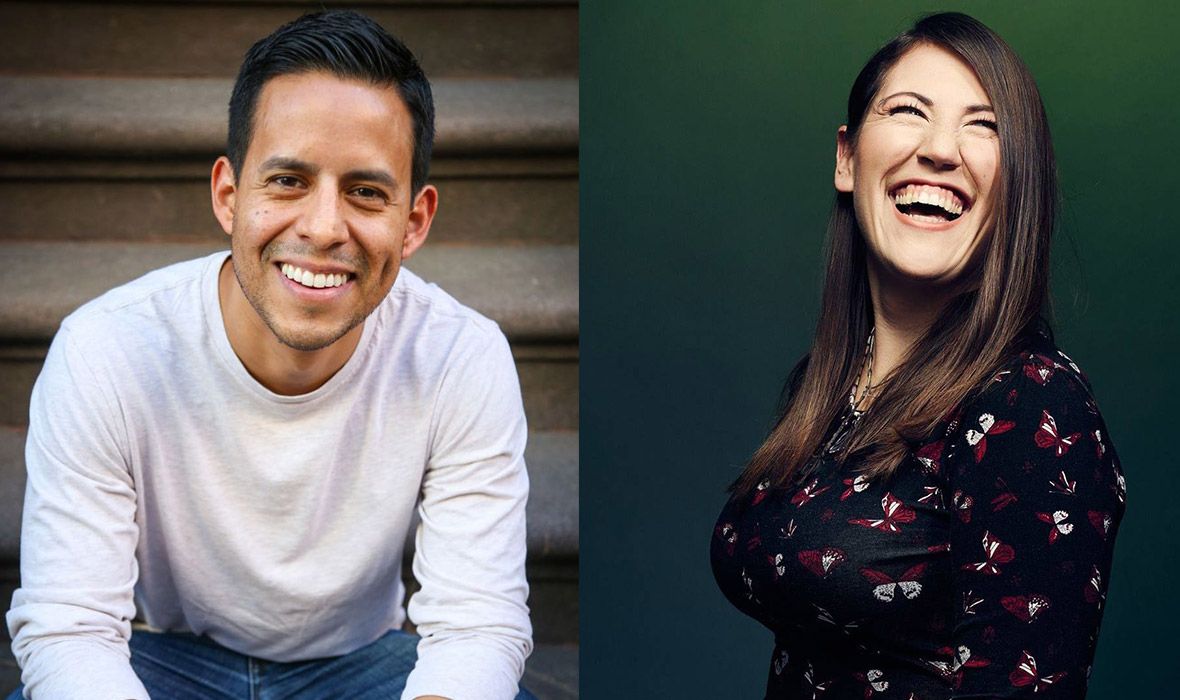 Join us for this artist-in-conversation event to launch the on demand availability of Madeline Sayet’s “Where We Belong," the Mohegan theater-maker’s solo piece that reflects her experience pursuing a PhD in Shakespeare in the UK, a country that has yet to reckon with its colonial past. Sayet will discuss her work with Long Wharf Theater's artistic director Jacob Padrón, Co-founder of the Artists' Anti-Racism Coalition and Founder and Artistic Director of The Sol Project, a national theater initiative dedicated to producing the work of Latinx playwrights in New York City and beyond. Sayet, named to Forbes’ 30 Under 30 and Padrón, named “one to watch” by American Theater Magazine, represent the cutting-edge of theater and artistic dialogue in this country.

Learn More About "Where We Belong"

This event will be ASL interpreted.

PLEASE NOTE: By reserving this event, you are reserving a curated evening presented on the mainstage. We hope you will join us for the full evening, but you may choose to attend single events. The events included in this curated evening are:

Jacob G. Padrón (he/him) is the Artistic Director of Long Wharf Theatre in New Haven, Connecticut and the Founder and Artistic Director of The Sol Project, a theatre initiative dedicated to producing the work of Latinx playwrights in partnership with leading Off-Broadway theaters in NYC and beyond. He was formerly the Senior Line Producer at The Public Theater in New York City and, prior to that, was the Producer at Steppenwolf Theatre Company in Chicago where he oversaw the artistic programming in the Garage, Steppenwolf's second stage dedicated to new work, new artists, and new audiences. From 2008 to 2011, he served as the Associate Producer at the Oregon Shakespeare Festival. Padrón is a graduate of Loyola Marymount University (BA) and Yale School of Drama (MFA), where he is now on faculty in the theater management program. He is originally from California where he began his life in the theater with El Teatro Campesino.

Madeline Sayet is a Mohegan theatre maker who believes the stories we pass down inform our collective possible futures. She has been honored as a Forbes 30 Under 30 in Hollywood & Entertainment, TED Fellow, MIT Media Lab Director’s Fellow, National Directing Fellow, Drama League Director-In-Residence, NCAIED Native American 40 Under 40, and a recipient of The White House Champion of Change Award from President Obama. She serves as the Executive Director of the Yale Indigenous Performing Arts Program (YIPAP), and is known throughout the field for her work promoting indigenous voices and decolonizing systems. She premiered her solo performance piece Where We Belong at Shakespeare's Globe and RichMix in London this past summer to critical acclaim, becoming the first Native American playwright to have her work performed at The Globe. Recent directing work includes: Midsummer Night's Dream (South Dakota Shakespeare), Henry IV (Connecticut Repertory Theatre), Whale Song (Perseverance Theatre), She Kills Monsters (Connecticut Repertory Theatre), As You Like It (Delaware Shakespeare), The Winter’s Tale (Amerinda/HERE Arts), Poppea (Krannert Center, Illinois), The Magic Flute (Glimmerglass), Macbeth (NYC Parks), Miss Lead (59e59).