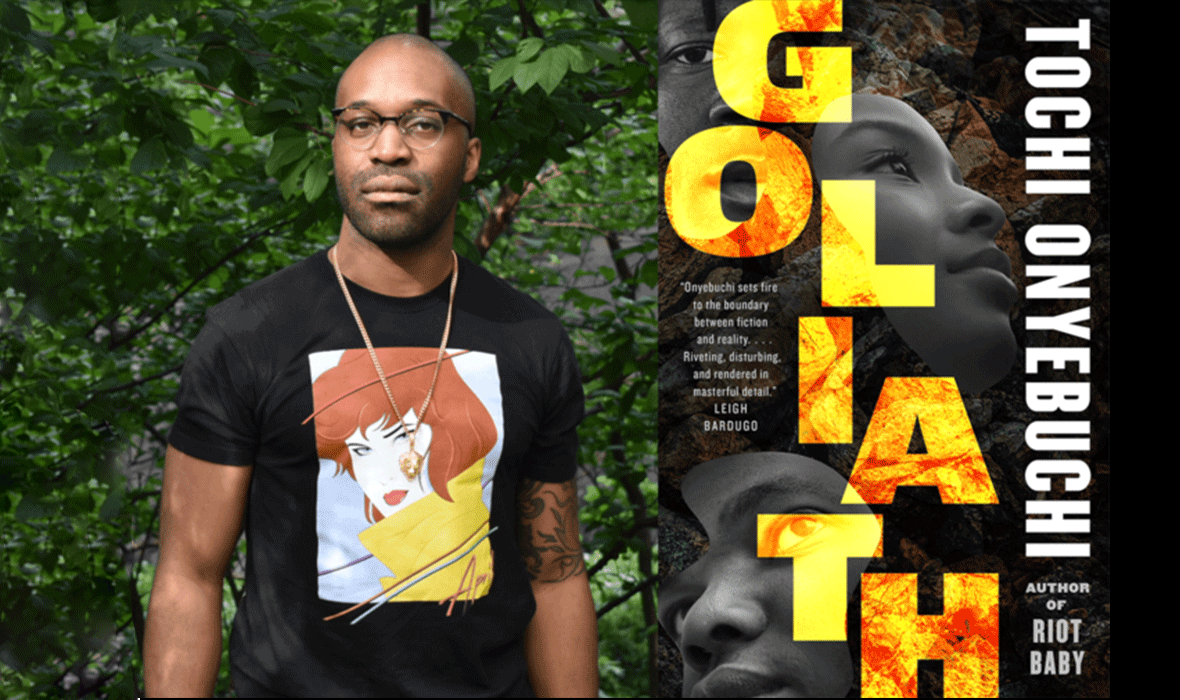 Join the New Haven Free Public Library for an exploration of the works of local, bestselling, and award-winning author Tochi Onyebuchii, with highlights from his latest book Goliath set in New Haven. This program is in conjunction with the New Haven's One City, One Read initiative celebrating the works of Octavia Butler, specifically Parable of the Sower, and the importance of representation in science fiction.

In addition to his new novel, Goliath, Onyebuchi's previous fiction includes Riot Baby, a finalist for the Hugo, Nebula, Locus, and NAACP Image Awards and winner of the New England Book Award for Fiction, the Ignyte Award for Best Novella, and the World Fantasy Award; the Beasts Made of Night series; and the War Girls series. His short fiction has appeared in The Best American Science-Fiction, The Year’s Best Science Fiction, and elsewhere. His non-fiction includes the book (S)kinfolk and has appeared in The New York Times, NPR, and the Harvard Journal of African American Public Policy, among other places. He has earned degrees from Yale University, New York University’s Tisch School of the Arts, Columbia Law School, and the Paris Institute of Political Studies.