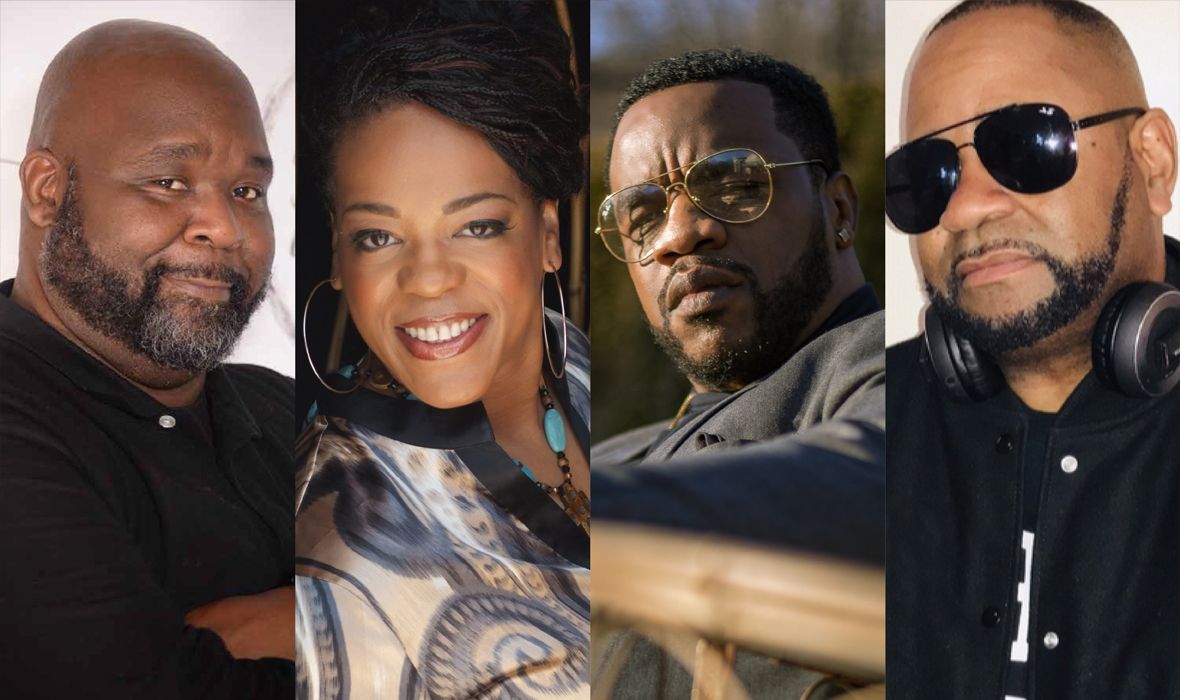 Cool Breeze creates a hypnotic meld of sound in a lineup featuring a variety of soul, pop, and R&B performances. Get down and boogie!

PLEASE NOTE: This event WILL NOT be Livestreamed. We hope to see you on the Green!

R&B singer Evelyn "Champagne" King came to fame during the disco era and remained prominent through much of the '80s with over two dozen charting singles. Born July 1, 1960, in the Bronx, she had a showbiz lineage. Her uncle was actor/singer/dancer Avon Long, who first played Sportin' Life in the play Porgy and Bess and later starred in the '70s play Bubblin' Brown Sugar. Her father, Erik King, was a singer and often augmented groups that appeared at New York's Apollo Theater. By her teens, King had relocated to Philadelphia with her mother , and began singing in several groups. For a teenager, King's voice was quite mature. Many at first thought she was a grown woman. Smooth Talk While working one night at Philadelphia International Records' recording base, producer T. Life overheard some tantalizing vocals coming from a washroom.

There, he discovered 16-year-old Evelyn King and her mother, who were doing cleaning work. Signing the singer to a production deal and a contract with RCA, Life's first single with her was "Dancin' Dancin' Dancin'," but it was a later single, called "Shame," that gave her career launching success.

She subsequently signed to EMI Manhattan, where she released Flirt (1988), which included the tender ballad "Kisses Don't Lie, along with a cut recorded with Evan Rogers and Carl Sturken, a duo who later facilitated the rise of Rihanna.

DJ Juan Coon has been at the forefront of the CT music scene starting with his career as a radio DJ for WHUS Radio at UCONN in the early 90’s. Juan has been a radio personality on WYBC-94.3 in New Haven, CT as well as a mix show DJ for both WYBC-94.3 and WBLS-107.5 in NYC. Juan Coon is more than just a DJ, he is also a well known promoter. His influence has expanded beyond the CT borders as he has played for and promoted shows for the likes of Jolie Magazine-Her Game Fashion Show hosted by Vivica Fox, The NBA, Xerox, IBM, The Muhammad Ali Foundation, Arthur Ashe Foundation, and NARAS (Grammy) – of which he is a voting member. He has played in almost every major city of the USA as a Headliner DJ including New York, California, Chicago, D.C., Miami.

Currently Juan Coon can be heard on WWW.1015theVIBE.com on FRIDAYS and SATURDAYS from 8pm-12am . The VIBE is an Atlanta GA based radio station.

As eloquently put by the Notorious B.I.G., “it was all a dream”. A young starry-eyed DJ Diamond Dee fell in love with hip hop at the tender age of 12, listening to legendary mixmasters like DJ Grandmaster Flash and Grand Wizard Theodore, and New Haven’s own Cutmaster Joey Dee, DJ Reggie Regg, and DJ Mario. By high school, he was spinning for local parties, school events, and venues like the infamous Elm City hangout, Teen World. A niche for old-school hip hop, heavy skills on a set of Techniques, and unmatchable savoir faire on the mic has made him one of the most coveted deejays in Connecticut for the last 35+ years. Diamond Dee joined forces with his wife, Homegirl Zeb, and childhood friend Steve The Wonder, to form Connecticut’s first commercially successful hip hop radio show, The Power Hours, on 94.3 WYBC FM in the early 90’s.  The team was brought back to WYBC by PD and friend, Juan Castillo, in 2014 to commemorate their 25 year legacy, enjoying a two year run as part of an all-star lineup for WYBC’s Saturday Mixmaster Jam, and Diamond as deejay on the Monday Drive at 5. His most recent engagements have been on internet radio stations 2WOICX, Fleet DJ Radio, and CT Vibe 101 in Connecticut and Tennessee. Diamond remains in very high demand as a deejay, at nearly every event venue in the state, at various community events, on stage with recording artists like Chubb Rock, Charlie Wilson and The Rahsaan Langley Project, and alongside local upcoming artists like Nfinity Muzik. Simply put, he’s one of the best to ever do it.