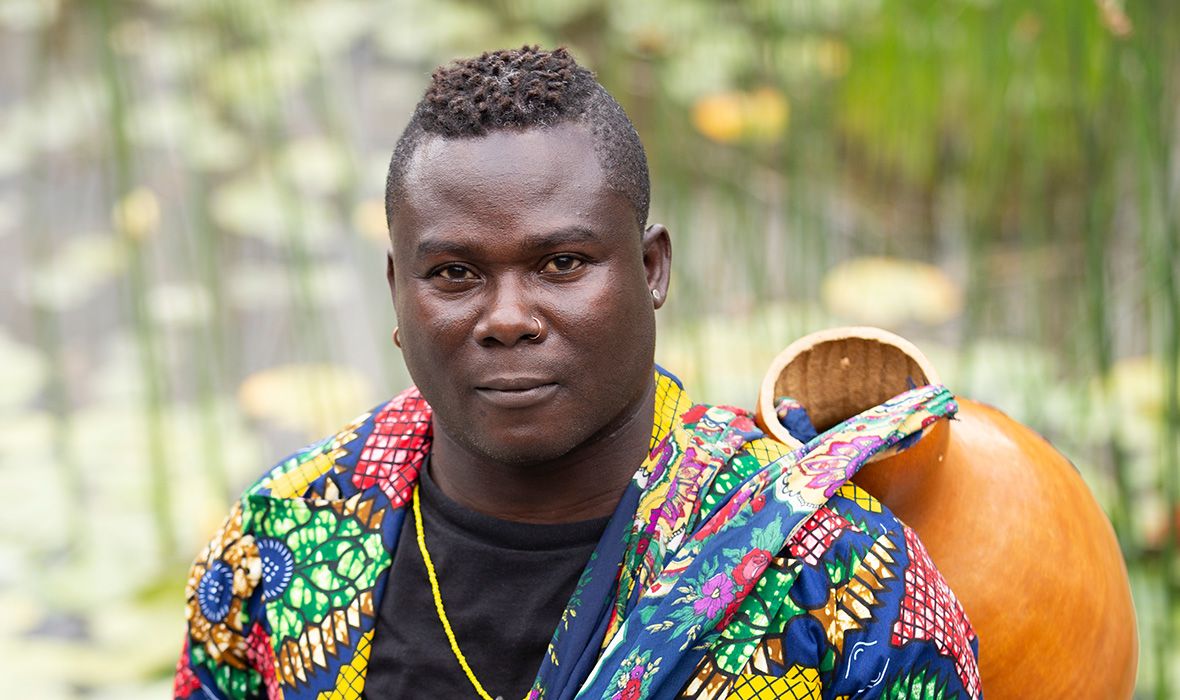 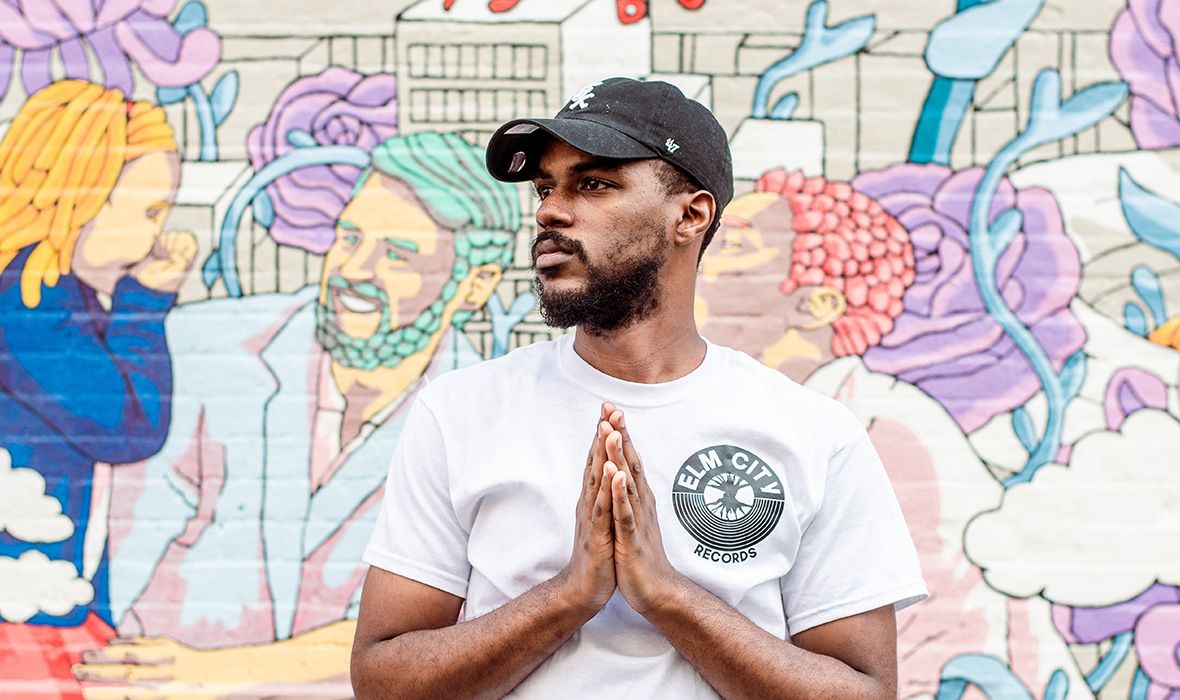 K. Dub
Reminiscent of A Tribe Called Quest, K. Dub’s flow cascades effortlessly over immaculately produced beats for enticing and engaging songs that represent himself, his identity, and the Elm City. K. Dub’s most recent album, Elm City Trees, sports seven tracks that explore Black identity and what it means to be a Black man in smooth prose and smoother beats. If you’re looking for flow for days, look no further.

Okaidja
West African singer-songwriter Okaidja incorporates percussion, traditional dance, and vocals in Ga, one of the languages of Ghana, into his Afropop vocals and soft guitar pickings. Okaidja, who performed as a youth in the Ghana Dance Ensemble, uses music to educate on a global scale.

K.Dub is an artist who uses Rap as a way to represent the art of Hip Hop and himself with authenticity. Born and raised in New Haven, K.Dub has drawn inspiration from his city, the leaders in his community, and his own experiences and uses them to tell the story of an inspiring and creative young man from Elm City. Join him as he uses his talent to spread positivity and uplift his peers in the 203 and beyond.

Okaidja Afroso was born into a family of musicians and storytellers in the village of Kokrobite on the west coast of Ghana. He began his career as a dancer with the celebrated Ghana Dance Ensemble. As he toured internationally Okaidja expanded his artistic reach becoming a master multi-instrumentalist, singer-songwriter, and arranger. His uncle was the town’s notorious composer who spared no one with the songs he wrote about life in their small fishing village. Okaidja’s mother was a colorful lead singer in her spiritual church. Her powerful songs of praise earned her the name “the spiritual singer.” As a young boy Okaidja sang while he worked on fishing boats. The fishermen would sing a cappella songs as they worked, and Okaidja passed the long days learning the songs of the great sea.

At the age of 19, Okaidja was accepted as a professional dancer for the prestigious Ghana Dance Ensemble at the University of Ghana’s Institute of African Studies. He became well known for his energetic stage presence and excelled in his performances of the Ga fetish dances. The Ghana Dance Ensemble gave Okaidja the opportunity to study with the best teachers in the country.

Okaidja’s first album, The Traditionalist, is his raw and emotional interpretation of the folkloric songs he grew up singing. His second album, Obutu Apla, ventures away from the strictly traditional and it was heavily influenced by Okaidja’s inquiry into the African Diaspora. Okaidja’s career shifted as he began to do extensive research into the connections between Ghanaian music and the music of the African Diaspora. Out of this passionate inquiry, his band Okaidja & Shokoto was formed. Through Shokoto, Okaidja created music that draws from multiple cultural influences from the past and the present. The result was a dynamic fusion of traditional and contemporary African rhythms with the diverse music of the African Diaspora. After dancing and playing percussion for so many years, Okaidja followed his soul’s calling and taught himself how to play the guitar. He spent countless hours trying to give voice to all melodies in his head through this new medium. By learning completely on his own, through his relentless desire to play his unique style of music, he inadvertently created a guitar style that is so distinct that many accomplished guitarists tell him to avoid formal training so he does not lose his pure, inimitable sound. The guitar brought out a different sound and inspired Okaidja to write songs unlike anything he had created before. His album, Messenger, reflects the journey that he has been on as a messenger, carrying communication between the traditional world of his native homeland and the contemporary landscape of this modern-day. Okaidja’s songs tell the stories of his people and follow their journeys through the disparate lands where they were scattered. It is an album that speaks to the soul. In 2017 Okaidja released his album, The Palm Wine Sea, which brings together the deep understanding of Okaidja’s own musical transitions and the inspiration of Africa throughout Latin America. The music of The Palm Wine Sea is the music of the human experience. It is joyous, tragic, and uplifting. It embodies the vast perfect/imperfect shared human story.