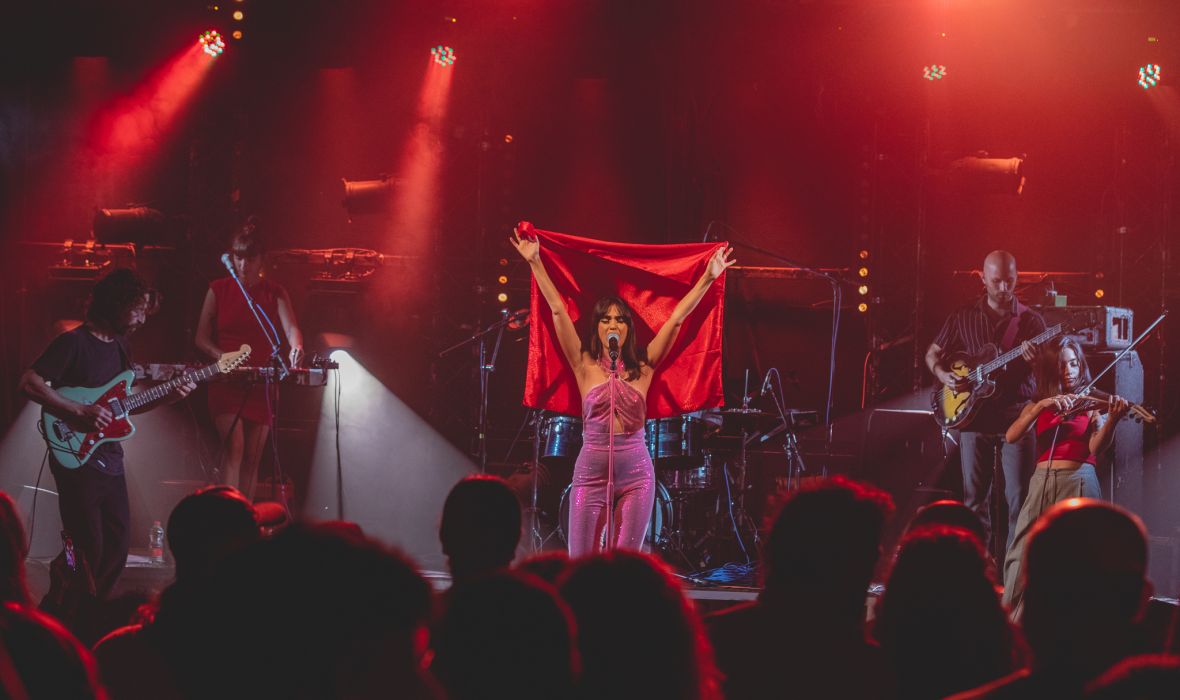 Experience the allure of catchy electro-pop music that carries a message with Israeli-Persian singer, songwriter, actress, and cultural activist Liraz. Athough women’s vocal performances have been restricted in Iran since the Iranian Revolution, through “clandestine collaborations” Liraz worked with women based in Tehran and beyond to create “private revolutions.” These women’s stories inspired her 2020 album Zan, which means “women” in Farsi.

Singer, songwriter and actress Liraz has taken her shimmering electro-pop underground. She’s turned it into something dangerous and even more beautiful than before. For her second album, Zan (“Women” in Farsi), the Israeli-Persian singer collaborated online with composers and musicians from Iran. Everything had to be secretive to avoid the gaze of Tehran’s mullahs and secret police. The result is her private revolution, songs with a true message, music to make people dance and smile – and above all, think. The songs on Zan are the fulfilment of a dream, taking Liraz deep into the soul of the country that fills her heart and populated the stories her parents told her as a child – but one she’s never seen. They were written for the women in her family and to connect with her own history, quite often the same thing.

This event will also be livestreamed on our Virtual Stage.