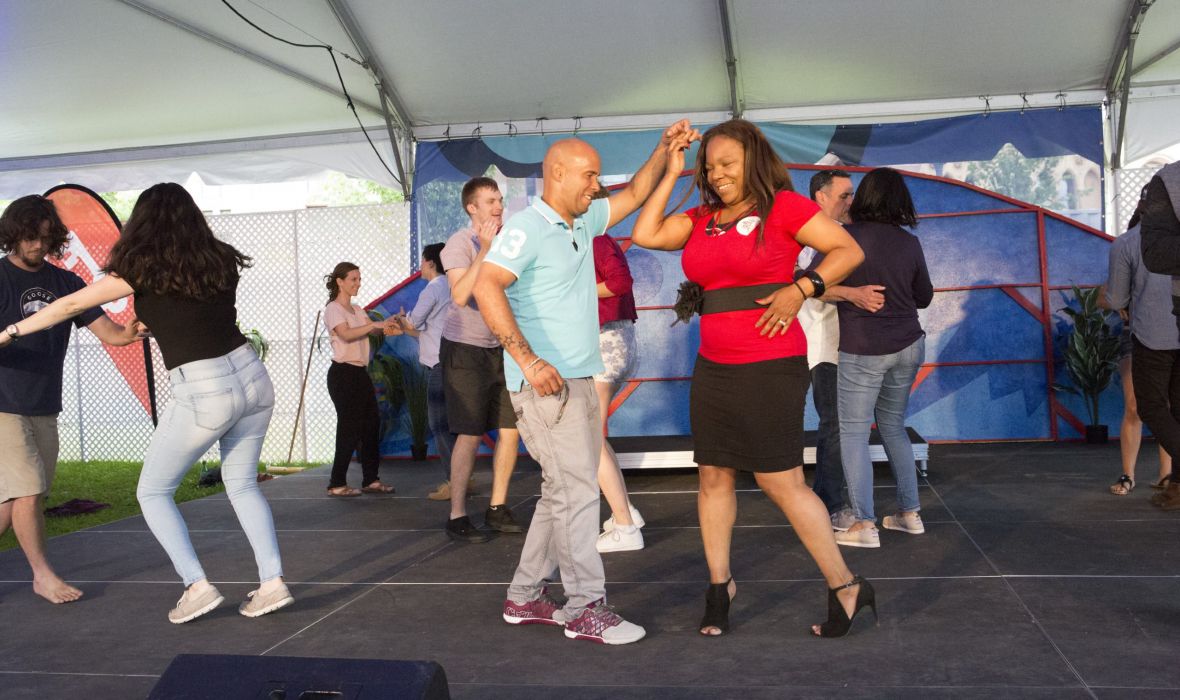 Alejandro Ulloa, a native of Nicaragua, international freelance artist Alejandro Ulloa began his dance training at the Escuela Nacional de Ballet de Nicaragua under the direction of maestro William Herrera, and launched his professional dance career with the Compa a Ballet de Nicaragua where he quickly became a principal dancer. He was later invited to be part of the contemporary company Danza Contempor nea Universitaria UNAN-Managua. In 2015, Alejandro launched the first-ever ballet and neoclassical ensemble at the Nicaraguan University, where Alejandro became the Cultural Promoter for the Universidad Nacional Aut noma de Nicaragua, as well as Director for the “Taller de L neas Cl sicas”. Later that year, he also became co-producer, teacher, and choreographer for Compa a Ballet de Nicaragua, as well as a ballet and contemporary teacher at the Escuela Nacional de Ballet de Nicaragua. Alejandro’s vast repertoire has ranged from classical to contemporary works, as he has worked with a plethora of directors and choreographers. He has danced for Gainesville Ballet, Danse Etoile in Costa Rica, Connecticut Ballet, Island Moving Company, Neglia Ballet, Ajkun Ballet Theatre, Connecticut Ballet Center, New Haven Ballet, among others. He has also participated in many festivals, such as Jacob’s Pillow Festival in Lenox, Massachusetts, APAP Festival in New York City, Bitef Theater and Terazije Theater in Serbia, the International Ballet Gala in Nicaragua, the 50th anniversary of Universidad de Campeche-Mexico, Fundacion Ballet de El Salvador, and Great Friends Dance Festival in Newport, Rhode Island, Fairfield County Dance Festival, among others. In addition, Alejandro was an integral part of the Art and Science Unite as Psychological Treatment in Adults and Youth Workshop, developed by the Yale Hispanic Mental Health Clinic, and in 2016 he was awarded the “Artist of International Projection of the Year” by the Nicaraguan Artist Association.

Alejandro is currently a member of Thomas Ortiz Dance Company, Ballets with a Twist and Kathryn Posin Dance. He is also a dance instructor for New Haven Ballet, New England Academy of Dance, Karissa House of Movement, and Goodman Performing Arts Center. Alejandro is the Co-Founder and Artistic Director of East Coast Contemporary Ballet.

Alisa is the Dance Director and Artist Development Liaison at Alisa's House of Salsa, located in New Haven, Connecticut. Proudly, this accomplished Dance company is going on their 20th year in Business. Just recently, Alisa relocated her Studio from downtown New Haven to the art-filled Westville area. Her dancing journey began at the age of three. Alisa eventually went on to obtain her Dance Masters Of America (DMA), Professional Teaching Certificate.

While Attending College at Northeastern University, Boston, MA, Alisa majored in Criminal Justice and minored in Political Science. She would attend dance theory classes to stay connected with her passion. After college, she went on to join the family business, a General Contracting firm in which she ran for 13 years. Alisa felt she needed an outlet, so in 1998, she decided to take a Latin “Salsa” dance class. Instantly, Alisa was addicted to the music, the movements, the spirit of Salsa dancing. In September of 2000, Alisa opened Alisa’s House of Salsa and has taught thousands of people to dance. She has been featured on MTV, VHI, and ABC.

Quilan “Cue” Arnold (MFA) is a dance professional based out of Union City, NJ and Austin, TX. He has been a member of companies such as Camille A. Brown and Dancers (NY), Rennie Harris Puremovement (PA), Abby Z and the New Utility (NY), and Enzo Celli Vivo Ballet (NY). Quilan’s most recent choreographic work, “Searching for a True Move: A Usonian Movement Alphabet Journey,” was virtually presented at Western Washington University (WA) in 2020 and Brigham-Young University (UT) in 2021. Quilan is the co-founder of the Street/Club Dance podcast, “The Good Foot Podcast,” executive director of the Street/Club Dance documentary, “Build’N Shop,” which is partially funded by the 2018 Ohio State Dance Preservation Grant; and co-founder of the online battle event, “Dominate from a Distance.” As an educator Quilan currently serves as a faculty member at University of Texas- Austin’s (TX) Dance Department. Hunter College (NY), Marymount Manhattan College (NY), and Towson University (MD) are recent teaching appointments. Additionally, Quilan hosts an online Hip-Hop course, “Get Groovy.

Sinque Davon is a choreographer from New Haven, CT. His style revolves around performance, energy, and fast pace movements. He’s currently working on getting his self-proclaimed production company “Sinqwezzy Productions” off the ground to collaborate in various aspects of the arts behind and in front of the camera.

Jasmine McPherson is a 22 year old aspiring dancer and choreographer! She dances full time with Studio-8-Sixty, in all styles of dance. Some include modern, jazz, popping and locking, hip hop, and contemporary. Jasmine currently dances for the 860 Dance Crew Senior division dance team, the WNBA Connecticut Suns dance team, as well as The Hartford Dance Collective. Aside from dancing, she teaches a youth Jazz class and Co coaches the 860 Dance Crew Junior division team. Jasmine also choreographed musical plays, “Ebony Annie” and “Hairspray! A Soulful Rendition”, for Act Up Theatre; a local theatre company in Hartford for kids. Working with Act Up is important for her because it’s a way for her to always give back to her community of all ages and expand on her artistry. When Jasmine isn’t teaching, performing on the stage or court, she enjoys working retail and staying in tune with the latest fashion styles and trends. In the future Jasmine hopes to make it on Broadway to be her favorite musical Chicago.

Ch'Varda is a Producer/DJ/Artist based in CT. She started her journey back in 2015, and has been making music and art ever since. Ch'Varda's mixes are a reflection and expression of her love for music in all forms.

Donnie DuRight is a social media brand, viral content creator, and award-winning actor. Donnie earned an Elliot Felids (NKA Ballet Tech) dance scholarship and danced professionally until his mid-twenties, then transitioned into film. With several viral web series, Donnie DuRight has been a trendsetter on social media for over a decade. Donnie has appeared in television series, ads for LinkedIn, celebrity correspondence for HuffPostLive, and write-ups in Out Magazine and Essence Magazine, to name a few. Donnie is also an avid traveler and travel content creator.