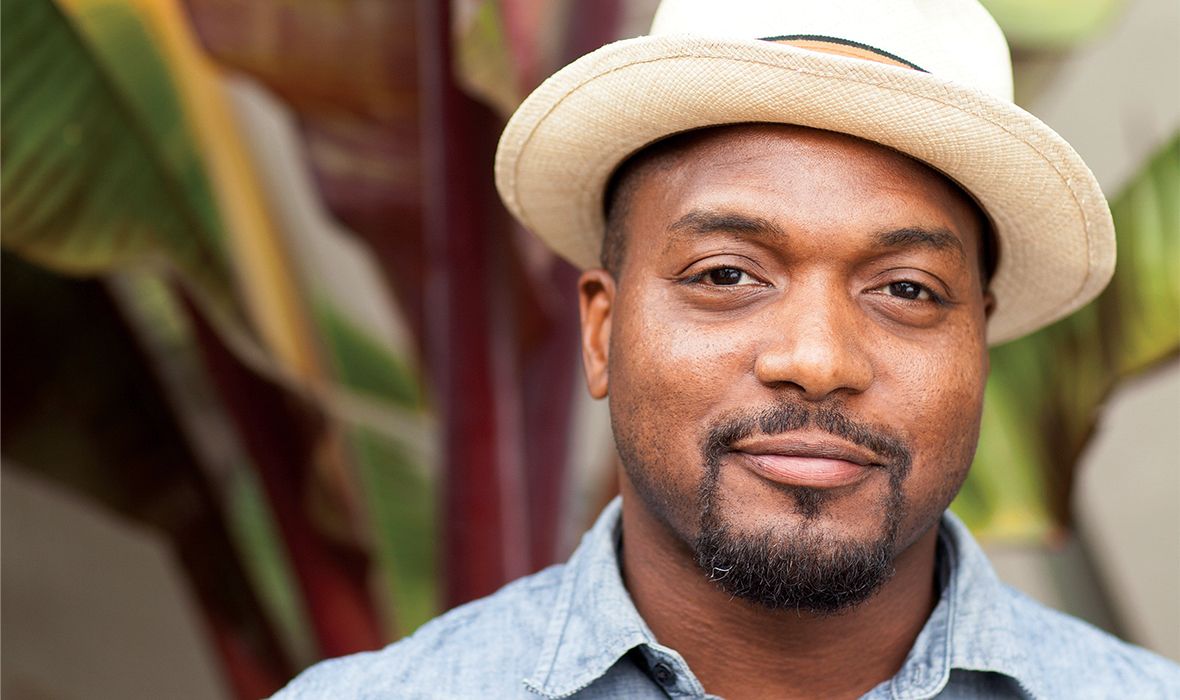 For indoor events, we will be checking vaccination status and asking for mask use for indoor events when not eating or drinking. Please reach out to our box office for questions regarding these policies.

Critically acclaimed author, chef, and food justice activist Bryant Terry discusses his 2022 James Beard nominated books Black Food: Stories, Art, and Recipes from Across the African Diaspora and Vegetable Kingdom. In conversation with New Haven food justice activist and podcast host Tagan Engel, Terry will speak on his curation of Black Food, a stunning and deeply heartfelt tribute to Black culinary ingenuity and foodways, featuring contributions from more than 100 Black food luminaries from around the globe. He will also delve into Vegetable Kingdom where he breaks down the fundamentals of plant-based cooking for family and friends. Terry will cook up one of his favorite recipes while speaking on his wide breadth of work and using his platform to uplift the works of other BIPOC leaders to give rise to a more healthy, just, and sustainable world for all.  As always he will welcome questions and conversation with attendees.

A book signing with Bryant Terry will follow this talk. He will be signing Black Food and Vegetable Kingdom.

Bryant Terry is an NAACP Image Award winner and a James Beard Award-winning chef and educator and the author of Afro-Vegan and Vegetable Kingdom. He is renowned for his activism and efforts to create a healthy, equitable, and sustainable food system. He is currently the chef-in-residence at the Museum of the African Diaspora in San Francisco, where he creates programming that celebrates the intersection of food, farming, health, activism, art, culture, and the African Diaspora. His work has been featured in the New York Times and Washington Post and on CBS This Morning and on NPR’s All Things Considered. San Francisco magazine included Bryant among the 11 Smartest People in the Bay Area Food Scene and Fast Company named him one of 9 People Who Are Changing the Future of Food.

Tagan Engel has worked in food, community building, and liberation work for over 25 years. After a decade of work as a chef and entrepreneur in NYC and Boston, she stepped out from behind the stove to integrate food and social justice work in New Haven, where she was born and raised. Tagan has worked with New Haven Public Schools, Yale University and multiple local businesses on sustainable sourcing; with CitySeed on farm to city food access, food business mentorship, school and community gardens, and many other programs to address racial and economic inequities in the food system. She was Chair of the Haven Food Policy Council, spearheading the first community-driven food policy for the City and established the Food System Policy Director position in City government. Tagan is the Executive Producer of The Table Underground podcast and website, a Resident Fellow at the Yale Center for Business and the Environment, and a Mentor with Collab. She is also a founding board member of Soul Fire Farm, an advisory board member of Linke Fligl, and a member of Tzedek Lab. She is published in Martha Stewart Magazine, The Arts Paper, and wrote and published the bilingual community cookbook New Haven Cooks/Cocina New Haven.