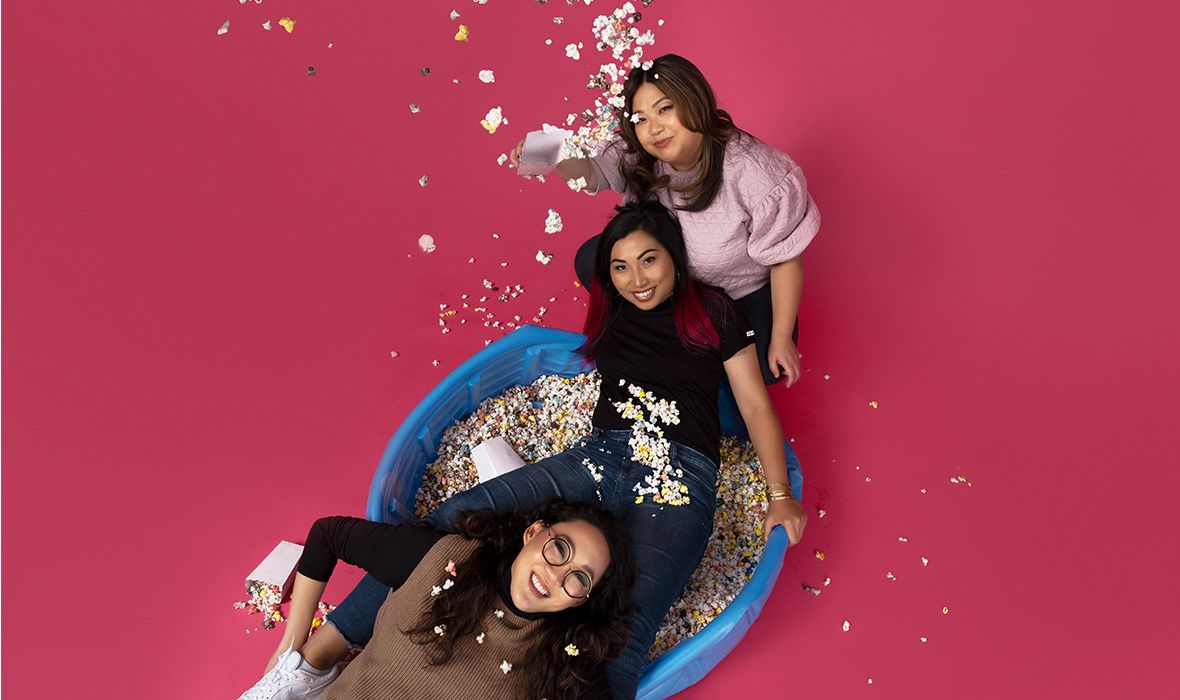 Since the onset of the COVID-19 pandemic the United States has seen an uptick in violence against Asians. Funny Asian Women Kollective (FAWK) combats the invisibility and dehumanization of Asian, Pacific Islander, and Desi American (APIDA) women using humor and comedy. The discussion is presented by FAWK, a collective founded in 2014 by May Lee-Yang and Naomi Ko to offer Asian American women a space to tell their truths and moderated by founder of aapiNHV and social & food justice advocate Christine Kim.

Funny Asian Women Kollective (FAWK) was founded in 2014 by Saymoukda Duangphouxay Vongsay, May Lee-Yang, and Naomi Ko to combat the invisibility and dehumanization of Asian American women using humor and comedy. Too often, we’re asked to censor ourselves so we don’t make our communities “look bad” or reflect problematic stereotypes of the hyper-sexualized Asian woman or the submissive, oppressed one. FAWK is an uncensored space where Asian American women can tell their truths without compromise.

Christine is a food and social justice activist focused on community-based solutions, with a prior career in data-driven international environmental policy. She received her bachelor’s degree from Yale with a double-major in Political Science and Ethnicity, Race, and Migration and a master’s in International Relations. She is the Founder of aapiNHV, a new organization combating discrimination and hate by connecting, supporting, and amplifying the Asian American Pacific Islander voices and actions with an anti-racist foundation in New Haven, CT, and beyond. Christine currently is the Board Co-chair of CitySeed, a New Haven-based nonprofit aimed at an equitable, local food system, and is an active member of the New Haven Food Policy Council and its Food Justice Accountability working group and a newly appointed member of the Connecticut Department of Agriculture’s Diversity, Equity, and Inclusion Working Group. She also serves on the Boards of the New Haven Urban Resources Institute, Community Fund for Women & Girls at the Community Foundation for Greater New Haven, Connecticut Collective for Women and Girls, and Calvin Hill Day Care Center. She is also a Fellow of Saybrook College at Yale University. Christine lives in New Haven with her husband and two young children.