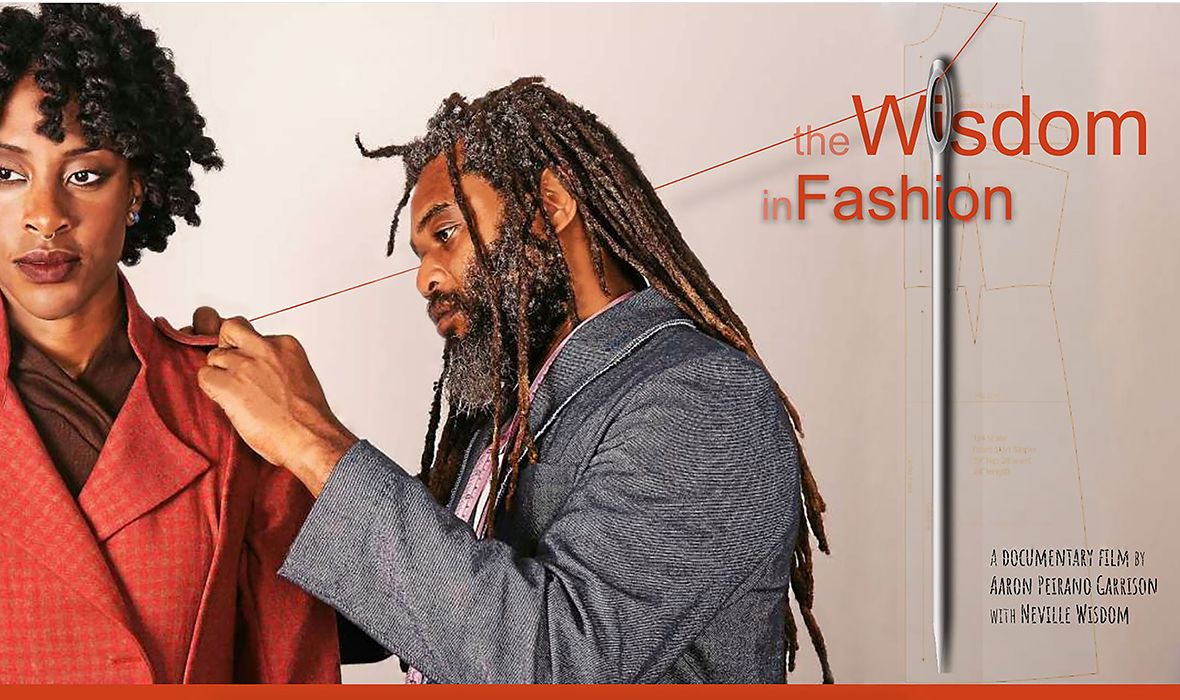 The Wisdom in Fashion

A film screening with Jamaican designer Neville Wisdom, whose self-titled clothing boutique in New Haven has become a local favorite. The event will include a screening of the documentary film The Wisdom of Fashion, which goes behind the scenes into Wisdom’s creative process. Wisdom has been designing for more than 25 years and mentors aspiring designers.

Neville Wisdom is the Head Designer and Owner of the Neville Wisdom clothing label based in New Haven, Connecticut. Neville began designing and creating clothing at the age of fifteen, and learned many aspects of the trade from watching a local tailor in his small rural town in Jamaica. Neville is mostly self taught, having picked up his love for creating clothing from a combination of necessity and originality––straying from the norm even as a child.

Neville has been designing clothing for both men and women for over twenty-five years. In 2008, Neville entered the USA fashion scene opening a tiny boutique in Westville and selling assorted small brand clothing without the help of additional employees. Since then, Neville has opened two Neville Wisdom retail locations that exclusively produce and sell his clothing line. The Neville Wisdom Studio focuses on manufacturing clothing of integrity, quality, longevity––all Made in USA.

Neville is a man of the community. He mentors aspiring designers, teaches children at numerous schools and classrooms, hosts on-site field trips, and curates charity fashion shows. He is a man who would give you the shirt off his back, and chances are he probably made it.

Aaron Peirano Garrison explores new and traditional story forms in film and media. He is fascinated by how story-telling through images creates connections inter-culturally and across time. His globally minded practice is informed by a life-long passion for social and cross-cultural engagement and by his prior background in international humanitarian fieldwork in South East Asia, Central and South America. His work aims to create visual interventions inspired by imperative questions and to explore artistic forms in a collaborative fashion. Aaron received his B.A. in Art with a concentration in Film from Yale, where he was an Eli Whitney scholar, a CCAM fellow and a film adviser associated with CCAM and Yale College Arts. His documentaries and media installations have been shown at the Whitney Humanities Center, New Haven Film Festival, the CCAM and the Forte Festival at the University of Alabama among other venues. He regularly collaborates with visual artists, designers and musicians to create out-of-the-box interdisciplinary conversations. Aaron is currently the Media Coordinator for Harvard’s Art, Film and Visual Studies Department, the Film Studies Center and the Carpenter Center.