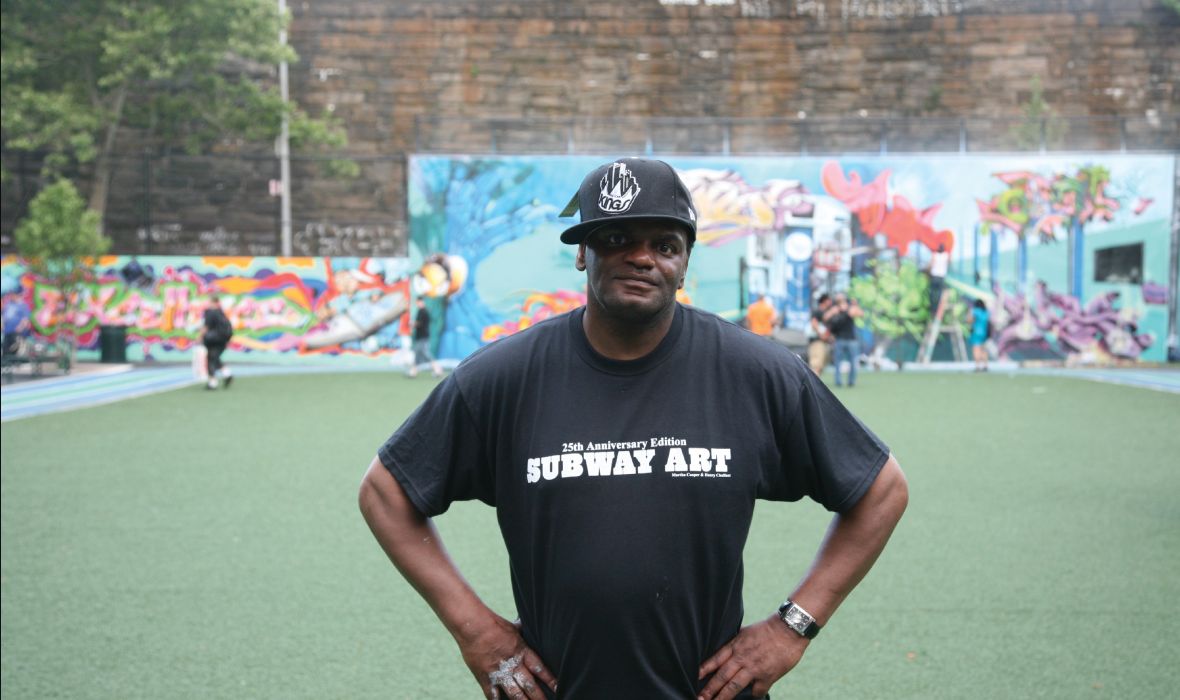 The History of Graffiti

A film screening of "Black Book Graffiti: Word Write Large(The Birth of the Black Book)" and a talk back with James Top, CEO of The Odd Partners Graffiti Crew. The film features black graffiti pioneers like Charmin 65, the first woman to paint on subway trains, and Wicked Gary, a founding member of the Ex-Vandals, the first graffiti crew. Since the 1970s, Top has taken his art indoors where he teaches a graffiti class in the Bronx and exhibits his work.

Black Book Graffiti: Word Write Large Promo. Note: A 30 min version of the film will screen as part of the conversation with James Top

Catch this on our Virtual Stage