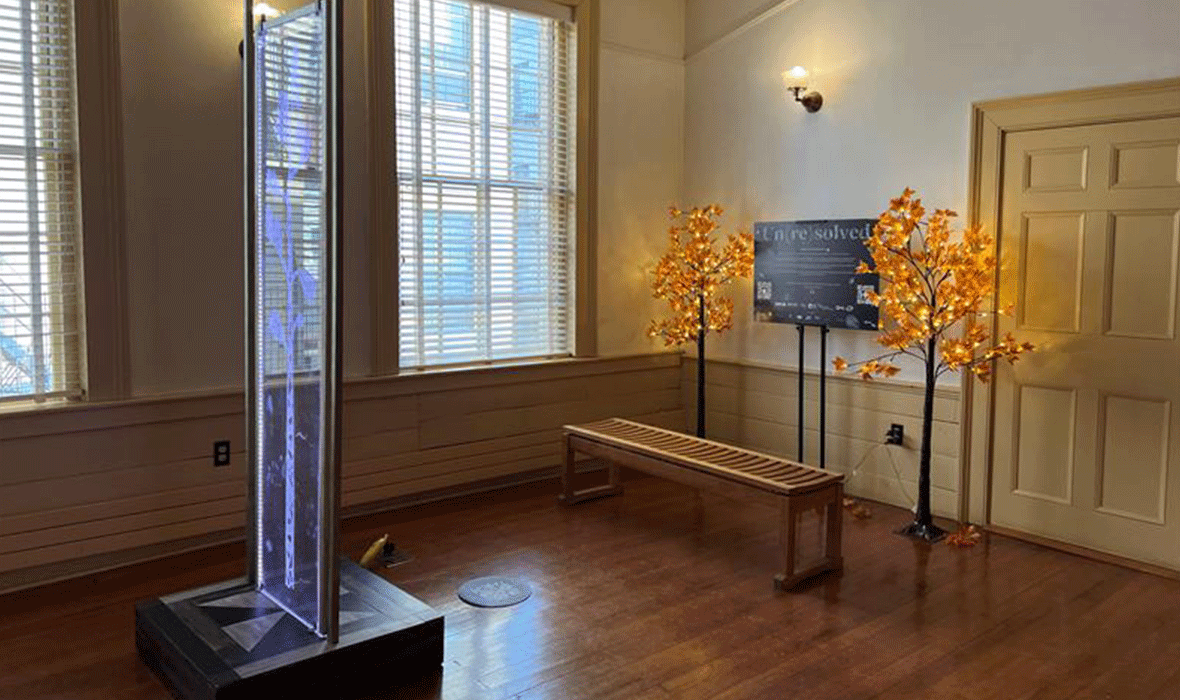 In this virtual event, director and immersive artist Tamara Shogaolu, the creator of Un(re)solved, will discuss the installation in conversation with artist and filmmaker Thomas Allen Harris. The discussion will be hosted by CCAM Assistant Director Lauren Dubowski. Un(re)solved is presented by the International Festival of Arts & Ideas in collaboration with the Center for Collaborative Arts and Media (CCAM) at Yale.

Tamara Shogaolu is the founder and creative director of Ado Ato Pictures. She is an international director and new media artist who strives to share stories across mediums, platforms, and virtual and physical spaces in order to promote cross-cultural understanding and challenge preconceptions. With a track record in featuring her work at film festivals, galleries, and museums worldwide, such as the Tribeca Film Festival, the Museum of Modern Art in New York and the National Gallery of Indonesia, her innovative approach to storytelling has led to sources like The Guardian, Forbes Magazine and Vogue naming her as a leader in the field of new and immersive media. She was a 2018 Sundance Institute New Frontier Lab Programs Fellow, a 2019 Gouden Kalf Nominee, a 2020 Creative Capital Award Recipient, and a 2020 Sundance New Frontier John D. and Catherine T. MacArthur Foundation Grantee. Tamara was a Burton Lewis Endowed Scholar for Directing at the University of Southern California’s School of Cinematic Arts, where she graduated with an MFA. Shogaolu was also a Fulbright Scholar in Egypt, a Luce Scholar in Indonesia, and an Academy Nicholls Fellowship Semifinalist.

Thomas Allen Harris is an award-winning artist whose work across film, photography, and performance illuminates the human condition and the search for identity, family, and spirituality. In 2009, Harris founded a transmedia project that culminated in the national broadcast of Family Pictures USA on PBS, garnering an audience of over 5.3 million. He continues to speak and teach on the value of the family photo album as a tool for social change and is on faculty at Yale University. In 2021, Harris launched the Family Pictures Institute for Inclusive Storytelling to spread the work he has been engaged in over the past 10+ years and expand upon it through robust research, evaluation, scholarly discussion and artistic interpretation. The Institute is funded by The Ford Foundation, Heinz Endowments, the Wyncote Foundation and will be housed at Yale University.

Lauren Dubowski is the Assistant Director of the Center for Collaborative Arts and Media (CCAM) at Yale. She is an artist, curator, and producer with experience in film, journalism, mixed reality, theater, and other disciplines. She has worked with Tamara Shogaolu on award-winning projects with Ado Ato Pictures, as well as with Thomas Allen Harris through his Archive Aesthetics and Community Storytelling film and media production course at Yale. Lauren was a Fulbright research fellow to Poland and a Luce Scholar in Indonesia. She holds an M.F.A. in Dramaturgy and Dramatic Criticism from the David Geffen School of Drama at Yale.

This event will be on our VIRTUAL STAGE.