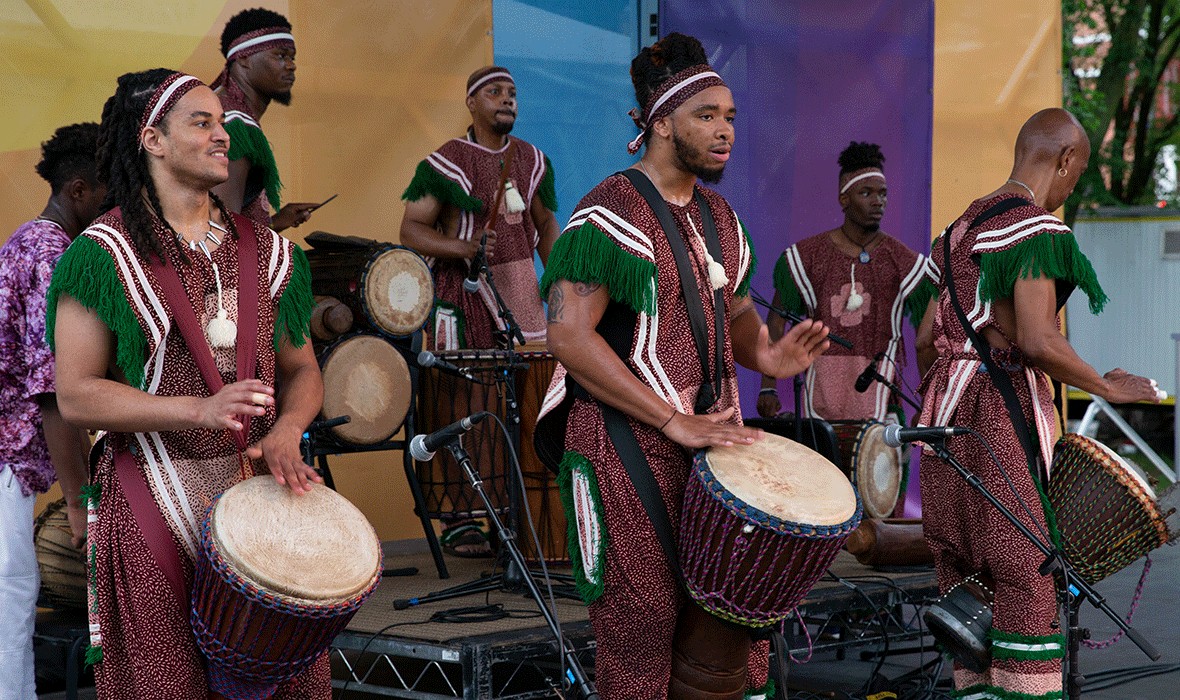 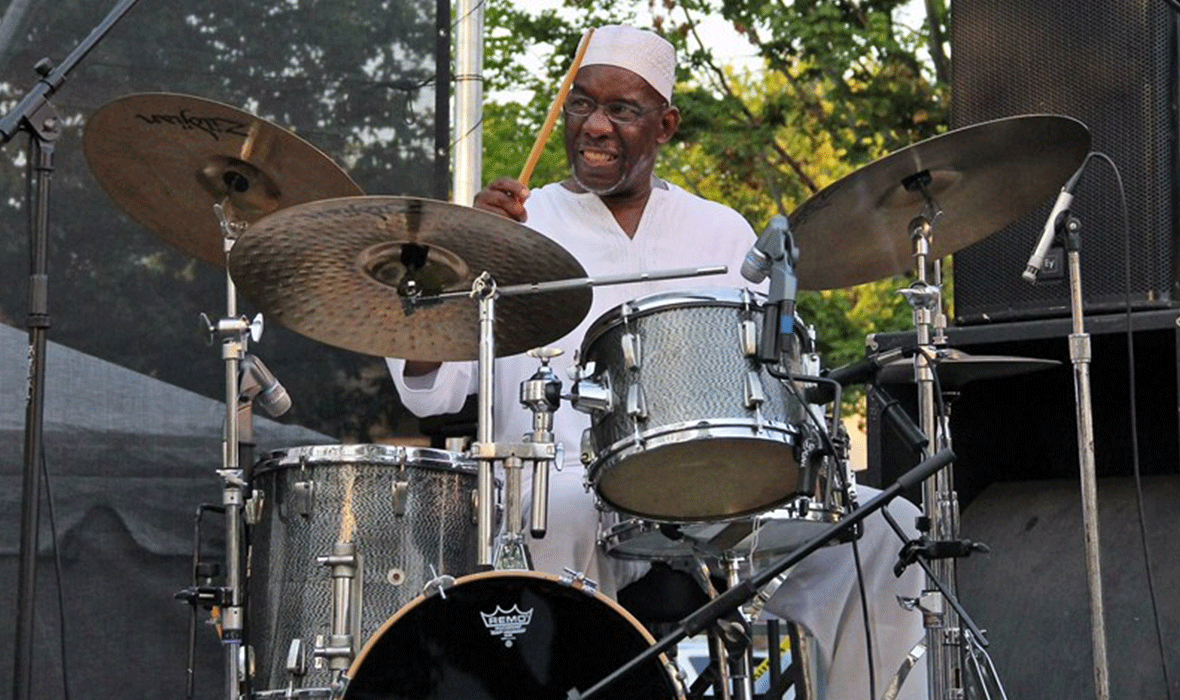 Curated by Hanan Hameen, founder of the Artsucation Academy Network and Official Juneteenth Coalition of Greater New Haven, the Juneteenth festivities will feature a performance on June 18 including a welcome back from Hameen as well as a highlighted jazz performance by Jesse “Cheese” Kilpatrick Hameen II and his jazz band Elevation. Hameen is an internationally recognized Jazz artist and has performed with numerous Jazz legends and other notables, many gone but never forgotten. Among the legends are Stanley Turrentine, Gloria Lynne, Lena Horne, Leon Thomas, Grover Washington, Jr., Jimmy Smith, Curtis Mayfield and Jimmy McGriff.

Juneteenth is the oldest nationally celebrated commemoration of the ending of slavery in the United States. Dating back to 1865, it was on June 19th that the Union soldiers, led by Major General Gordon Granger, landed at Galveston, Texas, with news that the war had ended and that the enslaved were now free (two and a half years after President Lincoln’s Emancipation Proclamation). The Emancipation Proclamation had little impact on the Texans due to the minimal number of Union troops to enforce the new Executive Order; but with the surrender of General Lee in April of 1865, and the arrival of General Granger’s regiment, the forces were finally strong enough to influence and overcome the resistance.

Family Friend-level Insiders are invited to join us in the Alexion Hospitality Lounge for this event! LEARN MORE

Drummer Jesse “Cheese” Hameen II is a Musician who is dedicated to utilizing his music to entertain and inspire people to attain a higher level of consciousness and human excellence. Jesse hopes the positive and educational messages in his music will encourage others to know conditions can be changed and that they can better their lives.

Born in New Haven, CT as “Jesse Kilpatrick, Jr.”, Hameen’s family upbringing and deeply-rooted background in gospel music, prepared him for his future in Afro-Cuban, R&B, and Jazz. At the age of ten (1951), Jesse and his friends formed an Afro-Cuban band named The "Cuban Knights". The band was lead by their teachers, Paul Huggins and Bill Fitch. The “Cuban Knights” performed in the New Haven area for about two years. Jesse began successful road tours in 1963 and has since traveled and performed extensively throughout the United States, Europe, Africa, the Caribbean, Canada and Mexico. He has been leading his own group, "Elevation", since 1976.

Jesse has performed with countless musicians throughout his professional career which spans more than 60 years and continues to this day! Jesse is President and Founder of Inspire Productions Recording Company, which has released “Give Your Life to God” and “Sign Of The Times” by Jesse Hameen Il, “Why Don’t You Say, Yes Sometime?” by trombonist Benny Powell and “Hit It” by the Neo Bass Ensemble.The company has produced two releases for the Savant Record Label, “Thanks To You” and ” Moving Out” by vocalist Ms. Irene Reid, Jesse "Cheese" Hameen ll has taught music as an adjunct professor at The Hartford Conservatory of Music, Betsy Ross Arts Magnet Middle School, ECA (Educational Center for The Arts High School), both in New Haven, CT, Clara Muhammad School in Corona NY, Jazzmobile in NYC. He has participated in workshops and seminars in the NYC public schools and libraries for over fifty years.

Jesse is currently on the faculty of Neighborhood Music School (NMS) and is the Director of the NMS Summer Jazz Program (New Haven, CT). He also teaches a course at Gordon College in MA. Jesse is one of the founders of the rejuvenated New Haven Jazz Festival, started in 2008. He is on the Board of Directors for Jazz Haven, which is the presenting organization for the Jazz Festival. He is also a Commissioner for Arts and Culture in New Haven, CT.

I was born and raised in New Haven, CT. Graduated from St. Martin de Porres and James Hillhouse HS. My earliest memories of singing in front of people was at St. Luke's Church with my best friend in the junior choir. I have always loved to sing and dance, which I did in my youth here. After graduating from Boston University with a Computer Science degree, I dabbled in acting. Snagged a couple of extra spots on the “Spenser for Hire,'' set in the ‘80’s. I returned to CT after my sister’s death in 1989. Re-established roots, started a family, and eventually returned to singing and dancing(liturgical) in church. Today, my focus is singing contemporary gospel and praise songs but I still love traditional hymns.

There is always a SHOUT of Praise when the oppressed are set free. I am a "Praiser!" I love to sing songs of praise! I sing because I understand the {Healing/Medicinal} power of blending music and words. As I grow in my gift of song, I hope to create original works to contribute to the library of Contemporary Gospel/Praise & Worship music.

I, too, was born and raised in New Haven, CT. I began to excel in the performing arts in the 6th grade at Betsy Ross Arts Magnet school. My talent, interest, and skills in the performing arts and musical creations flourished while attending CooperativeArts and Humanities High School. I’ve created a platform for myself in the spectrum of musical production and photography. I have very early memories of watching my mom singing, sitting through long rehearsals, and performances. I am a singer at heart! In 2020, I started writing music and here we are today- putting my emotions and experiences to music on a digital platform.

The Bambara Drum and Dance Ensemble of the Bronx, NY, is led by founder and master drummer Joseph Barnes and Artistic Director and master teacher. Jewel Love, a NYC dance educator of 25 plus years. Bambara brings the black aesthetic from its beginnings in Africa to the present day with high energy and creativity, highlighting traditional repertoires from West and Central Africa, Cuba, and the United States as true keepers of the culture. The Bambara drum and dance ensemble is not to be missed with their authentic, pulsating and acrobatic techniques that will make anyone feel the richness of African drum and dance.

The Keepers of the Culture Performing Arts Company (KCPAC) was created by Ms. Hanan Hameen, Doctoral Candidate, as a means to display cultures of the African diaspora through live dance, song, and music. Our members include our Artsucators who teach and facilitate programs in the community and schools using the Artsucation curriculum and teaching methodology. Artsucation™ is the formal and successful interdisciplinary application of the Arts as creative sciences with traditional academic subjects. Our mission is to provide young people, ages 3 to 21, with passion, drive, and creative and leadership skills in order to elevate their sense of self-worth and make them more productive adults in society by offering instructional programs in dance and music that are embedded with history, literacy and social context elements, whereby the participants will be given responsibilities and opportunities to experience success in every lesson.