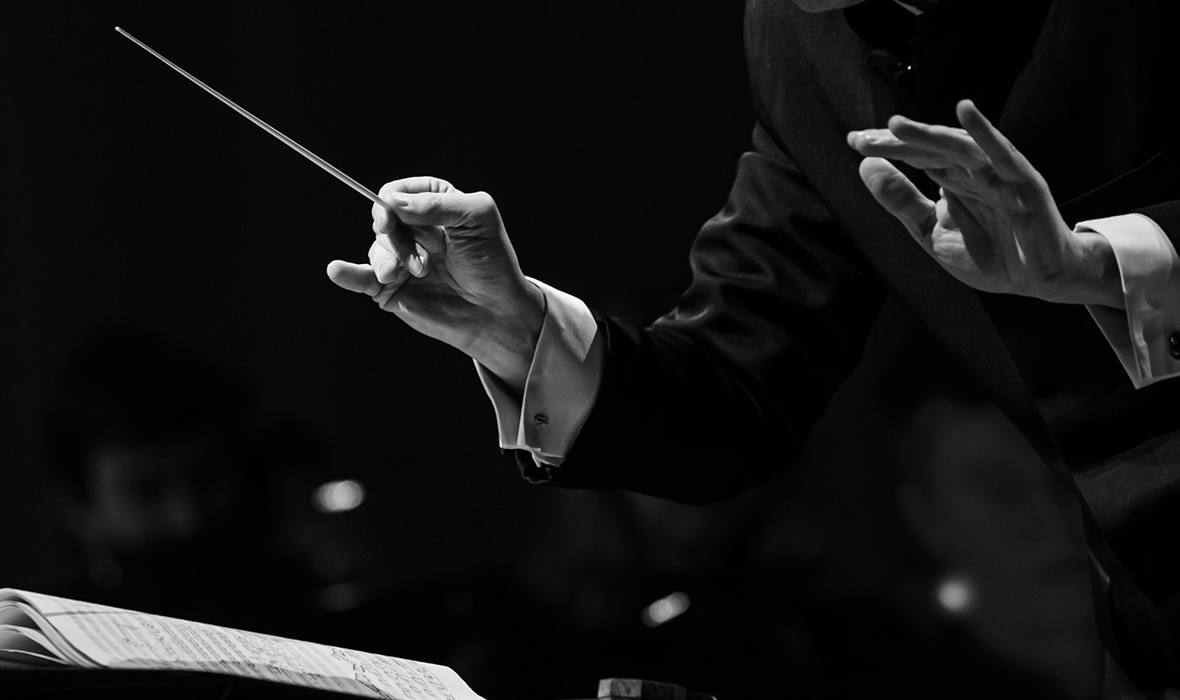 In partnership with the New Haven Symphony Orchestra

See the next generation of composers fill the stage with their works. The New Haven Symphony will perform new compositions for piano trio by the NHSO Young Composer Project, a statewide cohort of high school students under the tutelage of composer in residence Joel Thompson.

128 years after its inaugural performance, the New Haven Symphony Orchestra (NHSO) continues its legacy of artistically excellent performances, award-winning education programs, and innovative approach to community engagement. The fourth-oldest orchestra in the United States, in a typical season the NHSO performs for more than 40,000 audience members, including 20,000 students.

Under the leadership of Music Director Alasdair Neale, as well as Principal Pops Conductor Chelsea Tipton, II, the orchestra has achieved a level of artistic excellence that has generated excitement and new opportunities.

The Symphony’s commitment to Diversity, Equity, and Inclusion informs all of its work. The NHSO is one of only nine orchestras nationwide to be awarded back-to-back Futures Fund grants for innovation and its diversity, equity, and inclusion work. Through the Harmony Fellowships for Underrepresented Musicians, Board Directors, and Administrators, as well as numerous education and community engagement programs, the Symphony strives to be a leader for racial equity in the arts. These ongoing efforts have earned the NHSO recognition and awards from the League of American Orchestras, the Getty Foundation, the National Endowment for the Arts, the Community Foundation for Greater New Haven, and the Greater New Haven Chamber of Commerce.

Composer in Residence at NHSO

Joel Thompson is an Atlanta-based composer, conductor, pianist, and educator, best known for the choral work, Seven Last Words of the Unarmed, which was premiered in November 2015 by the University of Michigan Men’s Glee Club and Dr. Eugene Rogers and won the 2018 American Prize for Choral Composition. In August 2021 he premiered another new work in Boulder at the Colorado Music Festival; the piece sets the writings of James Baldwin to music. Thompson’s works have been performed by esteemed ensembles such as the Atlanta Symphony Orchestra, Tallahassee Symphony Orchestra, Atlanta Master Chorale, Los Angeles Master Chorale, EXIGENCE, and the San Francisco Gay Men’s Chorus. Currently a doctoral student at the Yale School of Music, Thompson was also a 2017 post-graduate fellow in Arizona State University’s Ensemble Lab/Projecting All Voices Initiative and a composition fellow at the 2017 Aspen Music Festival and School, where he studied with composers Stephen Hartke and Christopher Theofanidis and won the 2017 Hermitage Prize. Thompson taught at Holy Innocents’ Episcopal School in Atlanta from 2015 to 2017, and also served as Director of Choral Studies and Assistant Professor of Music at Andrew College from 2013 to 2015. Thompson has a B.A. in Music and an M.M. in Choral Conducting, both from Emory University.