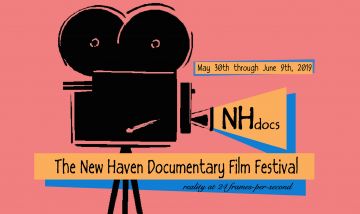 NHdocs 2019, which runs for 11 days beginning on May 30, will feature over 100 documentaries screening at five venues across New Haven, along with a student film competition, filmmaking workshops, awards, works-in-progress screening, parties, film panels, musical performances, and a very special tribute to the one and only Michael Moore.

NHDocs events are NOT included in the Arts & Ideas Fast Pass. If you wish to guarantee your seat at an NHDocs screening or conversation, please purchase a pass through NHDocs >

The Connecticut Premiere of The Sweetest Land, from Central Connecticut State film professor Jeffrey B. Teitler. A documentary filmed in Hartford which investigates the real story of violence, prevention and politics, where complacency can no longer be an option.
Screening at Whitney Humanities Center Auditorium, 53 Wall Street, New Haven.

A screening of The AeroPress Movie, a documentary about one of the most beloved yet misunderstood coffee machines of all time.  The screening is followed by a coffee tasting and AeroPress demonstration from Barry Levine of Willoughby's Coffee & Tea, recently named one of the 12 best coffee roasters in the U.S. by Forbes Magazine.
Screening at Whitney Humanities Center, room 208, 53 Wall Street, New Haven.

Compassion Fest presents The End of Meat, a groundbreaking documentary envisioning a future where meat consumption belongs to the past. Immediately following the screening there will be a panel on the virtues of veganism. There will also be vegan food trucks serving food in the courtyard beginning at 3:00pm.
Screening at Whitney Humanities Center Auditorium, 53 Wall Street, New Haven.

Waiting - The Van Duren Story, a love letter to the musician that could have helped to define a generation, from directors Wade Jackson & Greg Garey.  Van Duren & Friends will perform live!
Screening at Café Nine, 250 State Street, New Haven.

A 10th anniversary screening of Brendan Toller's I Need That Record, which examines why over 3000 independent record stores have closed across the U.S. in the past decade.
Screening at The District, 470 James Street, New Haven

The Ballad of Fred Hersch, an intimate portrait of one of today’s foremost jazz pianists, with a performance by the legendary pianist following the screening.
Screening at Whitney Humanities Center Auditorium, 53 Wall Street, New Haven.

NHDocs: Screening of Hearts and Minds (1974)

This film recounts the history and attitudes of the opposing sides of the Vietnam War using archival news footage as well as its own film and interviews. A key theme is how attitudes of American racism and self-righteous militarism helped create and prolong this bloody conflict.

Following up on 'Bowling for Columbine', film-maker Michael Moore provides deep and though-provoking insights on the American security system, the level of paranoia, fear, uncertainty, false values and patriotism, which all combined together to set a stage for George W.

followed by conversation with Moore, Pennebaker and Hegedus

A documentary about the closure of General Motors' plant at Flint, Michigan, which resulted in the loss of 30,000 jobs. Details the attempts of filmmaker Michael Moore to get an interview with GM CEO Roger Smith. Read more on IMDb here >

Followed by a conversation with Moore, Pennebaker, and Hegedus

The United States of America is notorious for its astronomical number of people killed by firearms for a developed nation without a civil war. With his signature sense of angry humor, activist filmmaker Michael Moore sets out to explore the roots of this bloodshed.

Capitalism: A Love Story examines the impact of corporate dominance on the everyday lives of Americans (and by default, the rest of the world). The film moves from Middle America, to the halls of power in Washington, to the global financial epicenter in Manhattan.

Documentary look at health care in the United States as provided by profit-oriented health maintenance organizations (HMOs) compared to free, universal care in Canada, the U.K., and France. Moore contrasts U.S. media reports on Canadian care with the experiences of Canadians in hospitals and clinics there. He interviews patients and doctors in the U.K. about cost, quality, and salaries.

To show what the USA can learn from rest of the world, director Michael Moore playfully visits various nations in Europe and Africa as a one-man "invader" to take their ideas and practices for America. 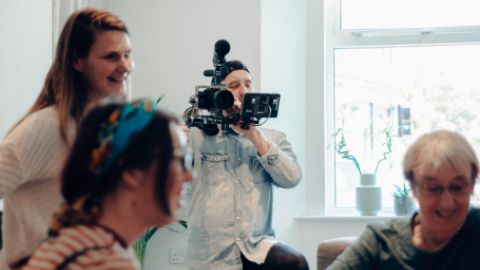 Audience award presentation and screening of the winner of the best feature and best short film.