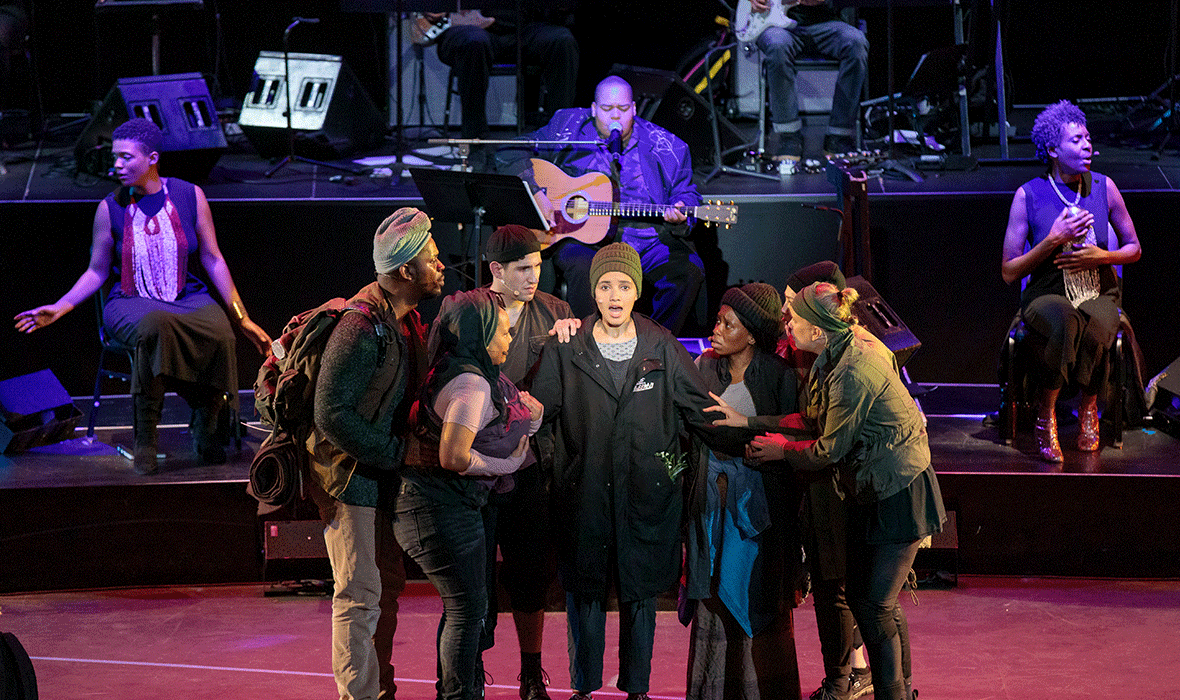 Octavia E. Butler's Parable of the Sower: An Opera by Toshi Reagon and Bernice Johnson Reagon

Co-presented with the Yale Schwarzman Center

PLEASE NOTE: The dates for these performances changed after our Festival Guide went to print. The dates on this page are correct.

A triumphant, mesmerizing work of rare power and beauty that illuminates insights on gender, race, and the future of human civilization, Octavia E. Butler’s Parable of the Sower is “one helluva rock’n’roller-coaster ride.” (Vibe Magazine) This fully staged opera created by Toshi Reagan in collaboration with her mother, Bernice Johnson Reagon, brings together more than 30 original anthems drawn from 200 years of black music to recreate Butler’s sci-fi, Afrofuturist masterpiece. Parable of the Sower explores climate change, political division and other timely issues through the spiritual awakening of Lauren Olamina, a 15-year-old Black girl in a not-too-distant future of climate catastrophe and economic devastation.

A Special Thank You to our Parable of the Sower Champions Circle:

Toshi Reagon has been described as “a talented, versatile singer, songwriter and musician with a profound ear for sonic Americana—from folk to funk, from blues to rock” by critic/blogger Eva Yaa Asantewaa (InfiniteBody). “She masters each of these genres with vocal strategies that easily spiral and swoop from the expressively sinuous to the hard-charging, a combination of warmth and mischief.” While her expansive career has landed her comfortably in residence at Carnegie Hall, the Paris Opera House and Madison Square Garden, you can just as easily find Toshi turning out a music festival, intimate venue or local club. Toshi finds home on any musical stage. Toshi has had the pleasure of working with Lenny Kravitz, Lizz Wright, Ani DiFranco, Carl Hancock Rux, Nona Hendryx, Pete Seeger, Chocolate Genius and many other amazing artists, including her favorite collaborator, her mom, Bernice Johnson Reagon. Yaa Asantewaa writes, “Toshi knows the power of song to focus, unite and mobilize people. If you’ve been lucky enough to be in Toshi’s presence, you know you can’t walk away from her without feeling better about yourself as a human being. She aims for nothing less.” Toshi has been the recipient of a NYFA award for Music Composition, The Black Lily Music and Film Festival Award for Outstanding Performance. She is a National Women’s History Month Honoree, and is the 2010 recipient of OutMusic’s Heritage Award.