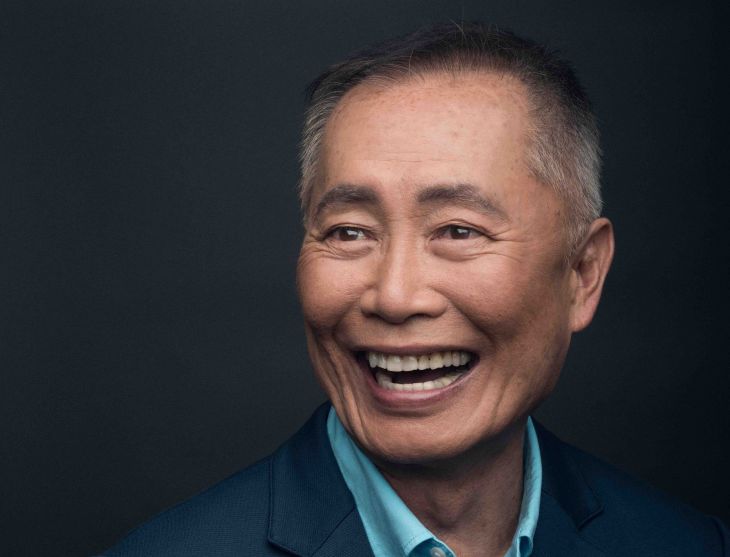 Join the Festival in honoring actor and activist George Takei for his social justice work that has spanned six decades. The pioneering actor, social media superstar, Grammy-nominated recording artist, and New York Times bestselling author has appeared in more than 40 feature films and hundreds of television roles, most famously as Hikaru Sulu in Star Trek, and has used his success as a platform to fight for social justice, LGBTQ rights, and marriage equality.

“We are honored to present our 2020 Visionary Leadership Award to George Takei,” Festival Co-Directors Liz Fisher and Tom Griggs say. “With a career well into its sixth decade, he shows no sign of slowing down. His remarkable and varied contributions to our American popular culture are surpassed only by his passionate advocacy to improve the lives of his fellow citizens.”

Takei's advocacy is personal: During World War II, Takei spent his childhood in United States internment camps along with 120,000 other Japanese Americans. He now serves as chair of the council of governors of East West Players, a member of the Human Rights Campaign, Chairman Emeritus of the Japanese American National Museum’s Board of Trustees, and a member of the US-Japan Bridging Foundation Board of Directors. He served on the board of the Japan-United States Friendship Commission under President Bill Clinton and, in 2004, was conferred with the Order of the Rising Sun, Gold Rays with Rosette by the Emperor of Japan for his contribution to US-Japanese relations.

The annual Visionary Leadership Award is presented to a leader whose trailblazing work is impacting the world. It was created in honor of Arts & Ideas co-founder Jean Handley, a beloved champion of the arts in the New Haven community. Proceeds from the Visionary Leadership Award Luncheon support work that represents the values and passions of Handley, including world- and US- premieres and community-centered performances.

This event is made possible thanks to our Presenting Sponsors Technolutions and Bank of America with additional support from Canal Crossing at Whitneyville West and Koskoff Koskoff & Bieder.